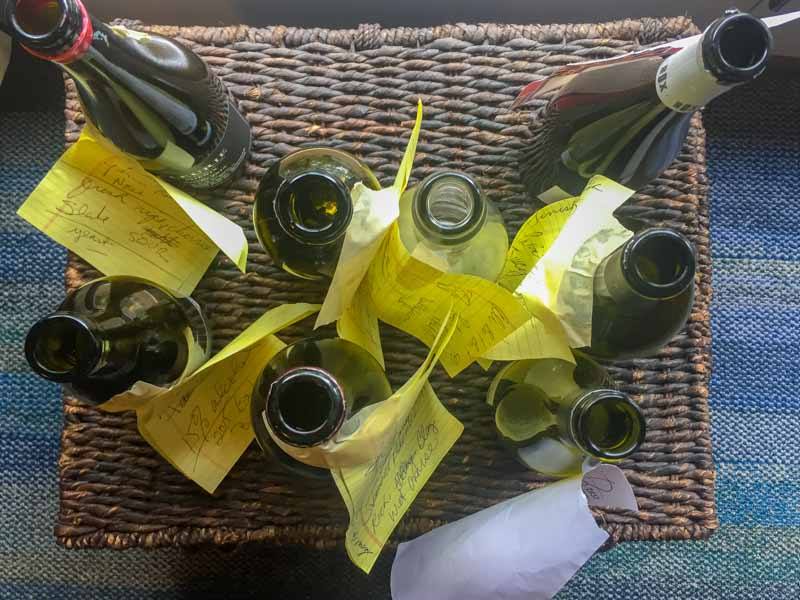 Wine Round Up: Winter

The other night at a dinner party a dear friend thanked me for turning him onto dry rosé wines. He said, At first, he only bought the brand that I shared with him but has since branched out and is trying and finding a slew of new rosé wines he loves.  Additionally, the other day in a conversation with another friend she told me a similar story but then added that since she has started to go to the Strong Coffee to Red Wine wine tastings, she has learned that her wine palate is much broader than she ever imagined. As such she is much more open to trying new wines and, not be drinking the same wine all the time.

I have to say these experiences from friends give me so much joy. This is why I started this blog, to share my adventures in food and wine.  So jump out of your comfort zone and try something new.

What Have We Been Drinking?

This Albariño is from the Rias Baixas {REE-ahs BI-shas} D.O. in Spain. This is a great find for me. It is everything that I enjoy in a white wine. On top of that when Gary saw this bottle he got very excited. Little did I know that he had had it before and just loved it. So this wine has become a “keep on hand wine” as it fits both Gary’s and my palate. 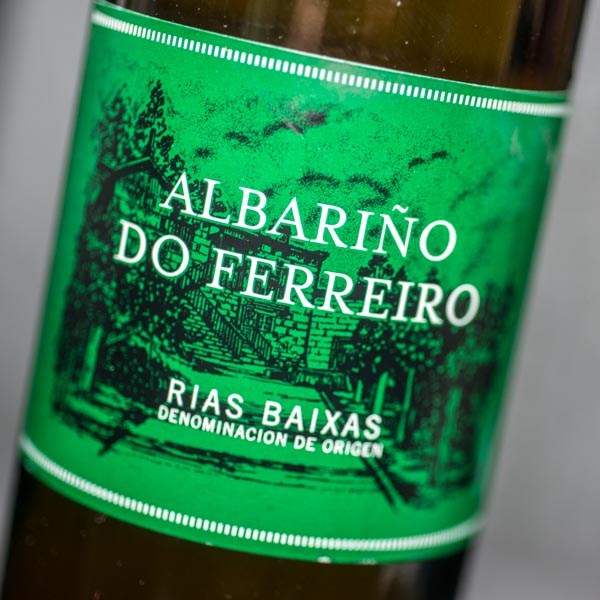 This Spanish white is light, and crisp with just enough acid for a cocktail wine and but will also hold up well with food. Crisp nose of lemon rind and some wet slate. Lemon curd is on the palate along with nice minerality and a hint of salt air. 12.5% ABV. Oh so refreshing. Who is grilling seafood to pair with this gem?

I purchased this wine at Edmunds Oast Exchange for $27.00 (but when added to a case purchase the case discount kicks in – save 15%)

Rias Baixas produces 99% white wine 90% of which is Albariño. Located above the north border with Portugal in the northwest corner of Spain. The western border is the Atlantic Ocean. 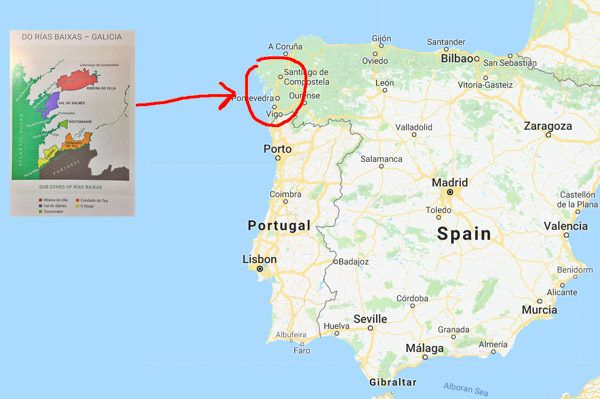 Fuso21 is a long-term project to share authentic local wines (vino sfuso in Italian) with the rest of the world. Using all estate fruit with slow, traditional fermentation and aged in concrete. It’s our kind of daily drinker: affordable, natural, minimally filtered, everyday-delicious wine from an impressive growing area (Colli Tortonesi)

Dense purple with ruby rim. Dark stewed fruit on the nose that follows to the palate. Acid right up front. This is a great pizza wine. AVB I picked up this wine at Monarch Wine Merchants for only $17 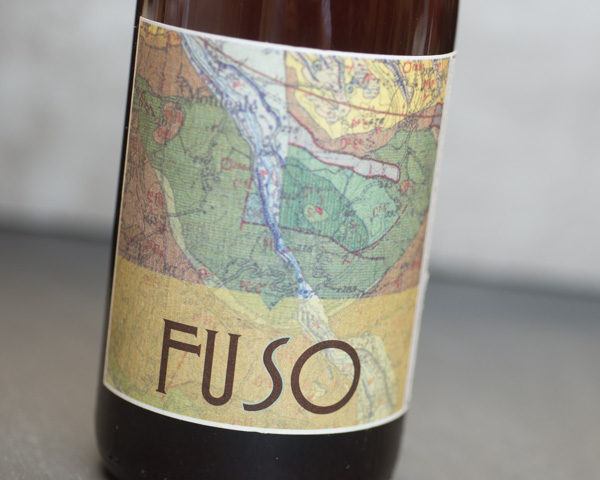 As this wine hits the glass, you can immediately tell that we are in for a treat. Its color is a deep purple, and the nose is earthy. Dark, moist soil permeates the air as you swirl this wine in the glass. Some might say there is a hint of peat. A lot is going on in this glass with pleasing, bright acid right up front. The fruits are stewed and dark. Prunes come to mind. Parching tannins mellow with each sip. In the background is a note of charcoal as you approach the brief but chocolaty finish.  This is a food wine for my palate, but Gary was all over this. 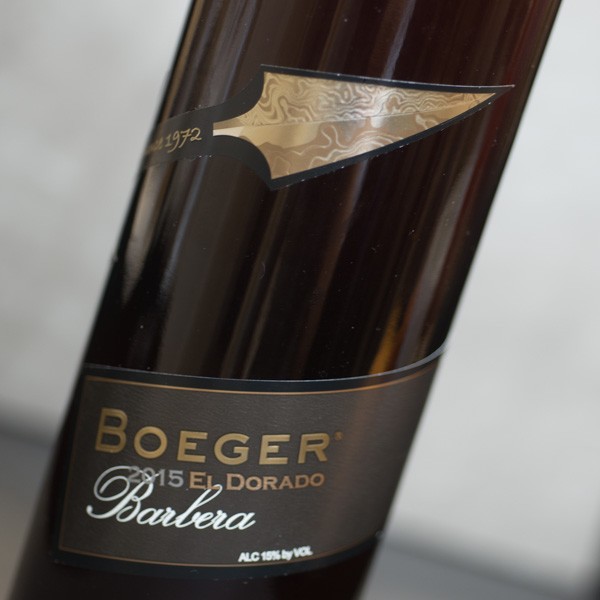 As you drive east from Napa Sonoma through Sacramento heading to a mountain vacation near Lake Tahoe you might be surprised to find vineyards growing on the hillsides. In fact, there was another gold mine in the area, and that was winemaking. By 1870 El Dorado County was among the largest wine producers in California behind only Los Angeles and Sonoma Counties. But as the gold dried up so did the people and so did the vineyards. Once Prohibition hit, that was the end of El Dorado wines virtually disappearing until the late 1960s.

In 1973 Boeger Winery opened, and El Dorado began to build its reputation for winemaking once again.  It may not have the allure of Napa or Sonoma, but with over 2,000 acres of vines and home to approximately 50 wineries, El Dorado is back.

This Barbera was provided to me as a sample at the Wine Bloggers Conference. It is available for purchase direct from the winery. Information about El Dorado County Wines can be found through the El Dorado Winery Association. 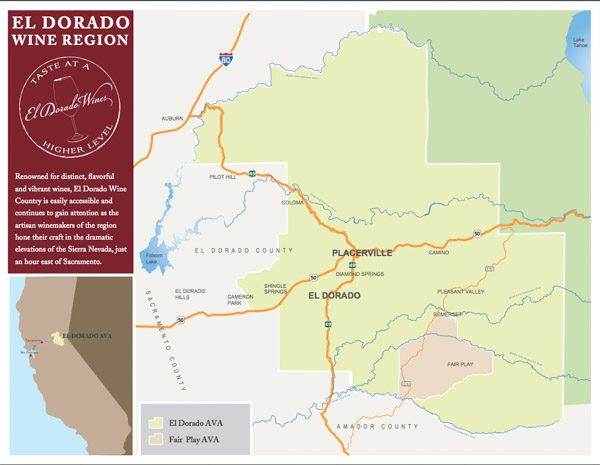 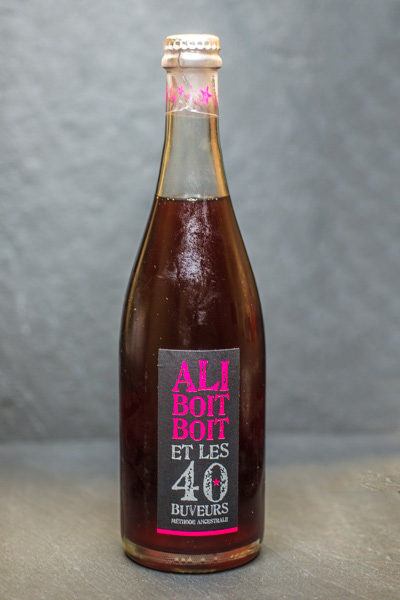 This pèt-nat from Agnes Paquet showed up in a recent club shipment that I have been dying to try. After letting it rest for a couple of weeks after living on a UPS truck for a week during Snowmageddon, we recently popped the crown cap.

Easy, light, only slightly sparkling with big earthy cranberry and cherry flavors on the palate. One the nose are red cherry, bubble gum, and yeast. Low, 8% alcohol, makes this a great brunch beverage. Oo la la! This wine is 100% Gamay. This was a fun drink, and I will try others when given the opportunity.

Pétillant-Naturel (natural sparkling) is the general term for sparkling wine made using méthode ancestrale, or ancient method.  What this means is that the wine is bottled before the first fermentation is finished and there is no adding of any secondary yeasts or sugars as is done with Champagne.

The ancient method produces a simpler, less refined sparkler than Champagne, Crémants and other sparkling wines that use méthode champenoise. It is unfiltered, so it is typically cloudy and will have some sediment from the yeast. It is usually bottled with a crown cap like a soda or beer.

From the Paris Wine Company for $18.00 plus shipping but is now sold out. 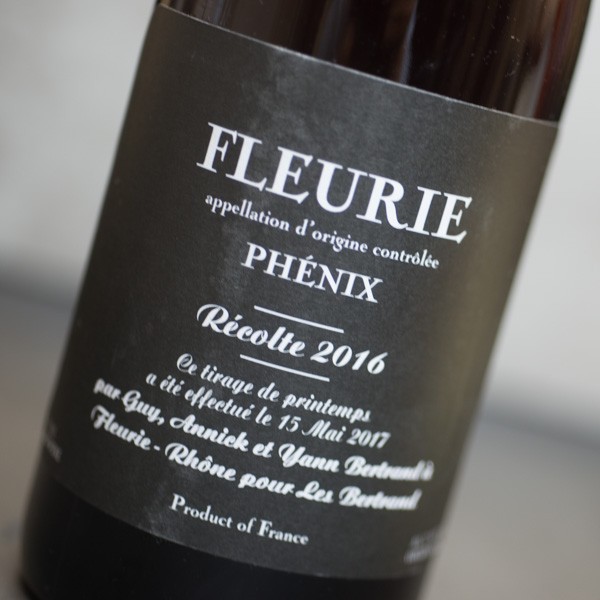 Organic and biodynamic old school Cru Beaujolais from a 25 yr old winemaker from 40-year-old vines. Beautiful. Clean Garnet color with clear edges. Ripe sour cherry, slate and a hint of yeast on the nose. Light, Clean and bright on the palate. Cherry cola and a hint of earthy dust with a quick finish.

From the importer: Yann Bertrand has proven himself to be one of the best young winemakers in the region, and despite a crushing demand for his wines, he lost over 50% of his harvest in 2015 to frost, and then in 2016 two hailstorms wiped out over 90% of his grapes.

And yet Yann Bertrand managed to make some of his finest wines ever. The Bertrand family vines in Le Pré were right in the midst of the hail corridor, but much of Fleurie escaped untouched. Through a friend, Yann was able to purchase grapes from Les Prions vineyard, which is located on the far north side of Fleurie. We had many discussions about how nervous Yann felt making wine from grapes that he did not grow. He called this wine Fleurie Phénix, and this “comeback wine” proves that given any good grapes Monsieur Bertrand simply knows how to make great wine.