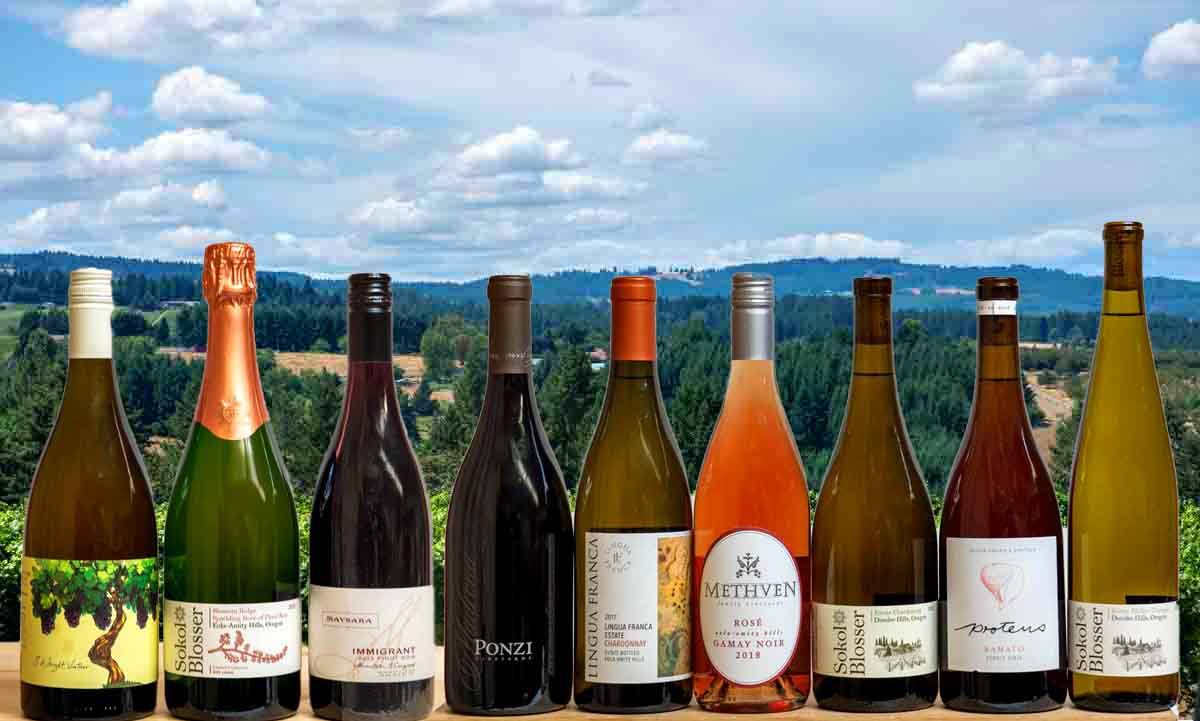 Last week, I was part of the Wine Writer’s Educational Tour (WWET) to Willamette Valley in Oregon. Four intensive days of classroom, tasting, touring and wining & dining throughout the northern section of the Willamette Valley AVA (American Viticultural Area).

Each day, I would rise at 7:00 am to be on the bus by 8:00 am only to return to the hotel around 11:00 pm. Over these four days, I tasted upwards of 140 different wines from wineries all over the AVA. The wines were mostly Pinot Noir, but we also had a session on Chardonnay, Pinot Gris, Riesling, and Gamay as well as one on sparkling wine.

But we also covered many more bases. In one such seminar, we tasted several lesser-known varieties like Kerner, Müller-Thurgau, Pinot Gouges, Arneis, Pinot Blanc, Dolcetto, and Pinot Meunier. One of the most fascinating was a seminar on various farming practices including LIVE Certified Sustainable, USDA Organic, Demeter Certified Biodynamic, Salmon-Safe, and everything in-between. Listening to these farmers describe their farming practices may have been the highlight of the conference. And lastly, we also had a session on climate change and its effect on wine production. The amount of knowledge I consumed was beyond my wildest dream, and it will take weeks to “ferment” it all into manageable information.

Yes, I know. You feel bad for me. It is a tough job, but someone has to do it!

This Started It All

The moment that Jason Lett (David’s son and current Proprietor of Eyrie Vineyards) began speaking about Willamette Valley, I knew I was in for something amazing. You could tell from the passion in his voice that this Valley and the people in it are truly exceptional. This passion was evident with every winemaker and grower we met. There is a level of camaraderie, cooperation, and shared vision that is in their blood. Yes, they are competitors and yes, they are in business to make money, but this seems to be in balance with a greater good. They prop each other up. They share successes and failures. And they lend a hand or a piece of equipment when they can. And when tragedy unexpectedly strikes, they rally to help those in need.

During this visit, I met the Momtazi family. Moe and Flora Momtazi escaped Iran during the 1979 Iranian Revolution. Fleeing Iran in 1979 to Pakistan, then Spain, then Italy and finally to Mexico in 1983 where they crossed the southern border and asked for political asylum. At this point, Flora was eight months pregnant with their first child.  After creating a hugely successful civil engineering firm, he sold it all to live his passion and follow in his grandfather and father’s footsteps as a winemaker. (it was legal in Iran before the revolution). Now Moe and his wife Flora, along with their three American-born daughters, are the family behind Momtazi Vineyards and Maysara Winery.

I learned of Jimi Brooks (Brooks Wine) who in 2004 at the young age of just 38 died from an aortic aneurysm while working in his vineyards. I also learned that his winemaker friends came through for him that year. By donating their time and energy, each taking separate lots of grapes and carry on the tradition of making Jimi’s wine – Brooks style!

Jimi’s son Pascal was eight years old at the time of his death and became the sole owner of the winery. While he now finishes his schooling,  Jimi’s sister Janie Brooks Heuck is the Managing Director and leads the winery until Pascal is ready to take over. Jimi’s longtime friend, Chris Williams, is the current winemaker.

These are just two of the compelling stories that I learned on this journey of Willamette Valley.

Meeting Legends and Tasting Their Wines

I also met Richard and Nancy Ponzi, David Adelsheim, Susan Sokol Blosser and Harry Peterson-Nedry; the remaining first generation of pioneer winemakers of Willamette Valley. While tasting their wines, they shared their personal stories. They also spoke of through their cooperation they planted the seeds that created a wine community that thrives on shared goals and vision. I also met Jason Lett of Eyrie Vineyards, Maria and Luisa Ponzi of Ponzi Vineyards, and Alison Sokol Blosser of Sokol Blosser who are all second-generation winemakers following in their parent’s footsteps.

I am not sure how it gets any better than this, except perhaps drinking the wines. But it did and I have much to share as best I can.

Where is Willamette Valley?

The Willamette Valley AVA (aka wine region) is located south of Portland roughly a 90-minute drive from the Portland airport. Newberg and McMinnville are two popular and quaint small towns where you can find a perfect spot to call home while on your trip.

Tasting the Wine in my Suitcase?

The nine bottles of wine in the featured image (and above) came home with me in my suitcase. (In a checked bag, of course.) I could not have done so without these wine travel sleeves. Just insert a bottle, seal, and pack around your clothes.  The ones I bought use Velcro as the sealing mechanism, so they are also reusable. You can buy now on Amazon. 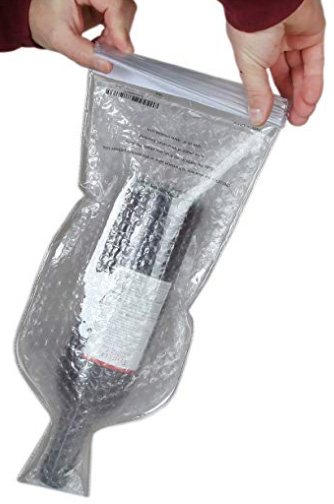 I am going to end this post with a picture of this motley gang of wine writers with whom I shared this trip. Many of whom, I met at the Napa tour in 2018. They are a fantastic group that I am proud to call my friends. 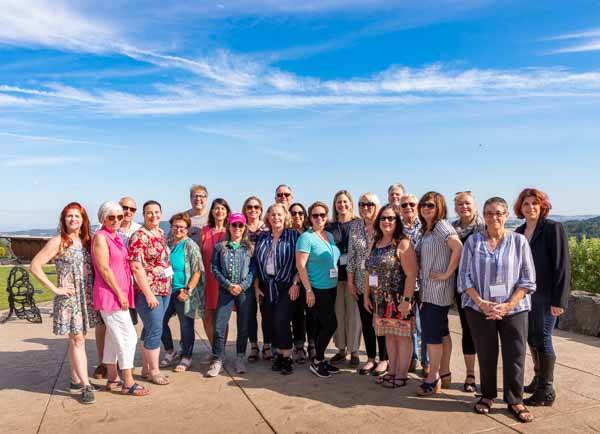 In the meantime, stay tuned for more stories and wines from the Willamette Valley AVA.

I was given this bottle. Who can tell me anything

The vibe at Savi Cucina & Wine Bar is elevated cas

Looking for more boutique wineries to promote to m

Now that @garydeanlink is working from home Happy

Holy moly I have missed sushi. It is not that I c

A Tuesday hangover? A girl's gotta go what a girl'

have I told you how much we love rosé. at any giv

I mean really. And especially now when we have no

Good thing that wasn't my last rosé. I just post