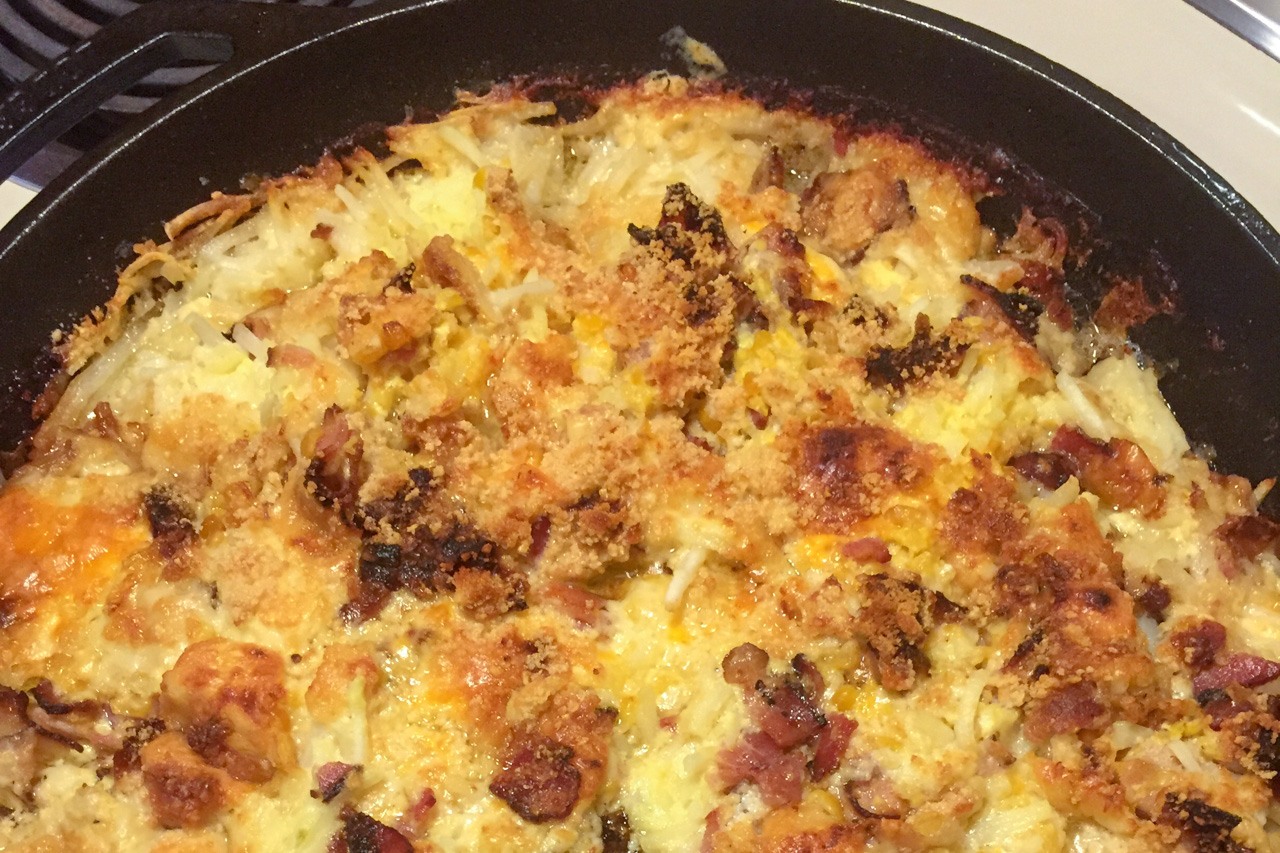 Oh, I know I am dating myself when I use a line from television of days gone by.  This quote, of course, is from the Grandpa Jones long running skit on Hee Haw.   If you look at the linked example of the skit, all I can say is… you had to be there… back when we only had three channels. When apparently things did not have to be funny to be funny.  I can just hear him saying refrigerator casserole. And then describe what is in it.

At any rate, I seem to have become an ingredient collector.  My pantry and my refrigerator are packed with food but yet there is nothing to eat. So I have been on a regimen to use up all that I have collected before I go to the store and add more to this mess and that is why I made what I call a Refrigerator Casserole.  Some might call this a Breakfast Casserole or an Egg Casserole, but I call it refrigerator casserole because I am using ingredients designed to “clean out the refrigerator.”

We had this for dinner although it could have been served for brunch or a weekend breakfast dish. It made a ton, so I am sure it will be for breakfast or lunch too. I even took some over to designer bags and dirty diapers neighbor, Natalie for her and the kids.

Note: I am providing this recipe, but this should be used as a guide so that you too can clean out your fridge. A few things are not measured because I was just tossing in what I had. So some of the measurements may be off a bit.  The volume of hash browns was substantial. I am glad I decided to use my 15″ Lodge Cast Iron Skillet. It is the perfect size for this recipe. Yes, it is heavy, but I use this pan all the time when I want crispy food. You can go to the bottom of the page on the following link for my guide to seasoning cast iron skillet.

5 eggs*
Cashew Milk* (I did not measure this, but it more than doubled the volume)
1-15 ounce can Creamed-style Sweet Corn*
Sour Cream (probably about 3/4 cup to a cup)
1-12 ounce packet of Nueske’s Applewood Smoked Peppered Bacon, chopped into 1-inch pieces
1 Onion, chopped
2 cups Various Cheese scraps*, roughly chopped into 1/2 squares (did not measure but easily 2 cups and could have handled more)
Bread stale and sliced to cover bottom of your skillet or pan
1-30 ounce package, frozen Country-style Hash Browns
Parmesan Cheese

Eggs – Could have had 2-3 more eggs but this was all I had. For me, the potatoes had more of a creamy texture versus a custard texture.

Cashew Milk – we do not drink dairy milk, but it could be used instead

Corn – Could have used two cans of corn or Cream of “any” condensed soup.

Nueske’s Bacon – This is a high-quality bacon like you will not find in the grocery store. It is a lean and well-smoked bacon. It will produce the needed amount of grease to cover the bottom of the skillet and a great smoky flavor. If you are not using this bacon, you may need to remove extra bacon grease from the skillet.

Bacon – If you do not use a pepper bacon you will want to add pepper to this recipe.

Cheese – I had remnants of Colby Jack, Vermont White Cheddar, and a White Finnish cheese but whatever you have would work

Chop the onions and cheese, so they are ready when you need.

Layout bacon pieces on your cast iron skillet. They will overlap and pile on one another. Put in oven and begin cooking.  In approximately 10 minutes check on bacon and using tongs separate and move around the pan for consistent cooking. When the bacon is half way done to your desired crispness, stir in the chopped onion to brown with the bacon. Because I do not like super crispy bacon I cooked only long enough so that the edges got crispy but it was still tender in the middle. Remember it will be cooking more in the casserole.

While the bacon and onion brown, beat together the eggs, sour cream, and corn. Now add enough milk to double the volume.  Blend and set aside.

When the bacon is cooked to your liking, remove it from the pan using tongs leaving the onions in the skillet. Allow the bacon to drain on paper towels. (Now would be the time to remove any extra bacon grease if you believe you have too much. There should be roughly a twelfth to a sixteenth of an inch of grease. 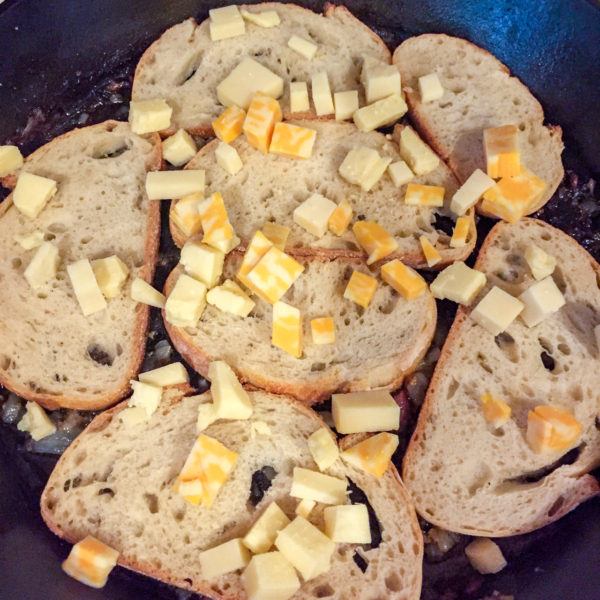 At this point, drop the temperature of the oven to 350 degrees.  Place slices of stale (not dried) bread and cover the bottom of the skillet.  Toss in about a third of your chopped cheese. Dump in the package of frozen hash browns and spread evenly in the skillet. (this will pretty much fill the skillet). Add the bacon and the remaining cheese squares. Then using your hands move the hash browns around, so the cheese and bacon settle into the potatoes just a bit. 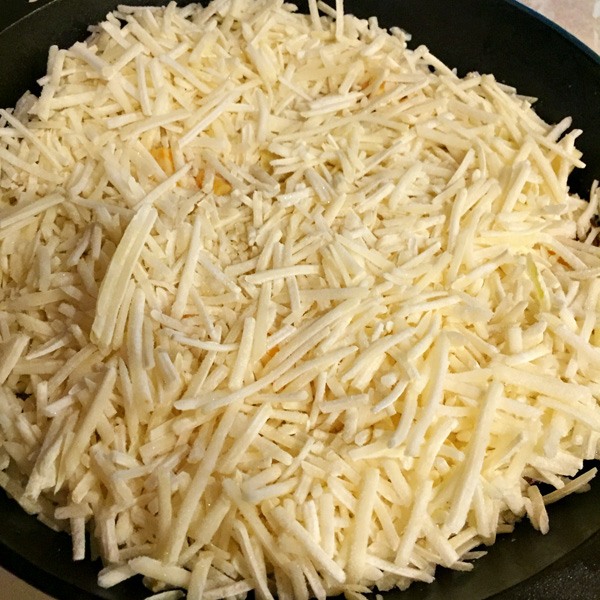 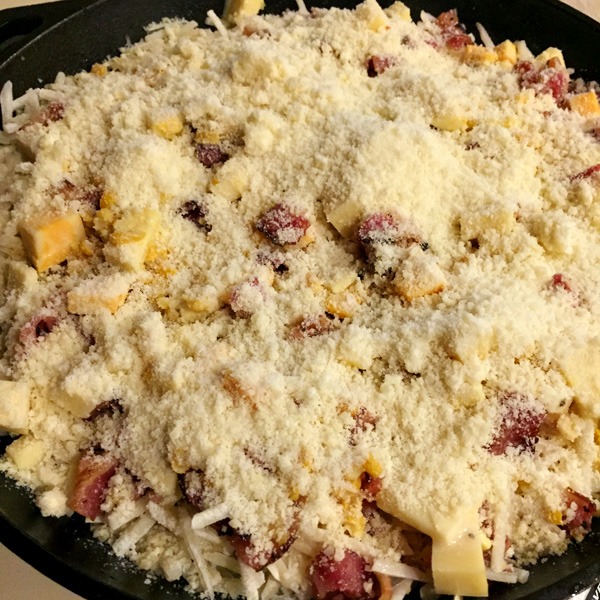 Now bake in a 350-degree oven for about 1 hour. Test the center and cook longer if needed.  If the casserole does not brown to your liking, you can turn on the broiler to brown.

Allow the casserole to rest for 10-15 minutes before you dig in.  I like this casserole when it has cooled significantly.  Scoop out with a large spoon. 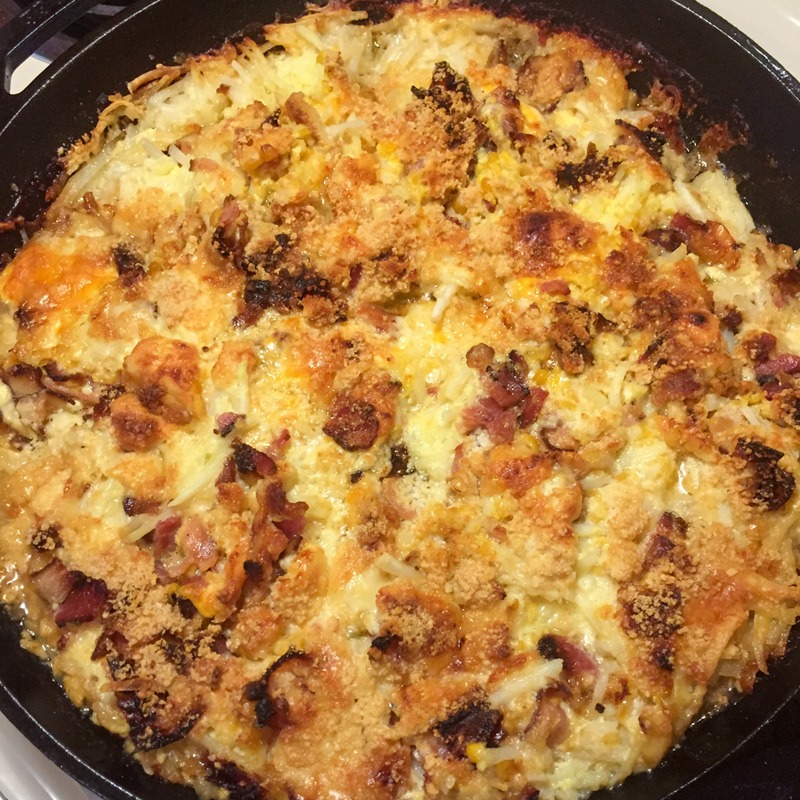 PS: This would pair with a wonderful dry rosé.

I had the pleasure of tasting a barrel sample of t

You know that every once in a blue moon, I must po

Today started here. Then here. And then ended here

OK, I got my shipment from @twoshepherdswine and w

Thrilled beyond my wildest dreams to have my J&J C

This is a cross between Bread Pudding and Casserol

Today is a very, very happy day. My favorite pizza