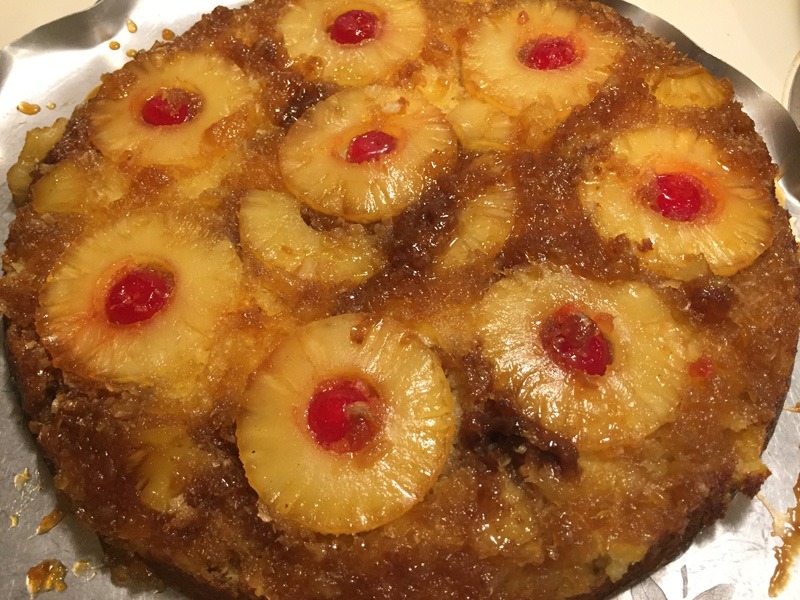 I Made Him a Cake in a Cast Iron Skillet

Happy Friday everyone!  Gary’s birthday was this week.  As a special treat, I made him a cake to celebrate.  It was a surprise because I do not bake.  But it turned out great and so here is the recipe.  Ok, fine the top is not very symmetrical but give me a break, please.  I BAKED! 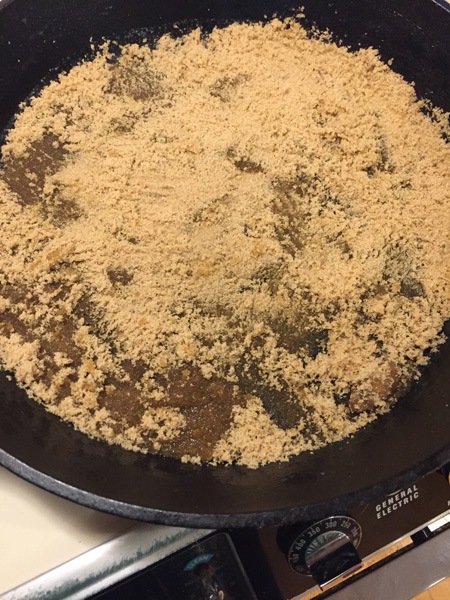 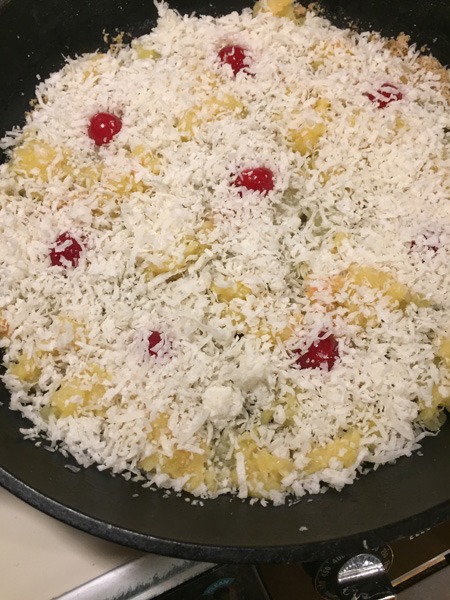 Lightly spoon flour into a dry measuring cup, and level with a knife. Combine flour and next 5 ingredients (flour through salt) in a large bowl. Combine reserved juice, banana, oil, and egg, stirring with a whisk. Add pineapple juice mixture to flour mixture, stirring until combined. Pour flour mixture over coconut. Bake at 375° for 30 minutes or until a wooden pick inserted in center comes out clean. Invert onto a wire rack. Serve warm or at room temperature. 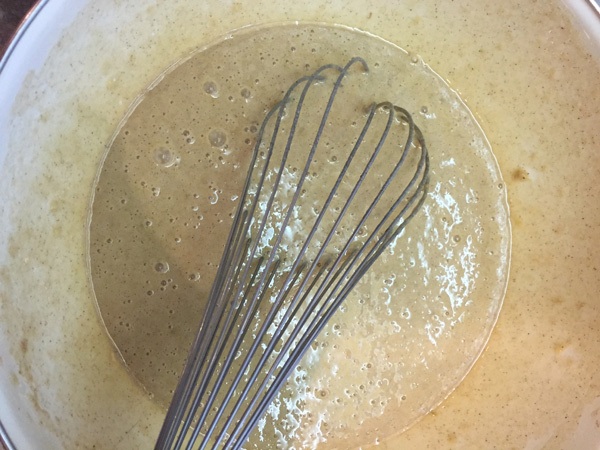 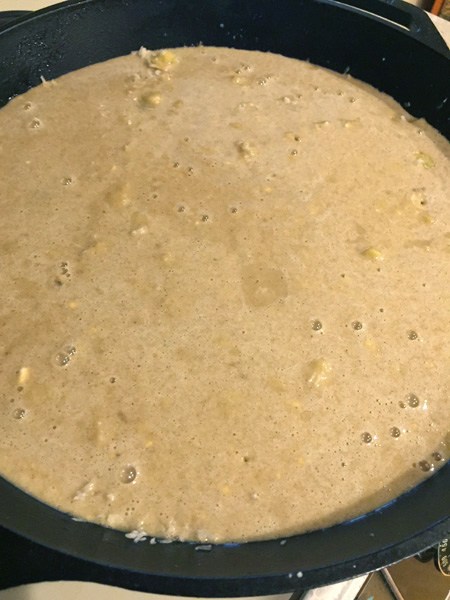 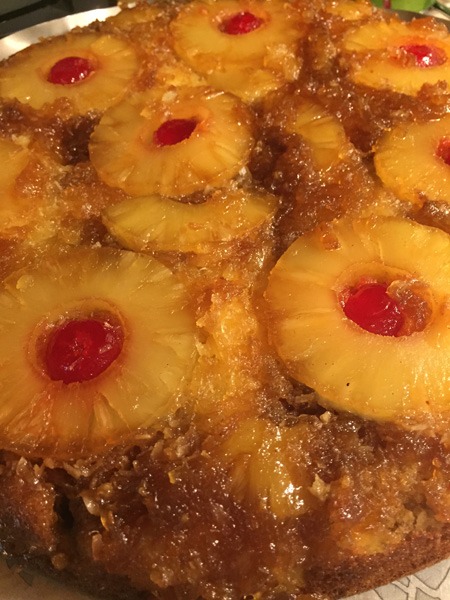 I have a love/hate relationship with my cast iron skillet.  Living in a warm, damp, salty-aired climate means you have to be extra diligent in caring for cast iron.  I have two skillets.  The 15″ one is so large it has to reside in the oven.   I seasoned it as soon as I got it and it seems to be fine.  No problems.  I have not been so lucky with my 12″ skillet.  I pulled it out to use it for the above cake, and it was coated with a thin layer of rust.  Arrgghh!

This is what I did to bring it back to life.

To remove the rust, I used an S.O.S. pad under warm water.  Cleaned, rinsed and then rinsed again and then dried with paper towels.  Once dry, I checked it again to make sure I removed all the rust.  I placed a sheet of aluminum foil on the bottom rack of the oven and then turned on my oven to 375 degrees.  While it was coming up to temperature, I placed the skillet in the oven for just about five minutes to pull any extra moisture off of the skillet.  I then removed skillet from oven and let it cool down.  The next step is to slather the pan in Crisco.  So I took my Crisco shortening stick which I keep just for this purpose and rubbed in a thin layer all over the inside of the pan. But I also included the edges and the handle.

I then placed the pan upside down on the top rack of the oven and let it bake for an hour.  At the end of the hour, I turned off the oven but left the skillet in the oven until it was completely cool.

That’s it!  It is seasoned again.  Now I store it in the oven with my other skillet.