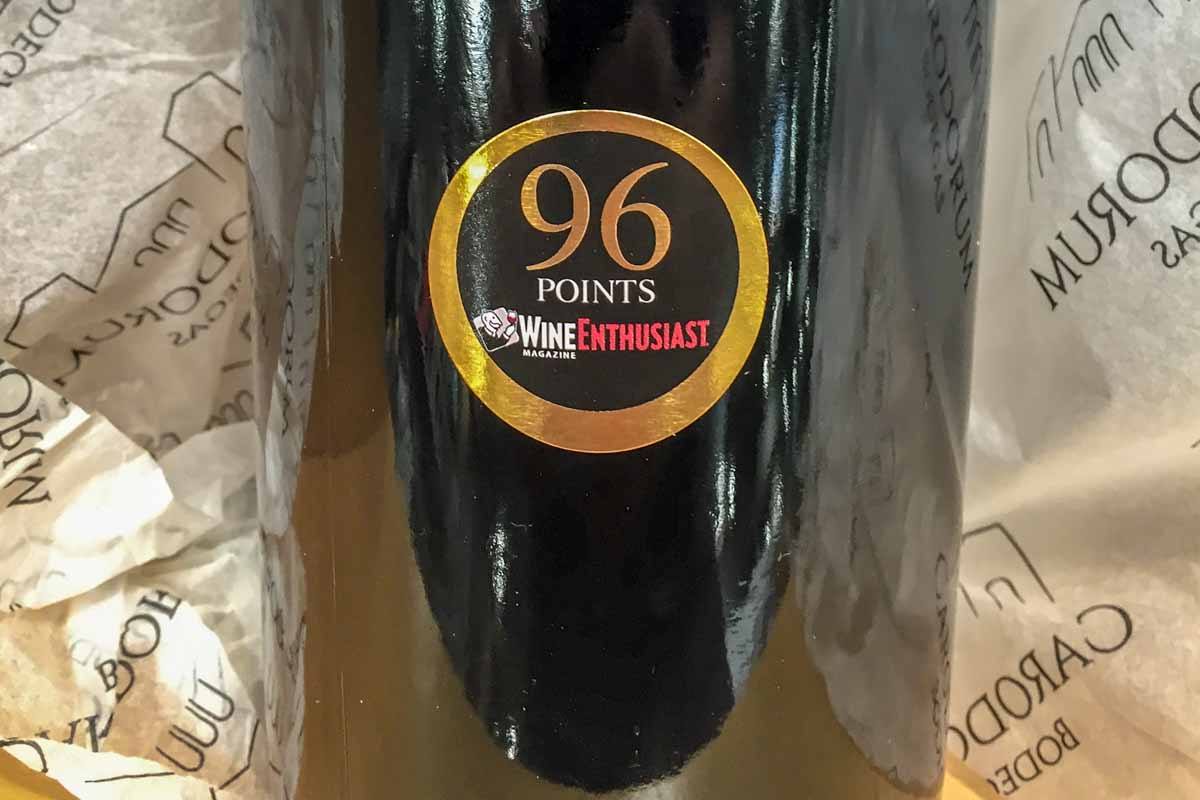 What Does a Wine Score Tell You?

At least ten years ago, maybe longer, I was shopping the wine section at Costco. I saw a bottle of wine that was under $20.00 (not unusual for Costco), and it had a Robert Parker score of 96 points. (not the wine pictured below) I picked up a bottle and placed it in my cart. If internationally renowned wine critic Robert Parker liked this wine, it must be fantastic.

As you continue reading, you may think I was a bit naive. Well, I was. But at the time I was not schooled nor trained about wine to the degree I am now. I imagine that I am not the only one then nor now making a similar assumption. So keep on reading if you have always wondered about these scores and I will try and flush it out for you.

Tasting Wine with a 96 Point Score

I will never forget opening the bottle. It was so exciting, I was about to taste the best wine I have EVER had, and it was less than $20.00 a bottle. How could this be? A ninety-six and less than twenty bucks, I was a lucky man. It was a fairly young, red Bordeaux, so primarily Cabernet Sauvignon or Merlot with a bit of Cabernet Franc or Petit Verdot in the blend. So I popped the cork and poured a glass. I let it rest for about 15 minutes and then swirled it around in my glass to add a little more aeration.

I took my first sip… And it was AWFUL, and I immediately spit it into the sink. I thought it must need more time to breathe so I let it sit another 30 minutes in my glass. So I let it sit, but it was still awful, at least for me. I ended up dumping the entire bottle down the drain. I was heartbroken and so disillusioned. How could this be?

So on my next trip to The Wine Shop of Charleston, I mentioned this to Debbie, the owner looking for some support. And as anyone who knows Debbie well knows that she tells it like it is.  She looked me straight in the eyes and said something along the lines of, “So is your palate as trained as Robert Parker?” “Umm, no,” I replied. She followed up with, “Are your taste buds the same as Rober Parker’s?” That was also a “no” from me.  “So why would you like wine that he likes,” she said. “Everyone’s palate is different otherwise everyone would like the same things.” So to me, my naive next question was, “Then why do they give any wine a score?”

A Wine Score: Typicity over Deliciousness

Wine scores by wine critics are not going to tell you whether or not you will “like” a specific wine. What it should say to you is that a specific critic has tasted that wine and at that time and based on his/her knowledge and expertise the wine fails, meets or exceeds the known quality standards for that variety or blend of wine from that particular region. That is it. Nothing more, really. Just that.

Robert Parker is the first wine critic to use a point score, and his method is a 100 point scale. Many have followed his lead, so it is possible to see scores from many different critics all using a similar scale. The scale may look the same but the critic is different, and the evaluations standards may not be viewed in precisely the same way. Add in the differing palates, differing times when the wine is scored, and on and on.  Arrgh! It is getting thick, and I do not want to go down a rabbit hole.

So what does this really mean then? It means that if you wish to base your wine purchasing decisions based on a critic’s score you better have a good idea of the credentials for that critic. What is his or her expertise, training, etc.? Does the critic specialize in a particular region?

There is a wine website that I am a big fan. It is called Wine Folly, and she has a simple to read a post about approaching wine ratings.  When she talks about wine rating as it relates to dog shows, that really summed it up for me.  Take a look at her explanation. 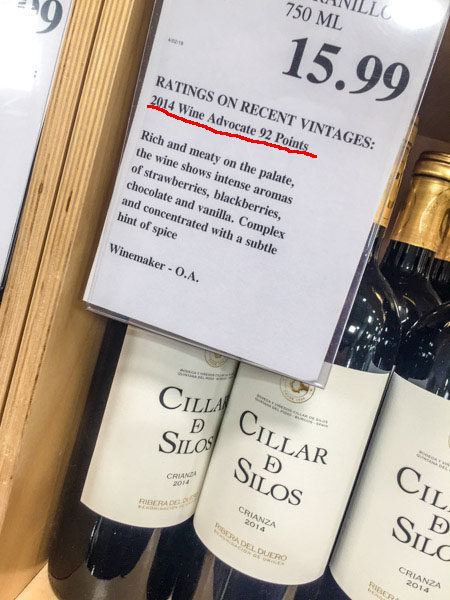 That bottle I mentioned, in the beginning, was not “AWFUL.” It just was not a style of wine that matched my palate expectations at that point in time. It was a perfectly well-made wine. It was just not for me.

While I am not telling you never to buy a wine that has been evaluated by a wine critic, I am telling you to proceed with caution. It has become a marketing mechanism to get people to buy a promoted wine. The best way to find a wine you like is to taste lots of wine and ask for help from someone you trust that knows your preferences.

Use your local wine store as a resource. Most independent wine stores know their inventory and perhaps even tasted most of the wines in the store. Tell them what wines you like and which ones you don’t.  You do not need wine-speak, just the names of the wines you like to drink and the price you want to pay. I have rarely been led astray.

If you are at a chain store and the sales clerk is trying to assist, do the same thing. Just be aware that they may not have the breadth of knowledge to make the best recommendations. Wine stores won’t take a wine back because you do not “like” it, so don’t be shy and depend on scores and information that will be of little assistance to you.