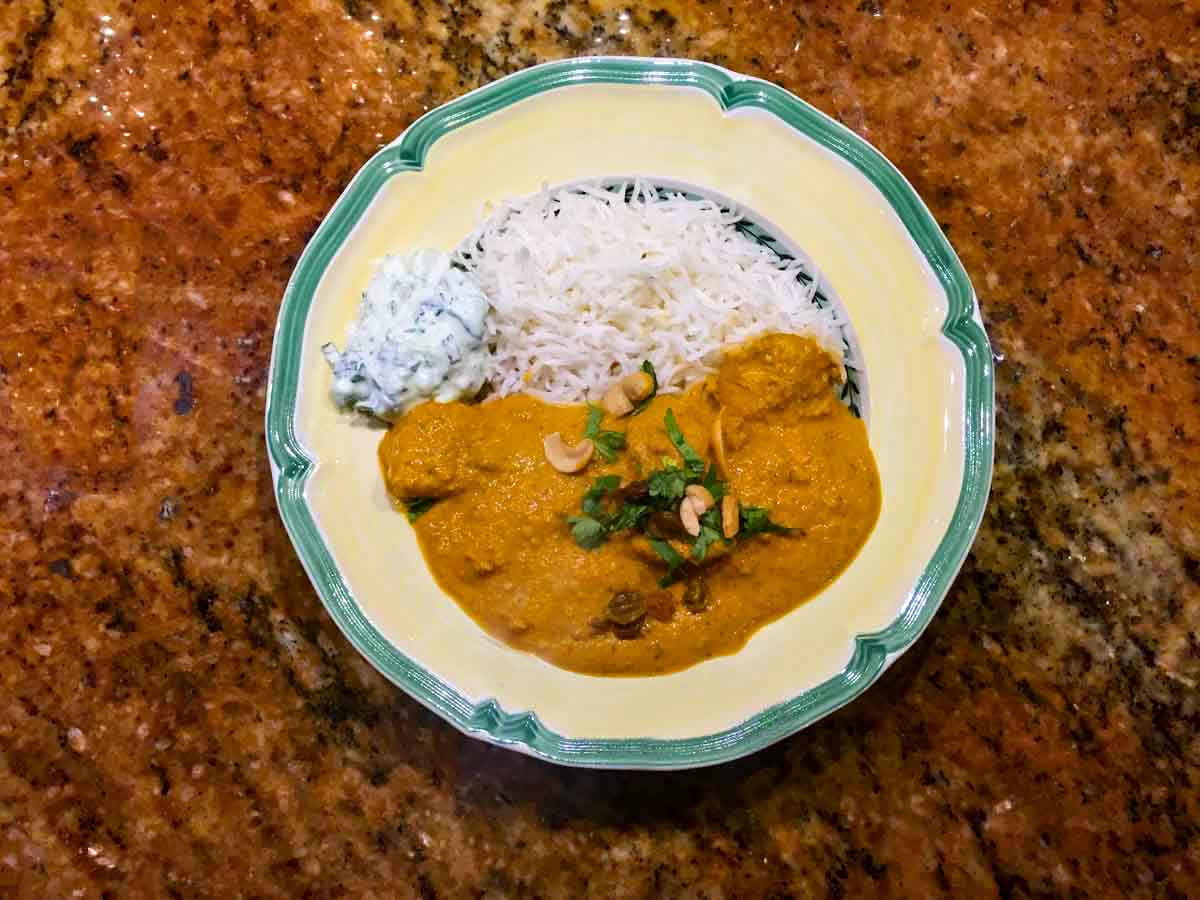 My sisters, Gary and I love, love, love Indian food. The sisters have traveled extensively in India for business and grew to love the cuisine. Gary and I used to frequently go to Little India on Devon Ave. while we lived in Chicago. Tikka Masala was always one of our dishes to order.

In Charleston, we used to have a group of friends that got together a few times a year, and we would all scratch make an Indian dish. Unfortunately, the group disbanded after the matriarch of the group passed away, but we as a family continue to make Indian dishes a couple of times a year. We would make it more often, but Indian cooking is time-consuming and intense as you toast the spices to release the oils and layer flavors on top of one another to get the classic Indian taste.

We have friends in from out of town this week, so Monday evening we are having an Indian dinner, and I volunteered to make one of the two main dishes. I am making Tikka Masala also known as Butter Chicken. Actually, it is not truly an Indian dish as it was invented in the United Kingdom. Decades ago, a South Asian chef (some say Pakistani others say Bangladeshi) created the sauce in this dish to blend with tandoori chicken which the Brits thought was too dry. The stories are varied and several claim responsibility, but it has since been adopted by Indian expats everywhere as one of their own. And is now a popular dish in Indian restaurants around the world.

But before we get any further there is a key spice blend that is critical to Indian cooking. That blend is Garam Masala. You can buy it at some grocery stores, but you will pay a premium for it there. If you have an Indian market nearby, that is probably where you will find the freshest and the cheapest. Of course, online stores as well.  I buy mine at a local Indian market. I happen to stock all of the whole individual ingredients for garam masala so I thought I would share this just for your information. There is no need to make your own though since you can buy it already ground and blended. 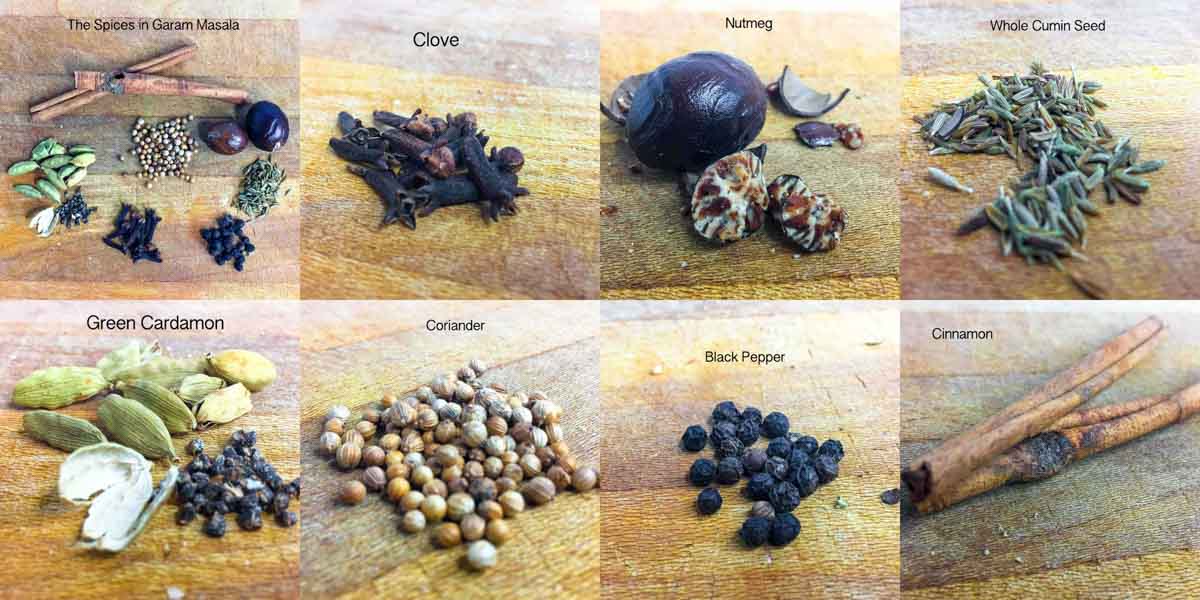 I started this dish on Friday evening so the chicken could marinate for at least 24 hours. It ended up being 36 hours.  Boneless, skinless chicken breasts and thighs can be dry so marinating for a long time can break down the muscle fibers and make for a tender bite. While we are not eating this dish until tonight, it could be eaten on Sunday evening. I have a busy day today, so I finished it yesterday allowing one more day for the flavors to intensify. 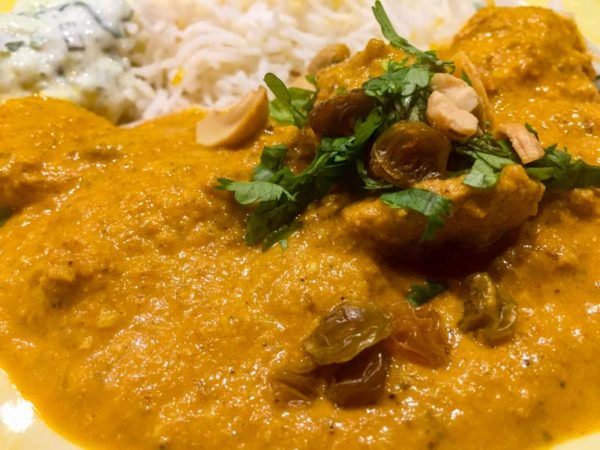 Whisk together the yogurt, lemon juice, turmeric, garam masala and cumin in a large bowl. Add the cubed chicken and coat with the marinade. Cover, and refrigerate (for 24 hours or up to 36 hours). 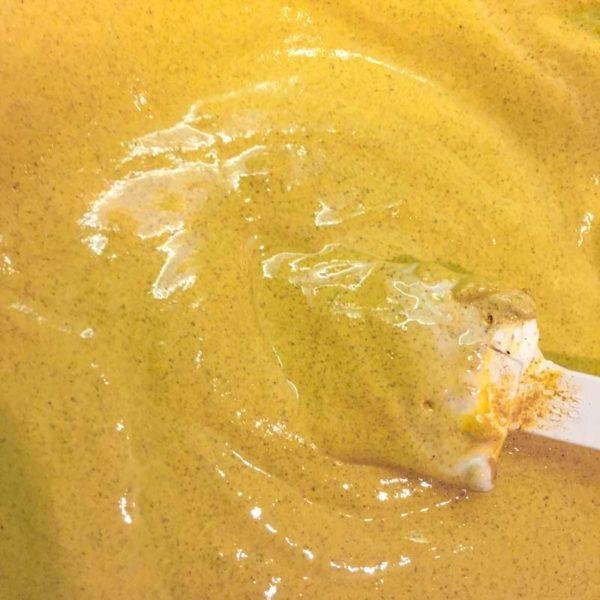 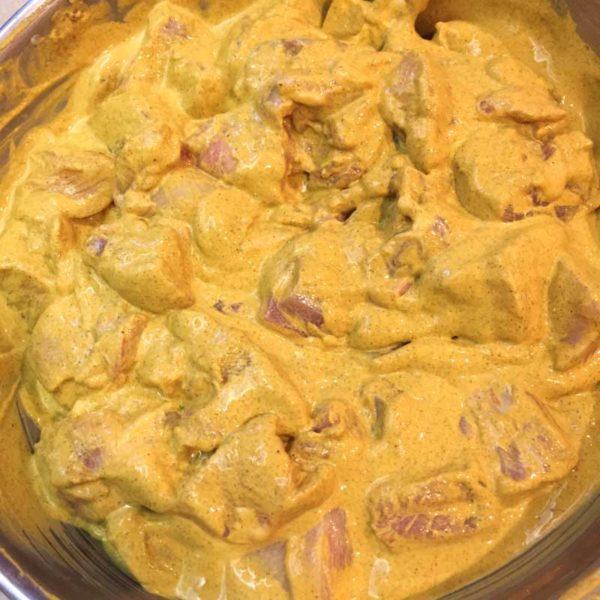 In a dutch oven over medium heat, melt the 2 Tbsp butter in 2 Tbsp oil until it starts to foam. Add in batches the chicken cubes covered in the marinade and brown on two sides (does not need to fully cooked). Set aside in a large bowl as completed until all chicken is browned. 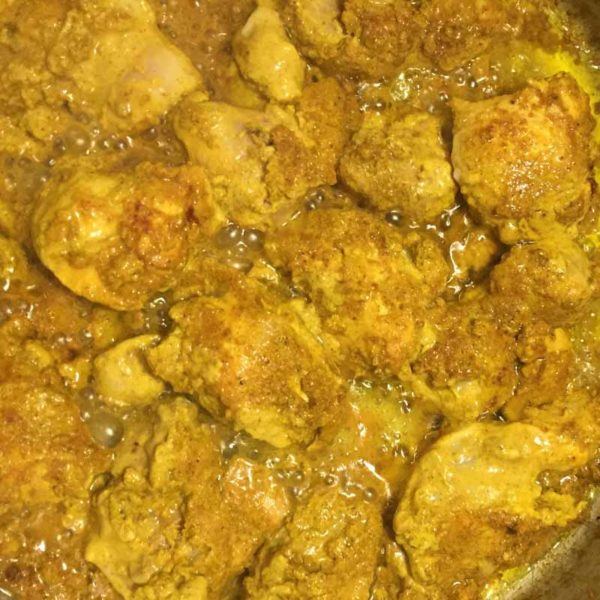 Melt 2 Tbsp butter in 2 Tbsp oil until it starts to foam in the same pan as you cooked the chicken. Add the onions, garlic, ginger and cumin seeds, and cook, frequently stirring, until the onion and garlic become translucent. Add the cinnamon stick, tomatoes, serrano pepper, and cook until the pepper is soft about 10 minutes. 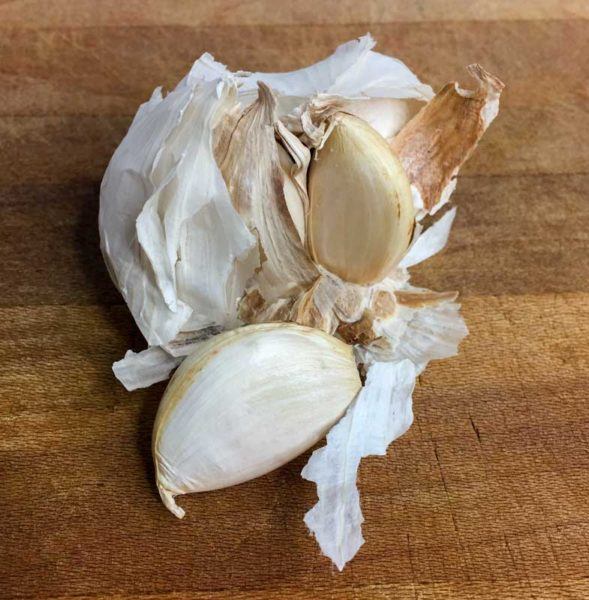 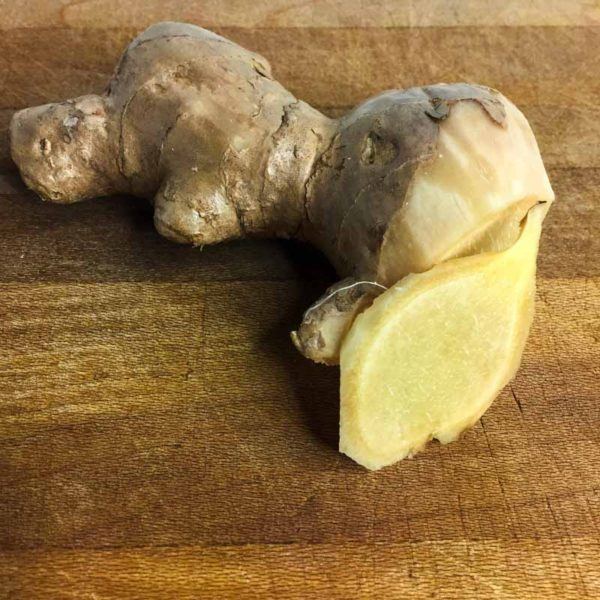 Add the chicken stock. Bring the mixture to a boil, then lower the heat and simmer, uncovered, for approximately 30 minutes. 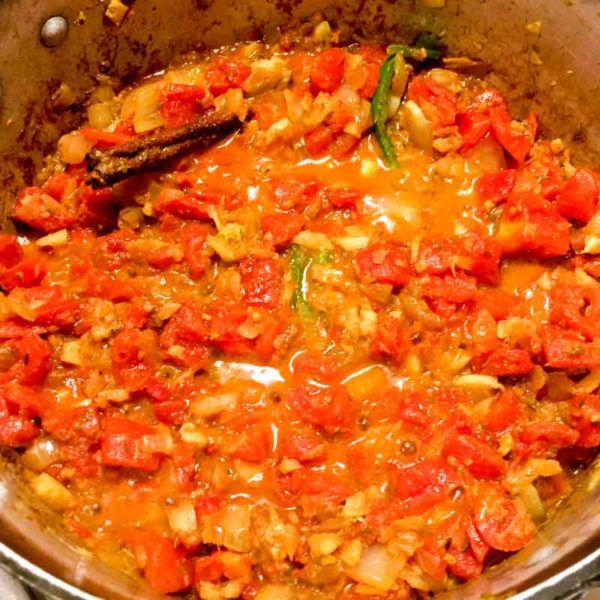 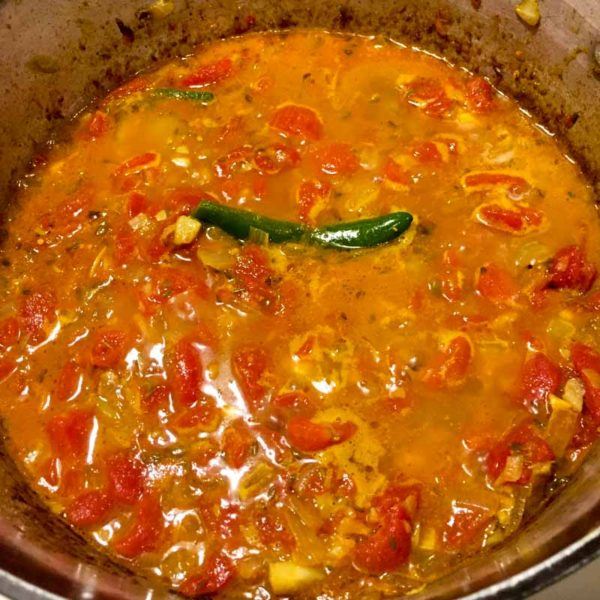 Add the can of tomato paste. Then using an immersion blender, purée the sauce until smooth. Add the chicken into the sauce and simmer for another 10-15 minutes. 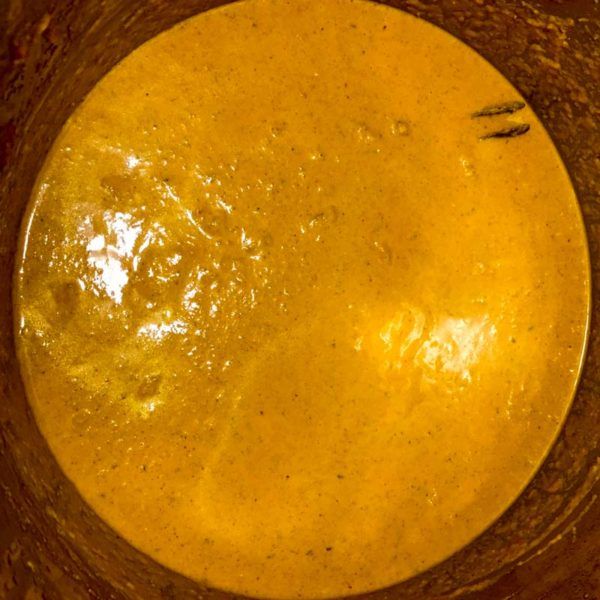 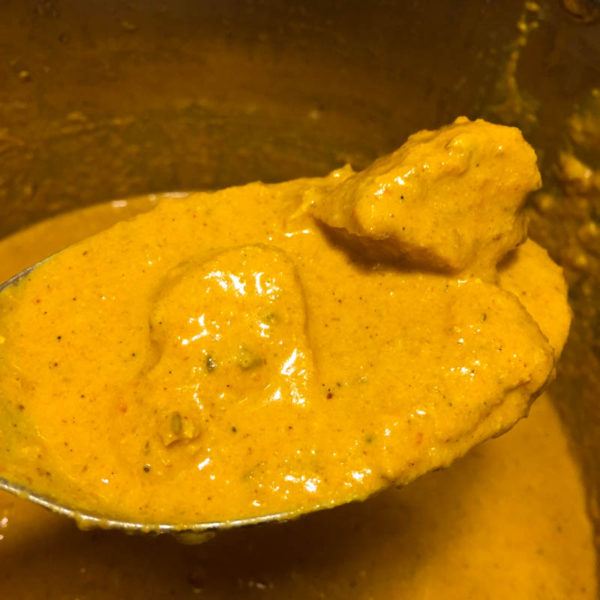 Slowly add in the cream and continue cooking until the chicken is completely cooked through, approximately 10 to 15 minutes more.  The last step is to blend in the almond flour. Cook for 5-10 more minutes.

Serve over Rice or with naan. Garnish with the cilantro leaves, raisins, and cashews. 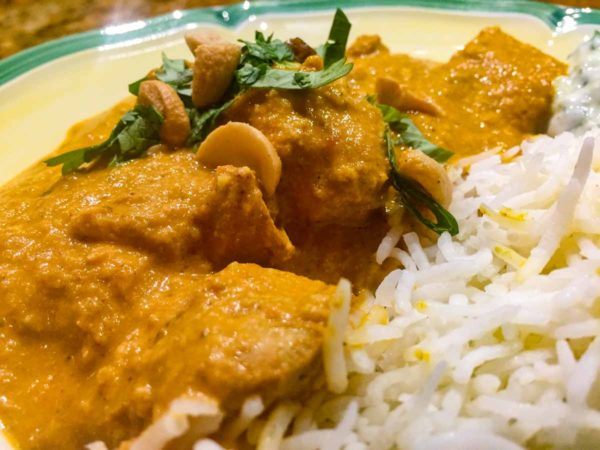 * This depends on the number of other main dishes you are serving and how much leftovers you want. I ALWAYS want leftovers, lots of leftovers! Everyone at the dinner asked for leftovers so I am glad I made this amount.

Even though there is ground cumin and cinnamon in garam masala, this recipe and many others may call for more of these individual spices.

Restaurant Tikka Masala will be a more reddish orange color because of the use of tandoori spices on the chicken.