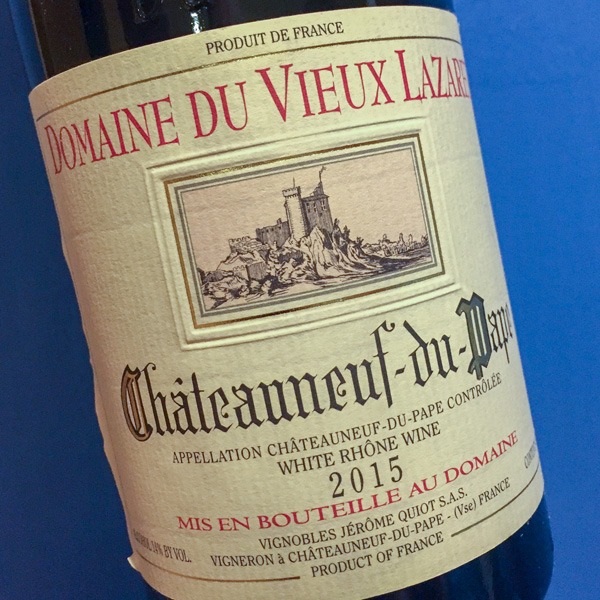 Before June 2015, I drank red wine.  A few months prior I experienced French rosés and began to drink those as well. But my “go to” wine was still a red; either a 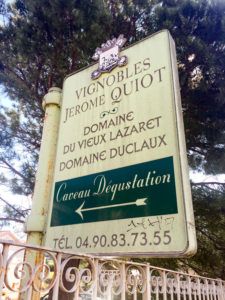 Malbec, a Pinot Noir, Syrah or Petite Syrah.  Then there was that monumental trip to wine country in Southern France. Forgive me for bringing it up again, but it was in Chateauneuf-du-Pape that I learned that I enjoy white wine.  Yes, as that story goes, the kind woman pouring samples at Famille Quiot started pouring white wine into my tasting glass, I stopped her and announced that I did not like white wine.  She remained calm and collected and told me that I was wrong.  She then explained that so far I have not liked any of the white wines that I have tried, but there are white wines out there that I will like if I give them a chance.  Little did I know, that the wine she was about to pour into my glass was to be the very first white wine that I not only liked but loved.

This is the very first white wine that I could honestly say that I enjoyed drinking.  Perhaps it’s because it is a blend of several varietals that alone would be “ok” but blended into one wine is perfection. More than likely, it is because the estate where this wine is produced has been in the same family’s hands for over 300 years. Think about this; the Quiot family has been making wine on this estate longer than our country has been in existence.  So I venture to say that the secrets to creating great wine must have been passed down from generation to generation.   And let me be clear, I have had the privilege to enjoy several vintages, and consistently after my first glass, I say the same thing, “I love this wine.”

This wine is from four varietals that I had not known before; 45% Grenache Blanc, 30% Clairette, 20% Bourboulenc and 5% barrel fermented Roussanne.

“I want to drink this wine every day.”

So said Gary when he took his first sip of this 2015 vintage.  Unfortunately, that isn’t gonna happen unless he has a trust fund of which I am not aware.  This wine, at least for us, is a special occasion wine because of the $38.00 price point. But it is also because this wine has a rich and elegant feel to it.  I love drinking it on its own, but it holds up beautifully with food as well. (seafood, white meats, chicken).

If you choose to take a whiff before your first sip, I found the nose to be of ripened pear.  Gary thought it was a more subtle Asian pear.  Great mouth-feel with an elegant, creamy texture.  Gary described it as velvety and rich.  On the palate, it is at first lemony, but as the acid drops, it becomes floral. To me, I got elderflower.  All I could say was “ah, Saint Germain., that’s it… what is the flower?”  So I looked it up.  Finally, it has great balance and structure and a long, continually rich finish.

I too want to drink this wine every day. Maybe one day.

This wine is sold locally at The Wine Shop at 3 Lockwood Dr., 2nd floor, for $38.00 per bottle and at various online wine retailers.

This region is one of the most renowned of all the appellations in the southern Rhône Valley. Chateauneuf-du-Pape literally means “the Pope’s new castle” because in the early 14th century Pope Clement V relocated the papacy to Avignon and for the next seventy years the “Avignon Popes” drank a lot of wine but also promoted viticulture in the surrounding area but most significantly the area north of the city in what is now the town of Chateauneuf-du-Pape. 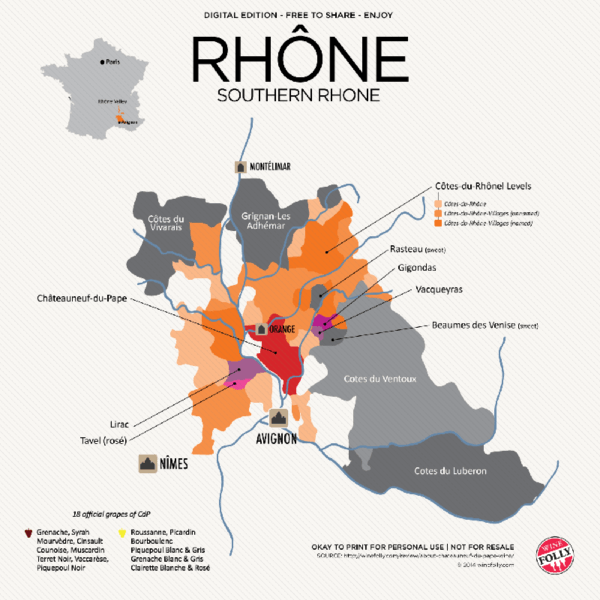 Gavi wines are traditionally made from 100% Cortese grapes. The Gavi region ins in the Piedmont district southeast of Turin.  Gary discovered these wines while working at The Wine Shop but found that they usually sell for $15-$18 per bottle.  When we were in the store, and he saw this one at just $10.99, we had to give it a go.  I checked today, and she still has approximately 18 bottles in the store. 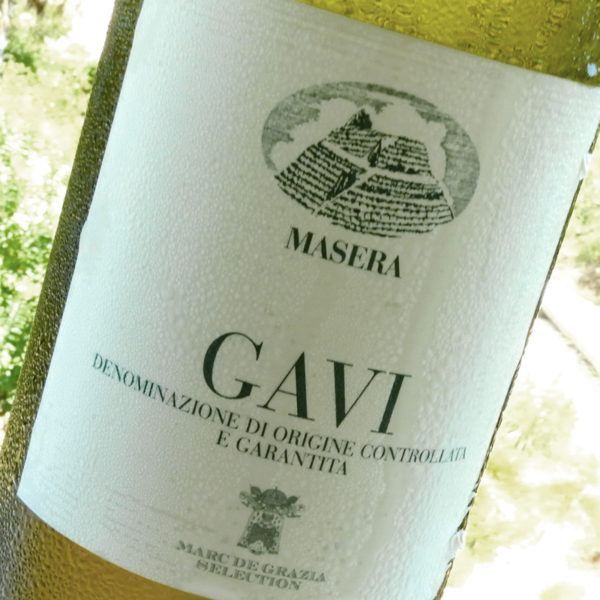 Online wine sellers have started to receive the 2016 vintage, but it is priced at around $15.00 per bottle.

This wine is a pale straw yellow.  There are hints of vanilla on the nose.  It is tart and clean and with lemon on the palate.  The finish is earthy with a dry slate finish.

If you are local, I would give this a try.  If not, look for the 2016 online or see if you can order it from your local wine seller. 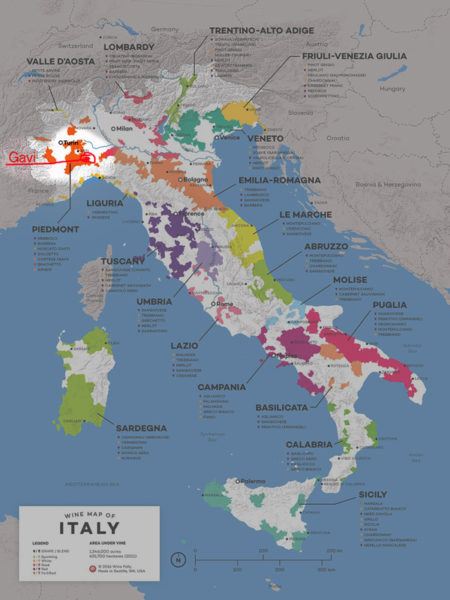 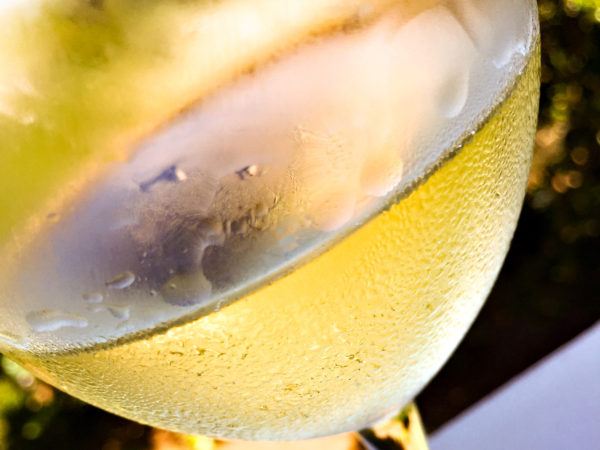