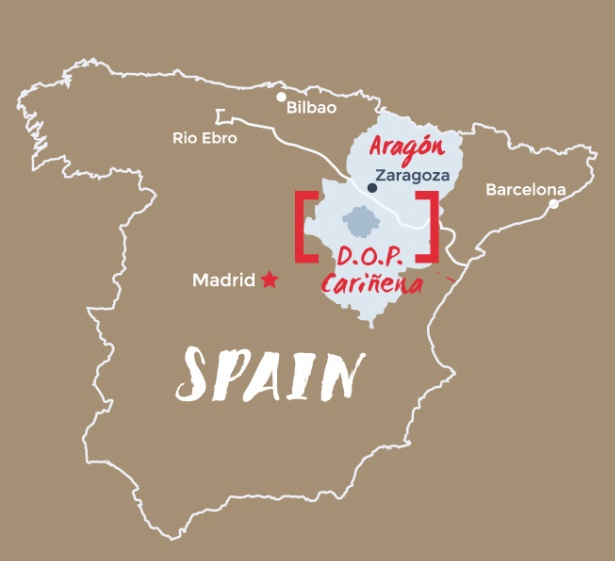 At the Wine Blogger’s Conference back in November, I had the pleasure of attending a seminar presented by Lyn Farmer, a James Beard Award-winning wine and food writer about the Cariñena D.O.P. wine region in Spain. Never heard of it?  Don’t feel bad; I am not sure many at the conference had either. Winemakers in the region have been producing wine for thousands of years, but doing so flying under the radar. Some of the larger producers in the area want to change that and have begun a big push for recognition. This seminar was one of the highlights of the conference, and I have been on a mission looking for Cariñena wines ever since.

We learned of its geography, climate, a bit of history, and of course, it’s wines. We tasted six red wines from the region. All were interesting and palate-pleasing wines. It was not until the end of the seminar that we learned the most amazing thing about these wines: their affordability.  The prices for the wines we tasted ranged from $9.00 to $25.00 retail. Amazingly, once home I found that some that were even less.

Lyn waited until we had tasted all of the wines before he told us the prices.  By doing so, he allowed us to judge the wine not by its low price but by its fine qualities. I have to say he was correct in doing so, as we all guessed way more expensive and were shocked when he read off the prices.

So allow me to introduce you to Cariñena.

Cariñena is a village in the province of Zaragoza, in the autonomous community (think state) of Aragón. It was first settled by the Romans in 50 B.C as a villa called Carae, now Cariñena.  Fast-forward 1465 years and we find that during the reign of King Ferdinand I of Aragon (1412-1416 A.D.), he declares a preference for Cariñena wines “above all others.”

During the Middle Ages, grape-growing and wine-making prospered under the protection of several monasteries. By the 16th century, vineyards covered 50% of the territory in the province of Zaragoza.

In 1863, the phylloxera outbreak began in Europe. Within 20 years, nearly 90% of European vineyards are decimated. Largely unaffected, Cariñena emerges as a destination for vintners looking for a place to work.

In 1932, Cariñena became the second wine region in Spain to be given an official “Denomination of Origin,” making it one of the oldest designated wine regions in all of Europe.

The climate in Cariñena is extreme with long, hot summers and harsh cold winters. Summer can hover at 100 °F  and winters at 15 °F.  There are also significant temperature swings from night-to-day that also make this the perfect climate for the late-ripening varietals of this region.  Vineyards have thrived in this climate for so long that it is not uncommon to find 30-40-year-old vines but also vines that date back over a century that reach deep through the rock to extract minerality and water reserves creating even more complex and flavorful wines.

The Vines and Wines

Eighty percent of the wine produced in Cariñena are red wines. Today, Garnacha (Grenache) makes up 50% of that total. Garnacha ripens late, so it needs the hot, dry conditions as those found in Cariñena and throughout Spain, where the grape most likely originated.

Garnacha is known for its berry and jammy flavors and spicy notes of white pepper. It is soft on the palate with lower acid, tannin and a lighter color. These are light- to medium-bodied red wines that are sure to be crowd-pleasers.

Other varietals grown in the region include Tempranillo, Syrah, Cariñena (aka Carignan) and Cabernet Sauvignon. While these varietals are mostly used in blending, you will find a limited production of single varietal wines as well. In my brief experience with the ten or so wines I have tasted, I have enjoyed both the lighter single varietal Garnacha as well as the medium-bodied red blends.

Why does this matter to you? Plain and simple because excellent value wines are hard to find.  You may have been staring at them on the shelf but never took the plunge because you had no idea what was in the bottle. So I am here to tell you – it’s good wine.

Shopping at Trader Joe’s last week, I found five wines from Cariñena on the shelves. The most expensive was $6.99, and the least expensive was $3.99.  A $4 bottle of wine is usually not one I will try. But knowing about Cariñena, I gave them a chance. Five bottles of wine for $30.00! ‘Nuff said.

Then this past weekend I dined at Barsa, a local tapas restaurant, and saw that they had a Cariñena Garnacha on the “by the glass” menu for $7.00.  I usually go for the most expensive wine offered by the glass because … well, I can be a snob. But in this case, I felt confident in my selection and ordered El Burro (the lowest priced wine of their offerings), and I was thrilled. 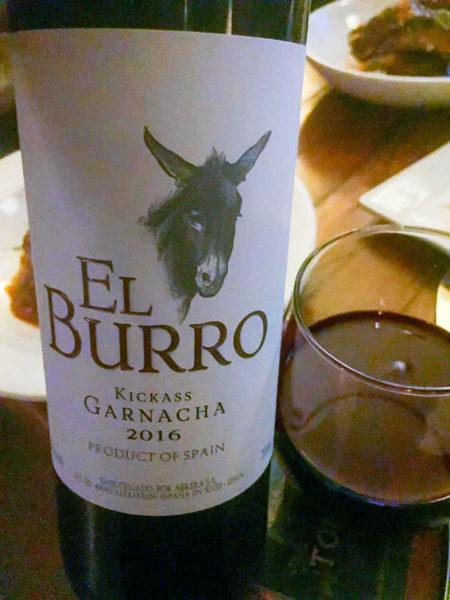 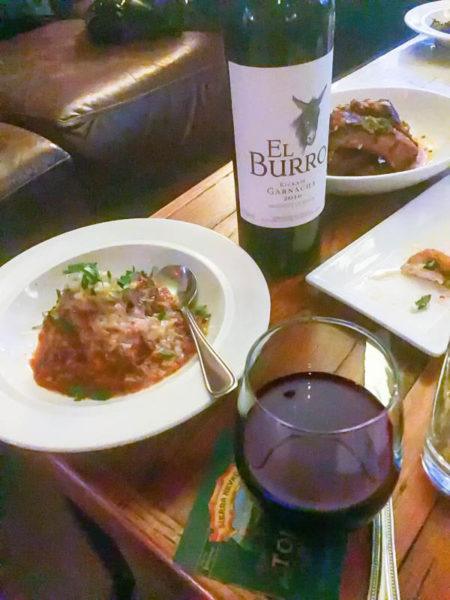 So save yourself some money and search out wines from Cariñena.  I do not think you will be disappointed.

My next post will be all about the five Cariñena wines I purchased at Trader Joe’s. It should be a fun post because I threw a tasting party with several of my neighbors. I asked everyone to make tasting notes. This was a new experience for some, but we did it all together and had a great time.  Afterwards, we ate vegetarian chili, polished off the remaining tasting wine and then opened up a few more bottles and laughed the night away.  I will share my chili recipe too!

Until then… That is all for now…

Thank you to Lyn Farmer for the incredible images of the region and for sharing your knowledge of Cariñena at the Wine Blogger’s Conference.