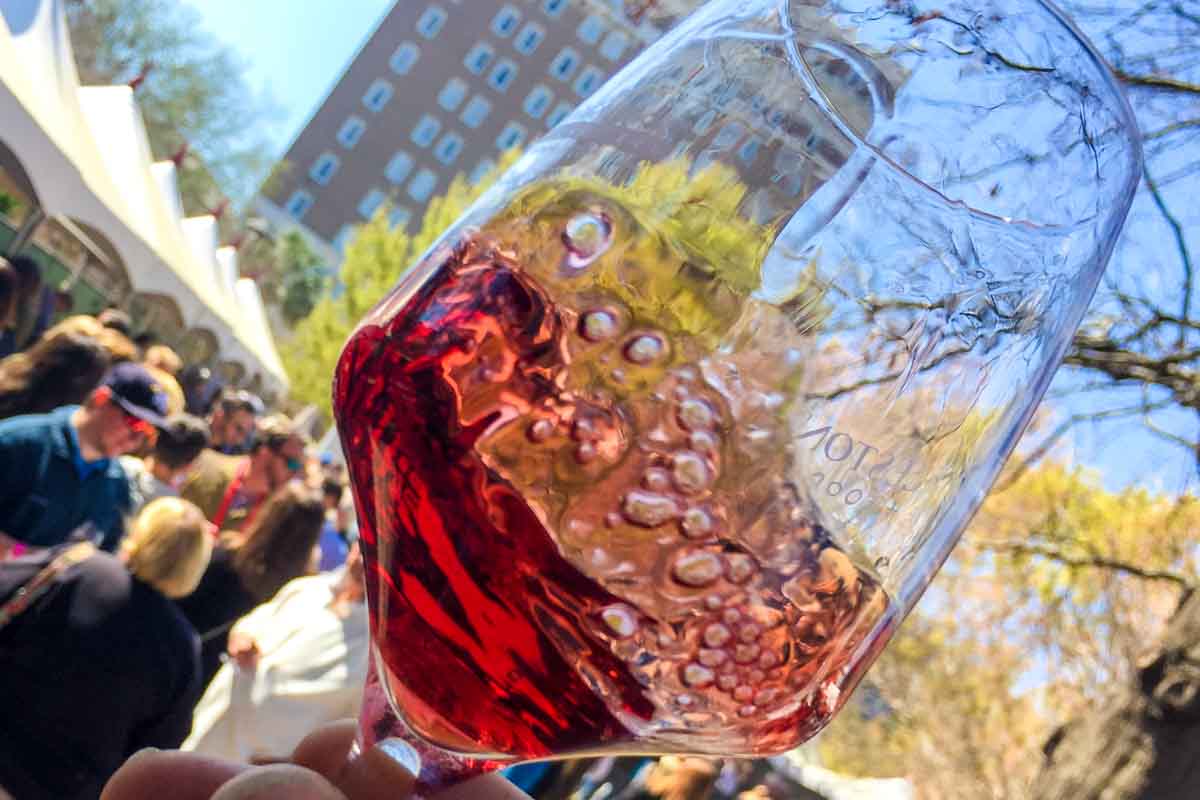 I know it has been a couple of weeks since the Charleston Wine and Food Festival ended but I still wanted to share my experience in the Culinary Village because it is such an essential aspect of the festival. So here is my take on the Village.

Let me say from the outset that I had a blast on Sunday and I will definitely be back next year. There are a few aspects of the Culinary Village where I offer what I hope is seen as constructive criticism. That by no means is a bad thing just my humble opinion that could have raised the joy level of my wonderful experience.

The Culinary Village at the

Sunday was my day with friends at the Charleston Food and Wine Festival Culinary Village.  This is locals day when a limited number of tickets for the Village sell for $75.00 versus $125 for out of towners. FYI: Friday tickets are $110 and Saturday $125 regardless of where you live.

The Culinary Village is in Marion Square in the heart of downtown Charleston. It is the hub of the festival.  Here festival-goers wander through the four quadrants of the park sampling wines, beers, hard liquors and nibble-y bits from a rotating roster of local and regional chefs. There was an entertainment stage where bands played, and food demonstrations were given although I never made it to the stage other than to walk past.

As I mentioned, the festival is divided into four quadrants. The quadrants were separated by fencing that made it a real hassle to get around. As I stood in the Beer Garden, I looked across the path, and there was a food tent serving a grilled octopus dish that looked amazing. To get it I had to walk back to the center of the park and then back down to where I was standing only on the other side of the fence and across the path. I was quite annoyed. (Although this did help me get my steps for the day.) 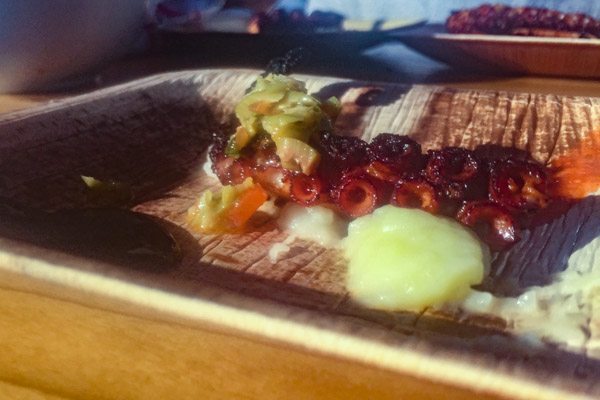 I have no idea why the fences are there. I sure hope that there was a legal reason or something because it had a negative effect on my experience.

When we first arrived, we headed straight for the Rosé Garden. However, we were unaware that this was a sponsored area for Chateau d’Esclans Whispering Angel Rosé. I was hoping for a garden full of rosé from around the world. It was a disappointment for sure, so we quickly moved on to the Corkyard where Gary and I spent most of the day.

The Corkyard – All About Wine

The Corkyard is the wine area where we could sample a variety of wines.  I was in heaven. It appeared that all of the exhibiting wineries are represented by Milestone Beverage. There were more tasting stations than I could remember and we tasted lots of delicious wines, but the two that stuck out to me was Left Coast Cellars from Oregon and Niner Wine Estates from Paso Robles, California.  Each of their offerings hit a note with me that made them memorable. 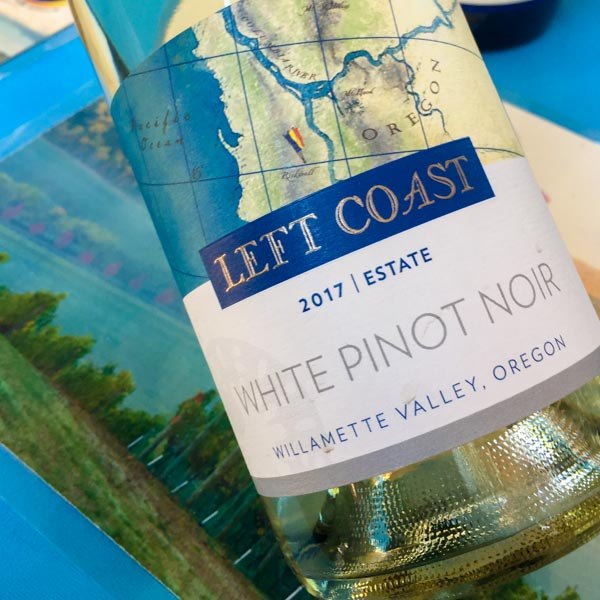 I came home with a bottle of 2016 Left Coast Cellars White Pinot Noir. That is right a Pinot Noir sans skin contact like it is done when making champagne (without the second fermentation). And Niner Wine Estates Niner Red 2015, a blend of 35% Cabernet Franc, 14% Merlot, 14% Syrah, 10% Cabernet Sauvignon, 8% Grenache, 8% Mourvedre, 7% Malbec, 2% Petit Verdot and 2% Barbera. Whew, I exhausted just thinking about this. Both wineries had many wines that were memorable. I hope to find them locally so I can dig deeper into these two estates. 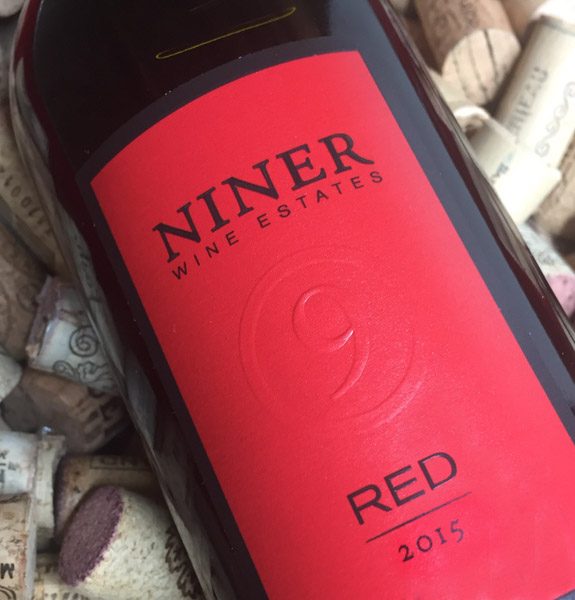 The Gourmetisserie was a large tent with six food stalls. There were also singular food stalls scattered about the park.

To be very honest, I did not eat anything until close to 4pm because the lines were impossibly long. Keep in mind that each food stall serves up a tasting portion (which means one maybe two bites). So you stand in line for ten or fifteen minutes, get two bites and then have to get in another line and do it again. My idea of attending the festival was not to get drunk, but the food lines made that almost impossible. Next year I may sneak in a baguette and cheese. 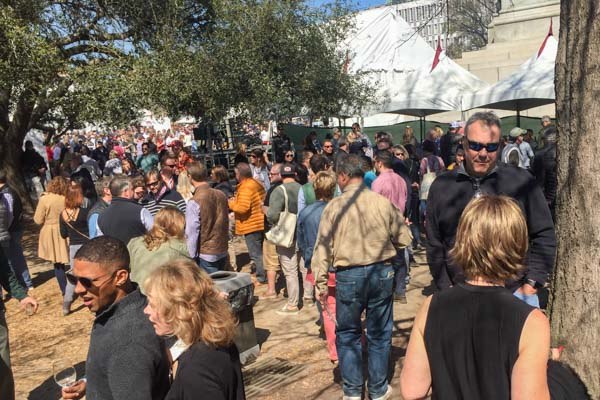 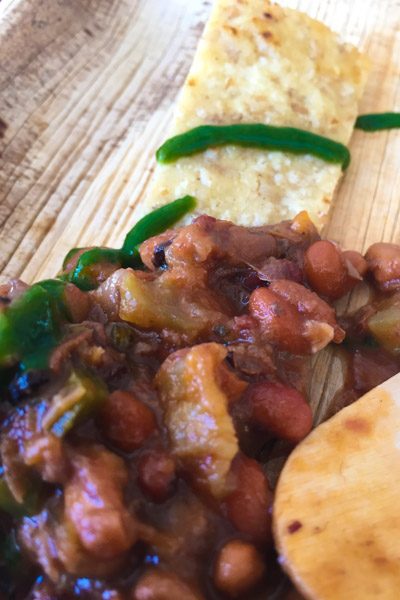 By 4pm, the crowd had thinned enough to make some of the lines tolerable. At that point, I was able to sample several really tasty bites. But since the stalls change chefs (and bites) every 75 minutes, you may not get to taste many of the bites you had hoped.

I can not report on a few aspects of the Village. This is because I ran out of time. I never made it to…

… Grills + Grates: A spectacle of open-fire cooking served from chef to you

… The Patio: Hands-on culinary experiences and all of your favorite backyard games

I have to admit that I did not visit the Beer Garden and Hard Liquor Stalls.  While I like and drink beer, I am not a connoisseur, so I skipped that tent. I am also not a fan of hard liquor, so I skipped those experiences as well. Besides, I did not want to mix my alcohol on a mostly empty stomach.

I am so happy that I attended the Charleston Wine and Food Festival this year. The Culinary Village was a highlight. It was a great day to meet up with friends, hang out and have fun. Because it is a very social experience, it is also a time to meet new folks and share in the joy of their day too. 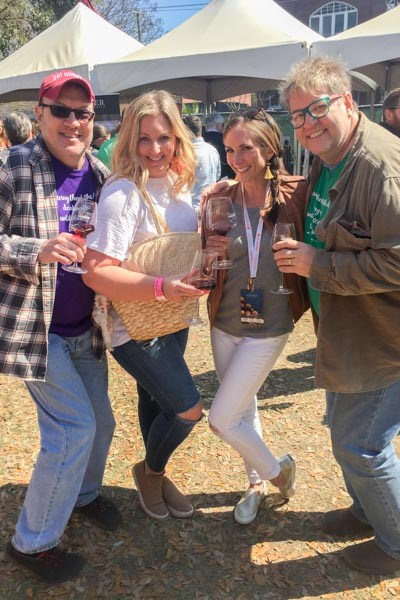 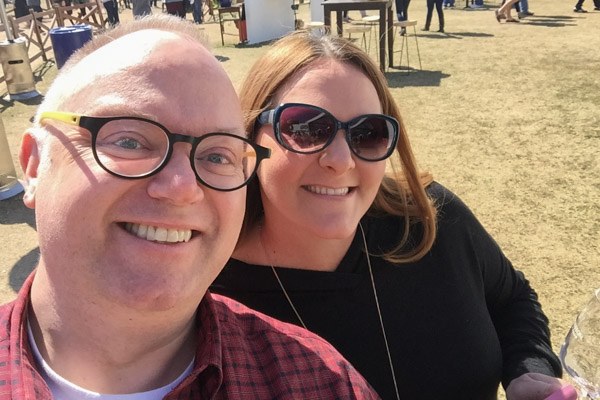 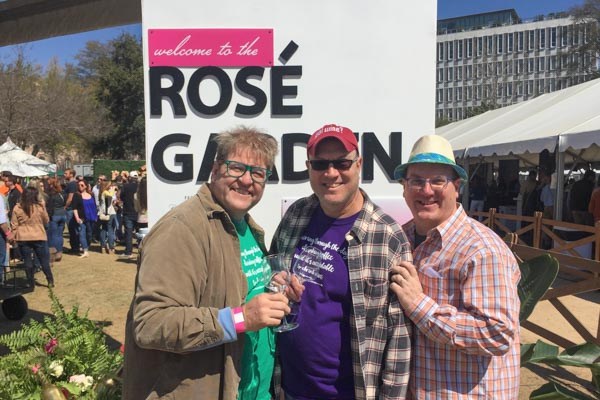 What is my advice for next year? Gather your friends and go out for an early brunch. Skip the mimosas because you have a long day of “day drinking” so begin the day with coffee. Eat a hearty meal that will soak up the alcohol so that you do not get loopy too early.

Do NOT drive. Take Uber or Lyft and expect surge pricing when it is time to leave. You will be tipsy so do not be foolish.

I would love it if food trucks or a regular meal tent were possible even if we had to pay extra for it. The current system with a bite here and there can not balance even the most careful alcohol consumption.

If you missed my take on the Charleston Wine and Food events and fringe event I attended you can check them it out here.

That is all for now!