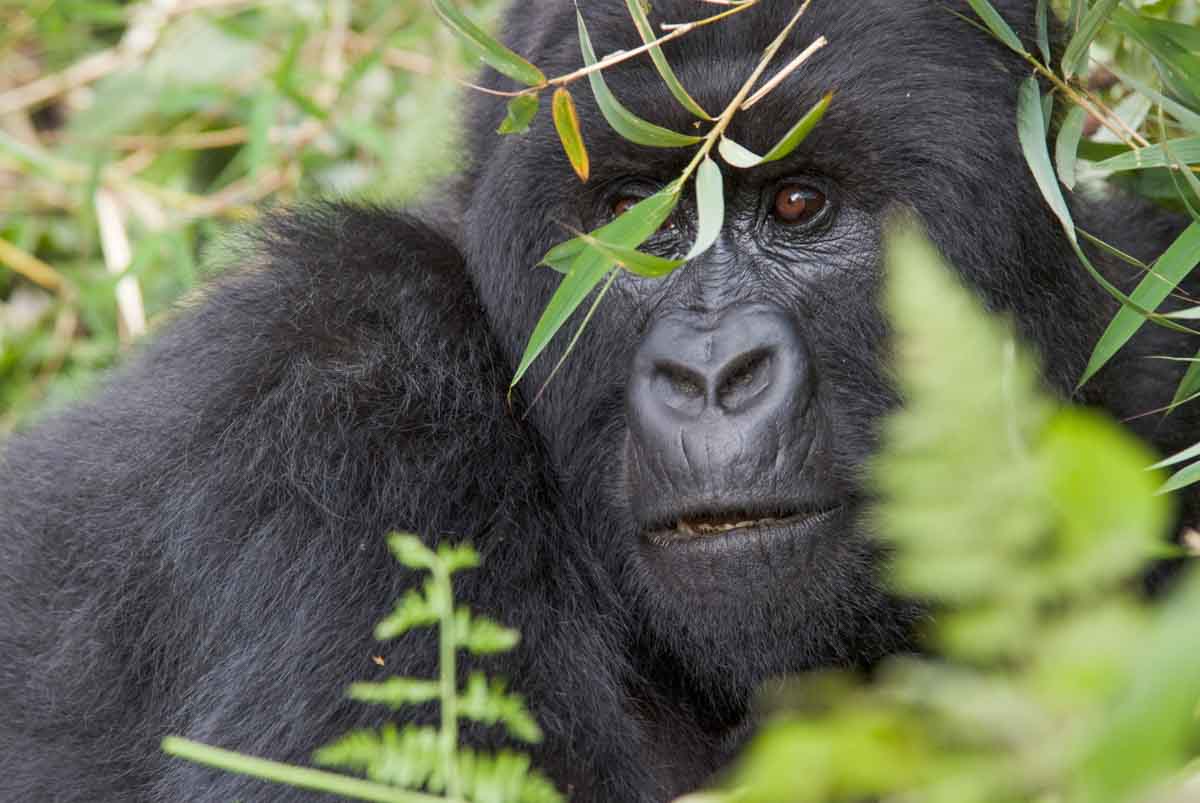 I am expanding the blog to include a Travel section. Over the years I have traveled to some pretty cool places.  These trips were quite impactful, and I continue to be asked about them. So I thought that I might do a few posts about some of my previous trips.  At the moment I will be featuring past excursions that include my time in Rwanda, Myanmar, Kenya, and Manitoba.  They won’t all be this exotic for sure, but let’s get this going with our first day of gorilla treks. 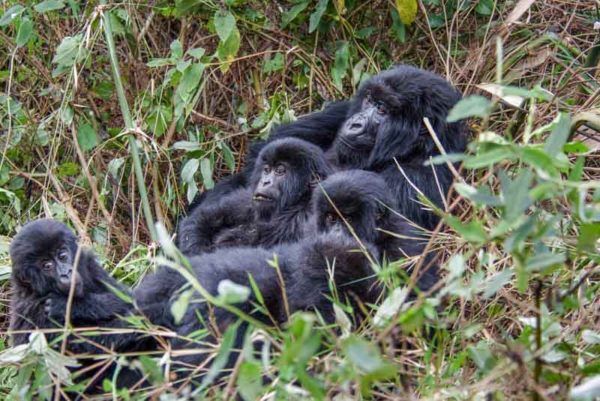 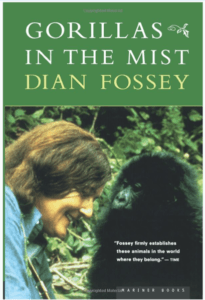 Walking with the Greatest of Apes

Ever since I saw my first documentary about the work of American primatologist, Dian Fossey, I was enthralled. Later reading her book, Gorillas In The Mist, it made a trip like this seem impossible. But as far-fetched as it seemed, this trip was one I would dream about for decades.

This experience was the third leg of a month long trip to the eastern African countries of Tanzania, Kenya, and Rwanda. The Kenya and Rwanda portions of this trip were put together by The Africa Adventure Company, one of the world’s leading African continent travel/safari experts.

The Eastern Mountain Gorilla is the most endangered of all species of gorillas. They have been poached to the brink of extinction and only survive today because of the groundbreaking efforts of Dian Fossey and others that have followed her.

There are just two surviving populations of the mountain gorilla found only in the Virunga Massif (a chain of eight volcanoes spanning eastern Democratic Republic of Congo, western Rwanda, and western Uganda), and in the adjoining Bwindi Impenetrable National Park in the southwest corner of Uganda. We chose to do our treks in Volcanoes National Park in Rwanda at the recommendation of our travel planners. This is also the part of the range where Dian Fossey did her work. 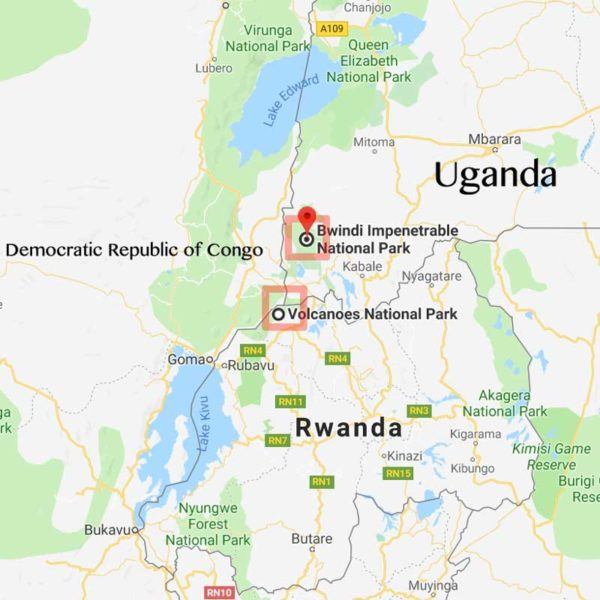 At the time of our visit, there were seven (now ten) habituated bands (families/groups). A band is a family led by a single male silverback. Habituation takes place when a research team visits a band every day for one hour over an extended period. It is for months about quiet observation from a distance. As the band gets comfortable with the presence of the researchers they can slowly move closer. This is a lengthy process acclimating a band to humans and not all bands are able to handle tourists. It is all a delicate balance because the research is needed and the tourism is needed. The former to help stave off extinction and the latter to pay for the expensive task of protecting the gorillas from poachers.

There are several rules to which you must adhere.

Day One: Our First Trek

We met at the park visitation center for an early morning briefing and group assignments. This assignment is based on the ages of the group members and how physically fit we appear to be. While we were older than many of the other groups (yet stronger than they thought), we were assigned the second closest family with a quick and easy hike.  It should be noted that the gorillas wander wherever they want within the Virunga Massif. They can hang out down near the bottom of a mountain or at the crest and anywhere in between. It just depends on where the food is, what they are hungry for and is there safe places to sleep.

We were all excited for a great day of hiking only to learn that after a brief ride to the mountain and a 45-minute hike we had found our family.  The clock starts upon them noticing our presence. One hour… tick tock… 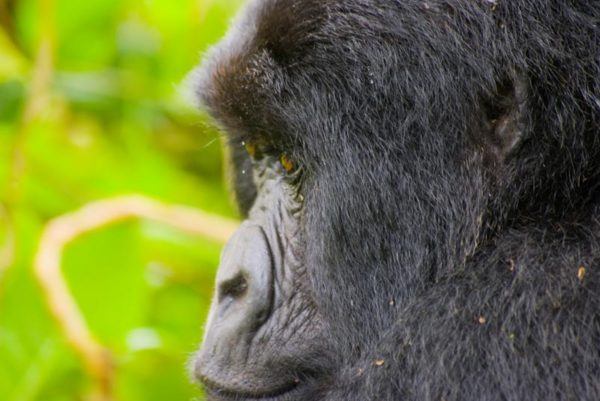 And then we see a baby gorilla sleeping in the trees.

… a mate wakes it from its slumber to play. 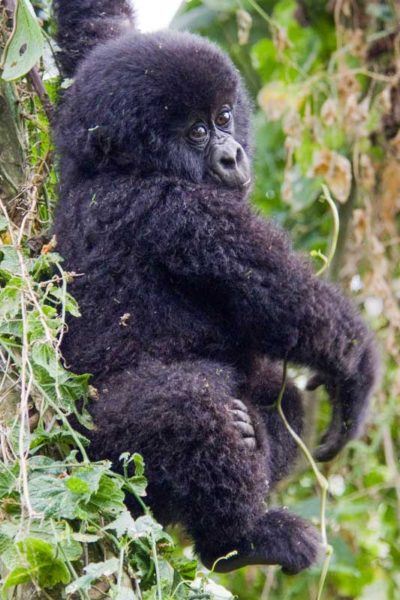 The Silverback watches us intently. 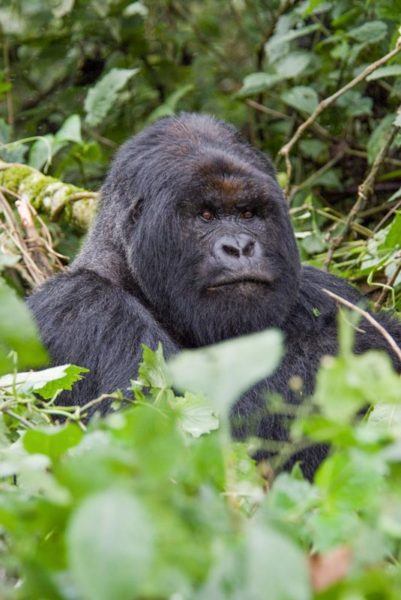 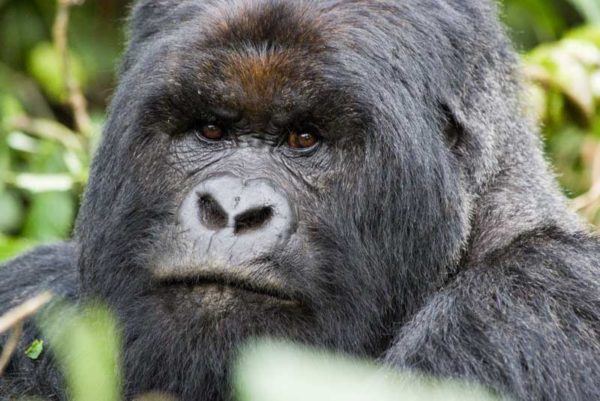 This was so amazing and in hindsight a perfect first day. The family was small. And the babies were very active. Sadly, the females did not really make themselves seen too much, but that was ok. Yes, I had a superzoom lens on my camera. It was amazing how close they will get to you. If they get too close, you have to back away. And we did several times. This days trek door to door lasted approximately 3 1/2 hours.

When we arrived back at the visitors center, we made a beeline for the office to request a more challenging trek. The staff conferred with our guide to make sure we were fit enough and promised a rigorous trek for tomorrow. Stay tuned… Our second day of trekking was out of this world. I have some fantastic pictures and a couple of great stories that are beyond belief.

You will not want to miss it. 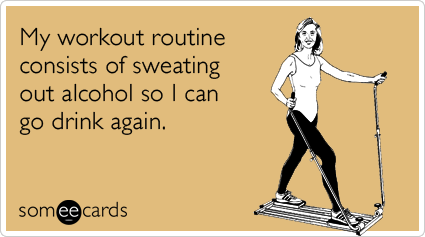