Let me be very clear, donuts are the food of the devil. Dunkin Donuts gives me severe and uncontrollable heartburn. Krispy Kreme Donuts taste amazing, but I lack the will power to stop eating them (as long as they are fresh and warm). Six or nine donuts later, my hands are shaking, and I begin to talk so fast, even I have not idea what I am saying. All of this results in a sugar headache the size of Montana. The DEVIL, I say! Do not get me started on the small “craft,” independent doughnut shops because they run out and lock their doors before noon. And who eats donuts before noon!

And another thing, donuts require yeast. Cake donuts give a bad name to cake as they are dry and tasteless and intensely heavy in the stomach. The only donut that is not the spawn of Satan is the homemade yeasted donuts that my aunt and mom used to make when we had family get-togethers when I was a wee tot. I am not a wee tot any longer, and they are no longer making donuts.

But all that changed yesterday. Yesterday my entire outlook on the world of donuts was blown at its foundation. I stopped at Duck Donuts in Westwood Plaza at 1812 Sam Rittenberg Blvd in West Ashley.

It was not my intention to go to Duck Donuts. I had to make a return at the Home Goods store, and the parking lot was jammed so I had to park at the far end of the lot. This situation required a walk past the donut shop with enticing aromas wafting hither and yon. I allowed my gaze to look through the glass windows. I saw a small child sitting at a table with a grin filled with sprinkles, icing and chocolate chips and a glassiness in her eyes. Her mother was using this opportunity to chat on the phone and ignore her daughter. I knew I had to enter the Den of Evil to save that little girl.

As I opened the door, I seemed to forget about saving that young child as I walked right past her and said to the person at the counter, “I’ll have one with cinnamon sugar and one with maple glaze and bacon.” Let me be clear, I knew these were cake donuts, and I knew I would be miserable in a matter of seconds as the brick of dough landed in my gut. But I was under Lucifer’s spell, and no longer in control of my actions.

There was a great deal of hoopla when Duck Donuts opened in Charleston. My Instagram feed was filled with open boxes of these individually decorated donut delights. 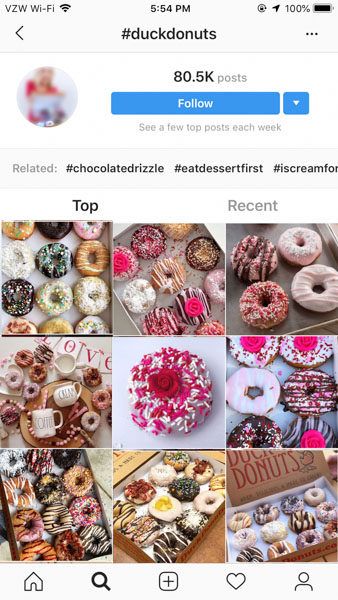 And all I could think about was why would anyone want to eat a cake donut. But now I know why.

Allow me to set the stage

The donuts are made fresh to order. The counter gal takes your order and yells out a number; in my case “two.” She explains that each donut sells for $1.50 and comes with whatever toppings you choose.

Ok, now think Coldstone or Marble Slab Creamery with a counter filled with glazes and toppings waiting for the next freshly made donut. I was intimidated by the volume of choices, so I picked from the menu. I imagine I could have gone rogue and picked a la carte, but the idea was too far-flung for me. 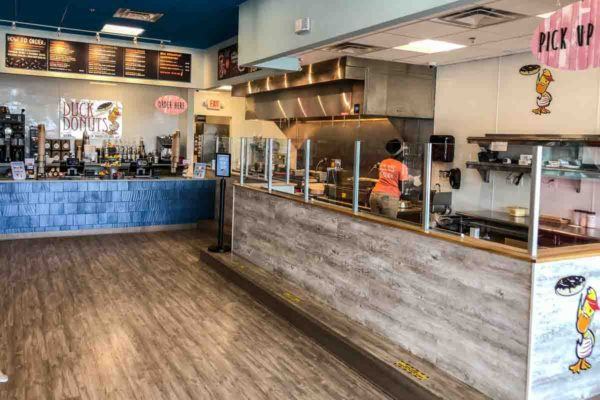 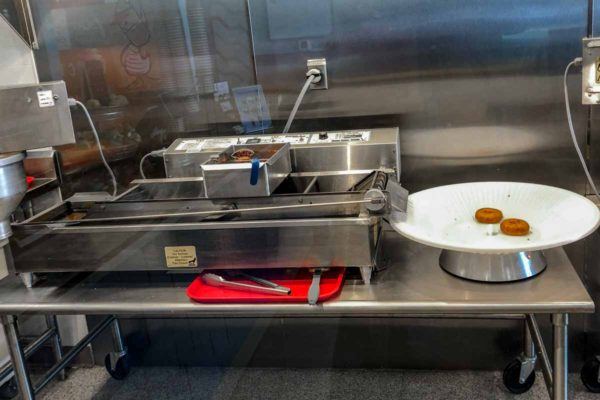 Then comes the eating. First, you need a fork as they are hot and messy. I tore off a chunk and lowered my expectations for that heavy, tasteless, dry blob from my past. But that blob never came. It was light and moist and full of flavor.  It is, was and will be beyond my wildest expectations and super delicious. 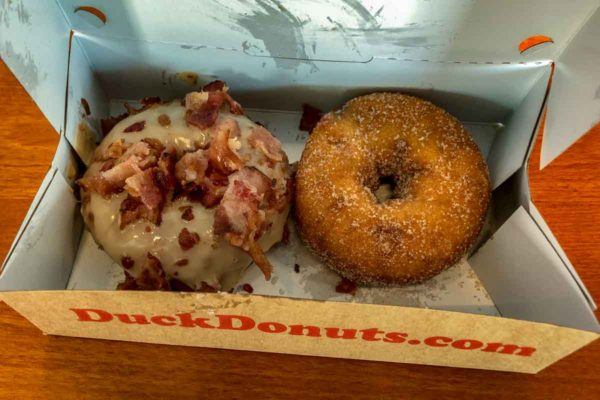 I am not sure how they will taste if you pick a box up and take to the office but “they say” a few seconds in the microwave will perk them right up. That will be for another day. I still have to get to Home Goods.

And now, that burning question. Why is it called Duck Donuts? Simple, the original store was located on the Outer Banks in Duck, NC and that was its name from the beginning. And no, they are not fried in duck fat.