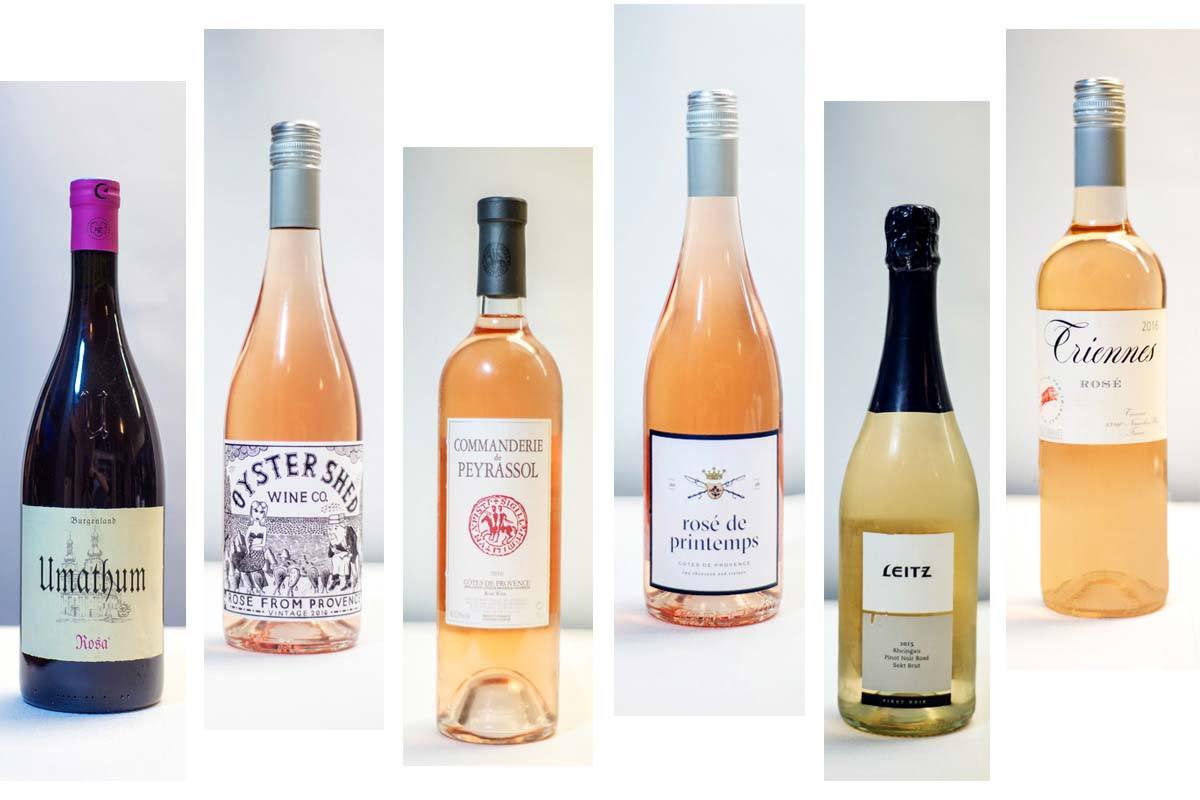 Before I get to the last six wines in the rosé portion of the wine roundup, I wanted to let you all know that Tuesday was a beautiful day in Charleston. The flood waters subsided for the most part, and while some folks have significant and costly clean up ahead, the city is back in business. There was so much water. It is hard to believe that it is already washed back out to sea. We feel so lucky that we did not lose any more trees. We lost four large oak trees last year which made us so sad.

One of our neighbors was not so lucky this storm when a monster oak tree fell and took out the power lines as it fell across the street. They have been without power since early yesterday, and it looks like the power company is getting it fixed as I type. All I can say is that Irma was 600 miles away and the havoc she caused here is unbelievable.

And now for part two of Summer’s end wine roundup.  These are wines that we did enjoy, but we did not do an in depth tasting on some of these. Perhaps because we just wanted a glass of wine without writing everything down or making a recording. Several of these wines were consumed while in Provincetown when relaxing on vacation took precedent. If you see these wines in your local area and the price point, you desire you should give them a try. 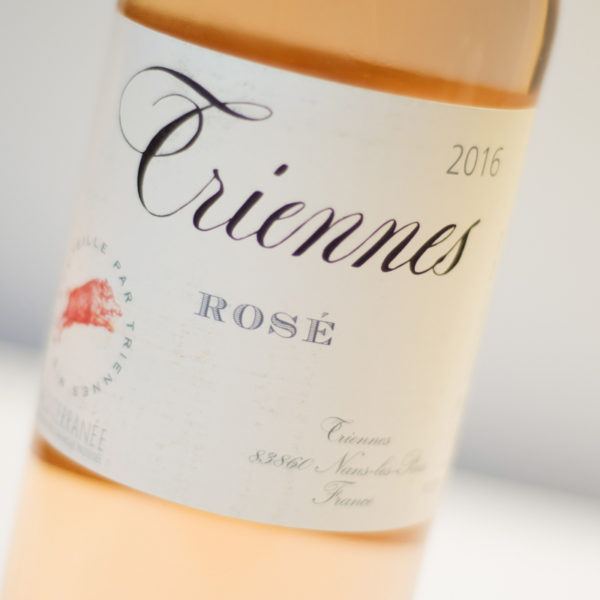 This is a delightful rosé. The cuvée is primarily Cinsault blended with Grenache, Syrah, and Merlot. It is crisp and refreshing as a rosé is expected to be with enough fruit to make it a perfect cocktail wine but also enjoy with food. If I were at a restaurant and saw this on the menu, I would order it in a heartbeat.

That said rosé is generally not an expensive wine. And given the choices available a rosé that sells for $19.99 needs a special wow factor that can put it ahead of the pack.  I am not getting that here so this wine goes on my reserve list.  However, if you are the type of person that likes to mix things up, then this is definitely one I would buy. Locally, I purchased it at Monarch Wine Merchants. If you want it, I would call first to see if it is still available since he has cut back on rosés as he moves into an autumn rotation. 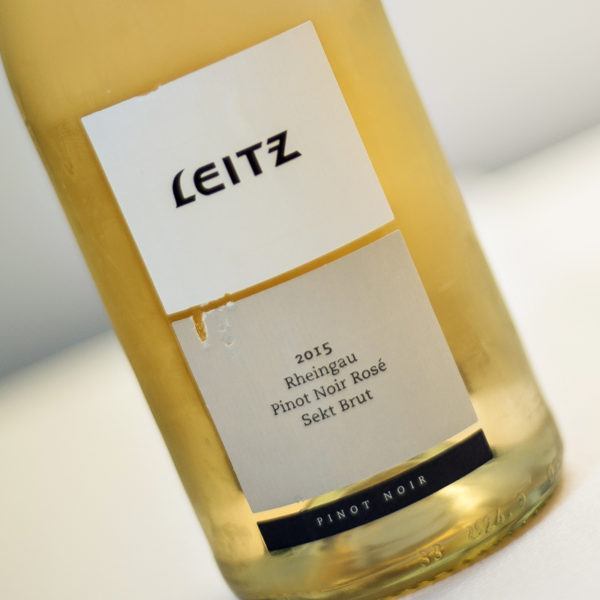 Champagne and great sparkling wines have gotten pricey regardless of where they are made. Bubbles for many means celebration and that usually means that spending more is permitted. That said there are some great sparklings out there and this one of them. I was directed to this wine from the Eric Asimov, NY Times Twenty Rosés under $20 (it must be cheaper in NY). I got this bottle for $27.99 at Bottles in Mount Pleasant.

IThe color threw me off a bit because it looks more like a white wine versus rosé. The contact with the skins must have been brief or not at all. That said, it is very drinkable, and if you are like me and are not a fan of that super “yeasty” taste, then this wine may be an option for you. I would repurchase this. 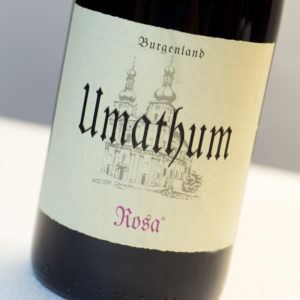 We drank this wine the same day that we drank the other Austrian rosé – Schloss Gobelsburg. These two Austrian Rosés were remarkably similar. Similar nose, same effervescence, color, balance, and body. It had a similar flavor profile as well. The average palate might have trouble telling them apart. I purchased it at Monarch Wine Merchants. If you want it, I would call first to see if it is still available since he has cut back on rosés as we move into autumn. 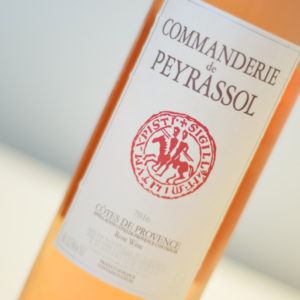 Also a wine from the Asimov list back in June at the beginning of rosé season. This wine should have a wide distribution and more than likely found in a regional or independent wine store in your area. We picked it up at Bottles in Mount Pleasant for $23.99, but it sells at The Wine Shop on Lockwood.

This is a good bottle of wine. But does not jump out of the crowded field of rosés at the $24 price point.

This wine has limited distribution in the following states: SC, AL, NC, GA, TN, LA, NY, NJ, PA, DE as it is a custom blend created especially for Grassroots Wine Imports and Distribution. Grassroots owner, Harry Root worked with winemakers in Carcés, France in the heart of Cotes de Provence to create this classic French rosé. It is a blend of 60% Grenache, 20% Syrah, and 20% Cinsault.  Its acidity drives it with strong citrus notes. It is very refreshing and would be a perfect wine served with fish and other seafood.  Lobster or Shrimp Mac & Cheese would be a great pairing as the acid in the wine will cut through the richness of the cheese.

This wine is sold locally at Monarch Wine Merchants, The Wine Shop on Lockwood, Bottles, Whole Foods and many other stores and restaurants. 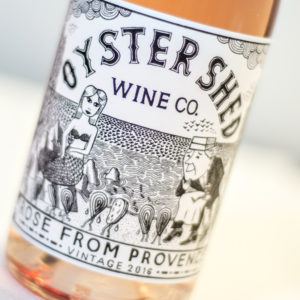 This is also a custom blend designed by Brook Reitz and Harry Root. Reitz, a Charleston restaurateur, was keen to collaborate to make a wine that would compliment seafood and especially oysters. (Reitz is owner of Leon’s Chicken and Oysters).

Gary and I found this wine to be tart, a bit chalky and a hard red fruit candy finish. We did not drink this wine with food and perhaps would have had a different experience if we had.

There were only 400 cases of this wine produced and is sold in AL, SC, NY, CA. There is hope to grow this wine and distribute across the country. Locally find it at Monarch Wine Merchants.

Well, that about does it for now.