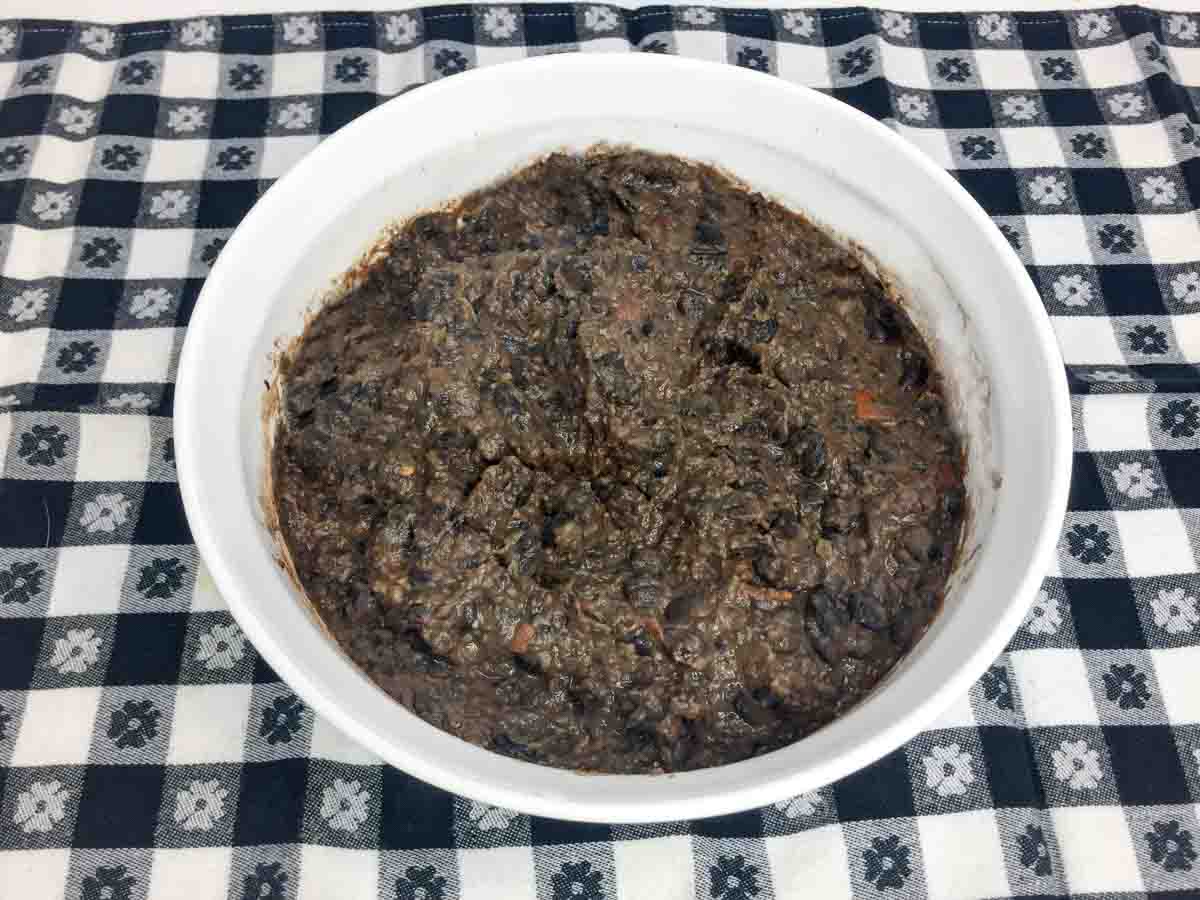 I have apparently turned into my grandmother. Social media once again has reconnected me with my past. By request, I am posting my Mexican Black Beans recipe.  And our stainless steel straws are awesome! So let’s begin.

I am my Grandma

When I was a kid and visiting my grandparents home, I can vividly recall my grandma washing and re-using plastic bags and aluminum foil. I used to giggle because I thought that defeated the purpose of one-time-use products. In my grandma’s case, it was because she was a child of The Great Depression. It was a habit as they needed to do such things to save every penny they could. While not for financial reasons, I am now doing the same thing, and it makes me smile as I think so fondly of G’ma (as I called her) every time I do this.

In the kitchen, we use quality plastic containers that will last a lifetime for food storage, but we have not been able to stop using plastic bags. One day as I was putting the bag in the trash I just stopped in my tracks and stared at it. It was basically clean with a few crumbs of whatever was in it. I thought this is a crazy waste.

So I flipped the bag inside out and washed it and left it out until it was dry, then saved for later use. Gary and I have both gotten on board and now use the same few bags over and over again. We have a set for breads and dry goods, and we have a set for cheeses. We only throw a bag away when it leaks, or it will not come clean. Yes, we are saving money. But we are also throwing away less. 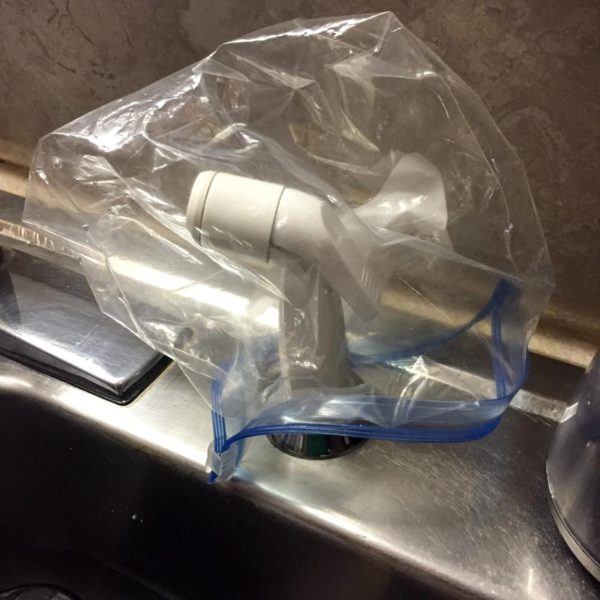 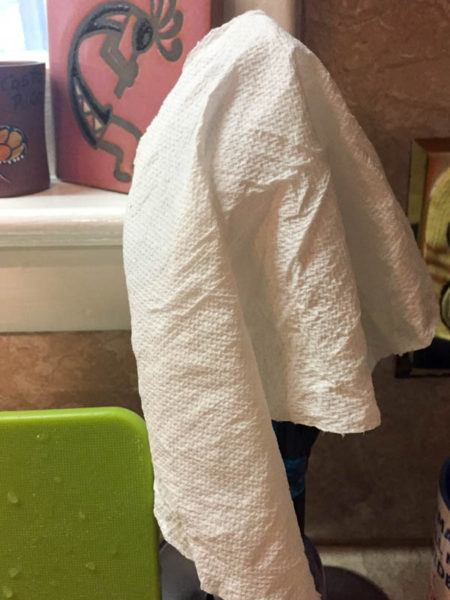 What do you do to conserve paper towel and plastic bag usage? The grandma in me wants to know.

This is only the second time that I have made these beans. Gary’s department at the hospital has a “Taco Tuesday” Potluck about once a month. Two months ago Gary was assigned refried beans. I made these.  They were a hit.  This month they told Gary he had no choice. They wanted my beans again and they wanted the recipe on the blog. An empty bowl comes home every time. So here you go ladies. Glad you like these beans!

Place the Onion and Garlic in your food processor and pulverize. 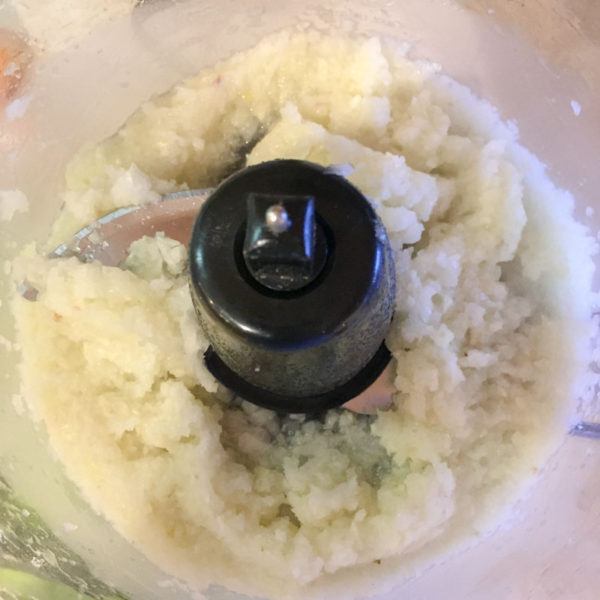 Heat about 2 Tablespoons olive oil over medium-high heat, When the oil is hot add in the onions and garlic and cook for 3 minutes. Frequently stirring so that they do not stick or burn. Add the can of Ro-tels juice and all and the Ancho Chili. 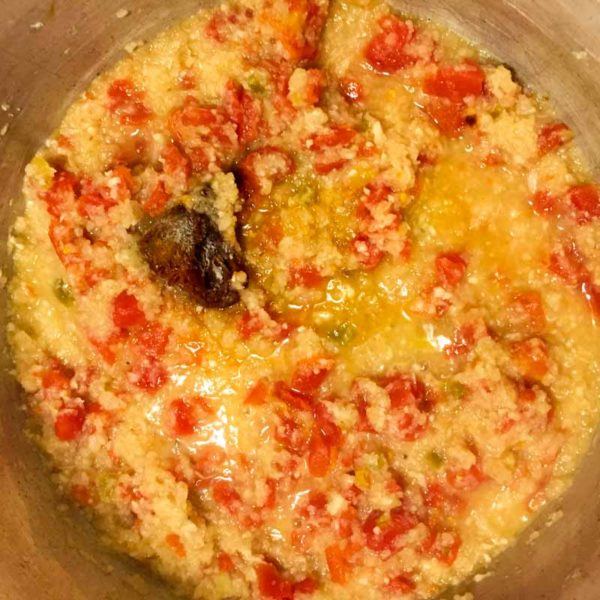 If this is a new can of chilis use just one large chili along with about a tablespoon of the adobo sauce. If this from a previously opened can which was frozen*, then cut off a 1-inch chunk and refreeze the rest.

Cook until Ancho chili and tomatoes have softened about 5-7 minutes. Add the chicken broth and 3 of the cans of rinsed black beans. Add all the spices. Stir and allow to fast simmer until the liquid has reduced by half. Stirring to keep from burning and sticking. 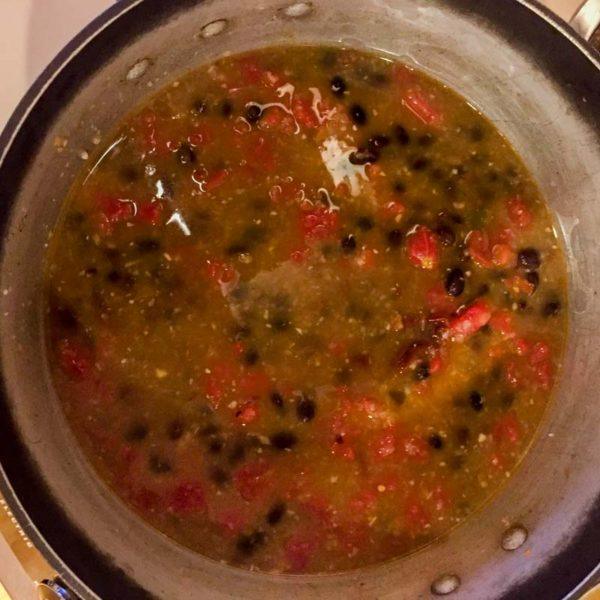 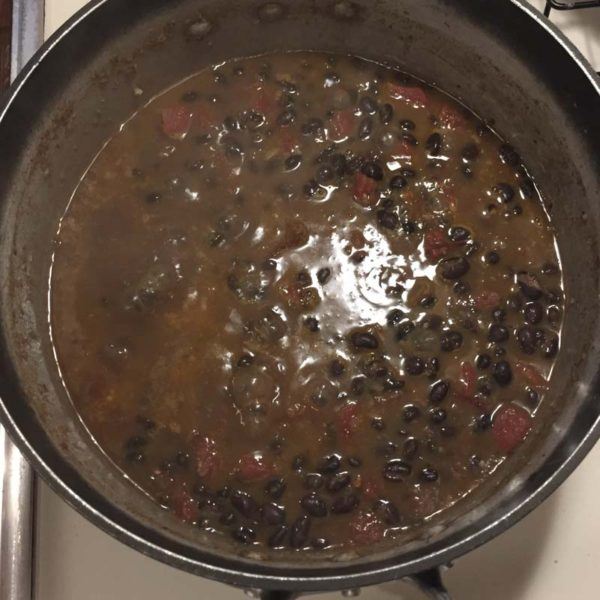 Using your immersion blender pulverize the beans and tomatoes until smooth with some chunks. If you like it super chunky then only do half the pan, if you like it smoother do the entire pan. I like them super chunky. Test for salt and other seasoning and adjust as needed. 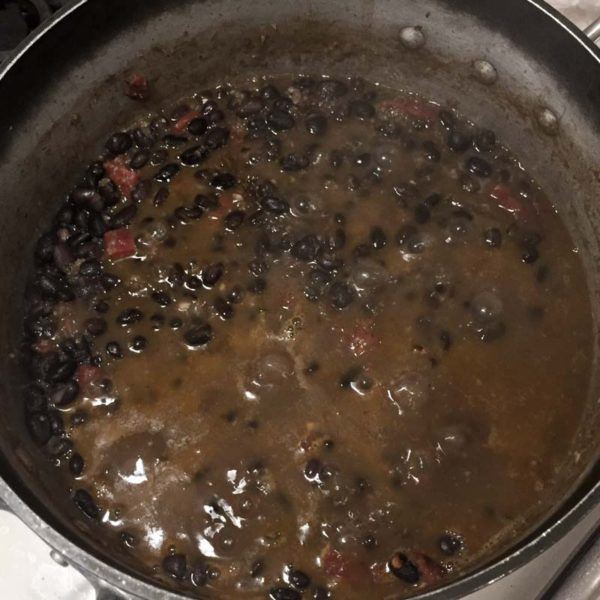 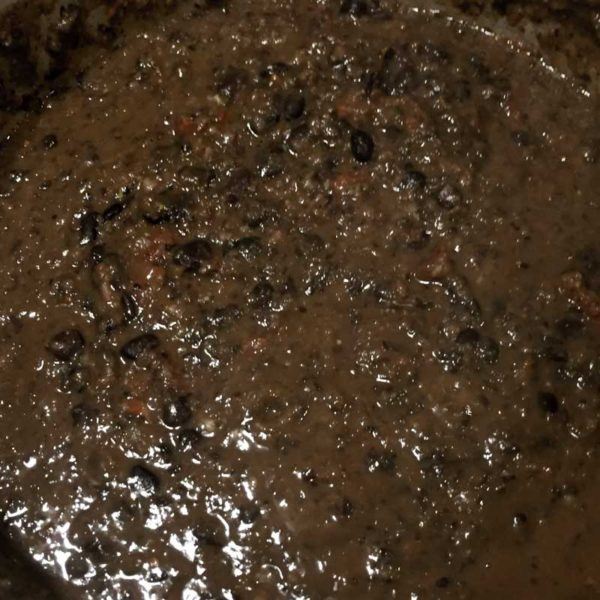 Once pulverized to your liking add the last can of rinsed beans. Stir and continue cooking until the beans have a thick refried bean consistency.

Heat Alert:
If you do not want as much spicy heat, then use diced tomato instead of Ro-tels and leave out chili power. Use the Ancho chili because it provides the smokiness to the dish.

When social media came into being, and Facebook launched, I was not a fan and declared, “I don’t even know 100 people let alone want to be “friends.” The idea seemed ridiculous, and there was no way I was getting near it. But actual friends from my networking group made a compelling argument and so I stuck my toe in the water to promote my photography business.

Fast forward to now, and social media is now a primary way of communicating. But it has also reconnected me to the history of my life. It even got me to my high school reunion which you can read about here. But the reason for this shout out to Facebook is because once again, it reconnected me to a group of friends this time from my restaurant job that I had all through college. I spent four years with this group of friends. And they were so important to my life back then, but like so many others we lost touch. I had searched many times to no avail.

Recently, after talking about a college experience that included these folks I decided to try again only this time I hit the jackpot. Last Thursday, I relived a special part of my college years with Lisa and Sarah as we “facetimed” for over an hour. It was like decades were erased as we talked about old times and then got all caught up with our lives today.

I walked on air the rest of the day. And I look forward to following along on their life’s adventure.

There may be a lot of nothing on social media along with cat videos, political ranting, and pictures of friend’s dinners but Facebook also opens up doors to your past and maybe to your future. I no longer scoff at Facebook and other platforms because I have no idea what is going to happen next.

And check out this great new Stainless Steel Straw. I love it. 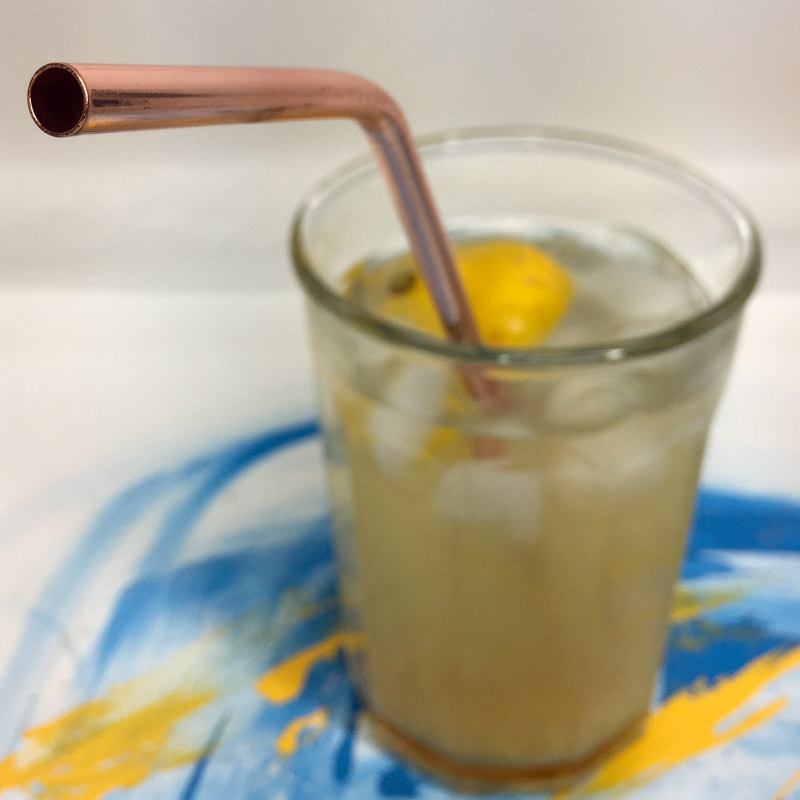