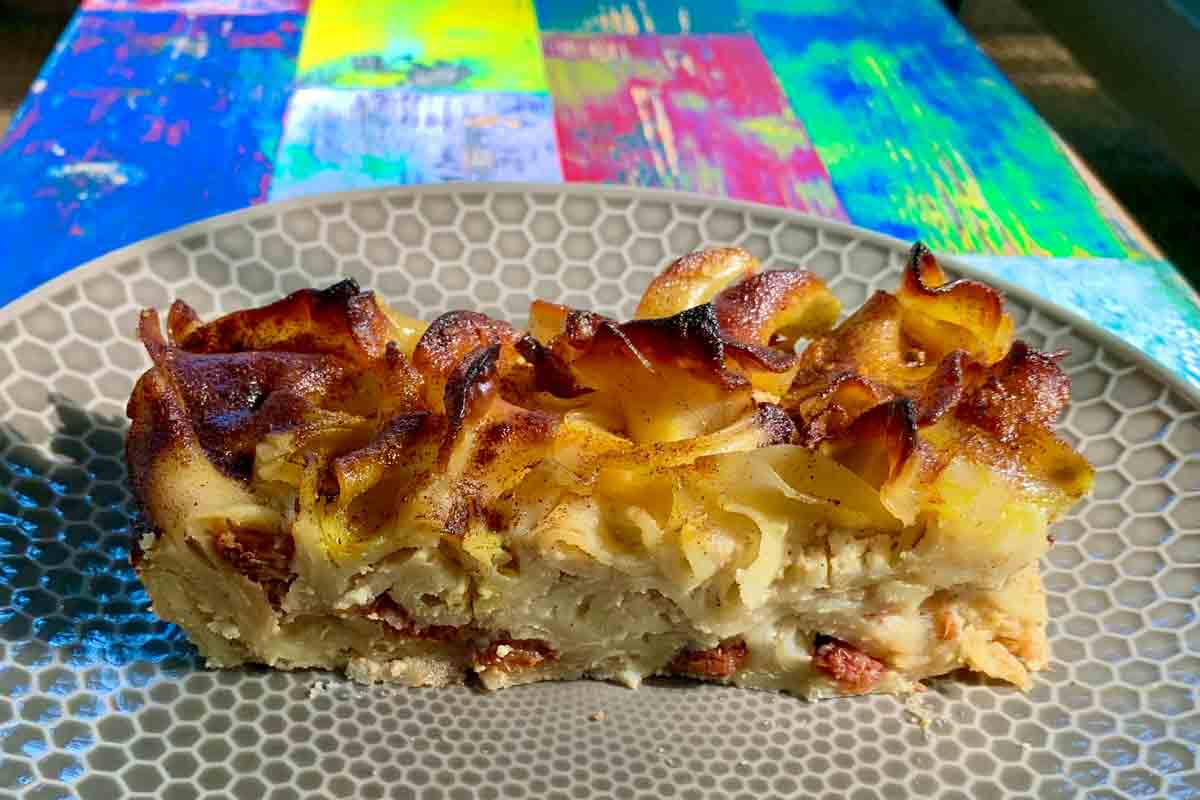 My love for noodle kugel comes from many a dinner with our Jewish friends when Gary and I lived in Chicago. Although I am not a believer in organized religion, I have always had an affinity for one of the Jewish holiday traditions – Passover Seder.  The story told at dinner so resonates with me. Fast forward to my Ancestry DNA test, and I learned that I have almost 30% Eastern European Jewish DNA.  I know what? How can Jewish be in DNA when it is a religion and a culture?  Well, I wondered that myself.  And this is what I found in a newspaper article in The Guardian, a U.K. mainstream news organization. (The link will take you to the full article.)

…After arriving in eastern Europe around a millennium ago, the company’s website explained, Jewish communities remained segregated by force and by custom, mixing only occasionally with local populations. Isolation slowly narrowed the gene pool, which now gives modern Jews of European descent, like my family, a set of identifiable genetic variations that set them apart from other European populations at a microscopic level. …

So go figure, perhaps my love of noodle kugel and Passover Seder is genetic? 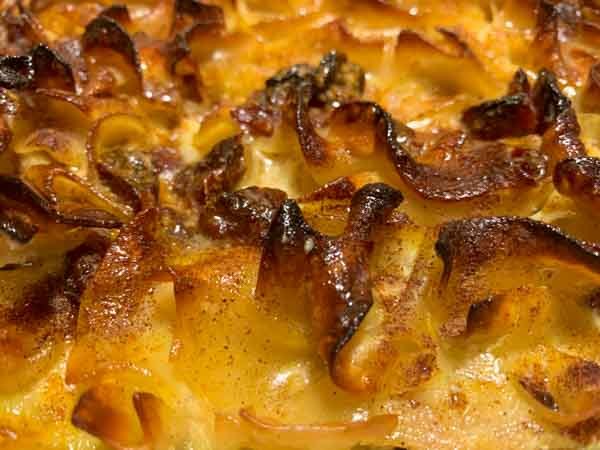 6 eggs
1 cup sour cream
1 1/2 c. sugar
Teaspoon cinnamon (plus a tad more for dusting)
1 tsp. vanilla
1 lb. broad egg noodles (requires one 12-ounce bag plus part of another since the package shrunk and is no longer 16 ounces)
1/4 lb. butter, melted
1 cup dried tart cherries (soaked in hot water for about 30-45 minutes)
Salt (for the water for boiling noodles)

Boil and drain noodles. Set aside. Pre-heat oven at 400 degrees 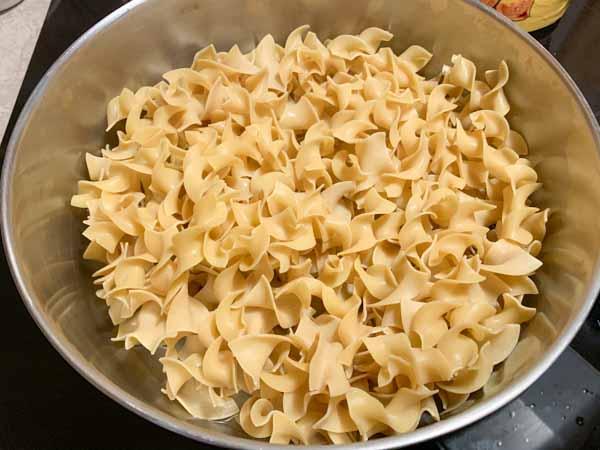 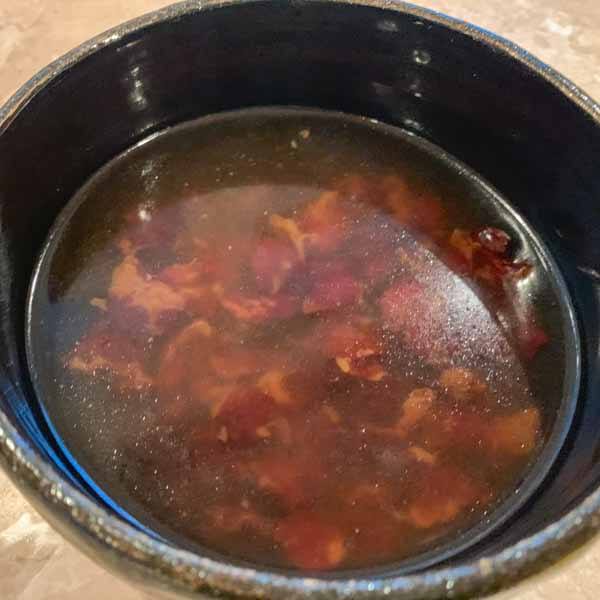 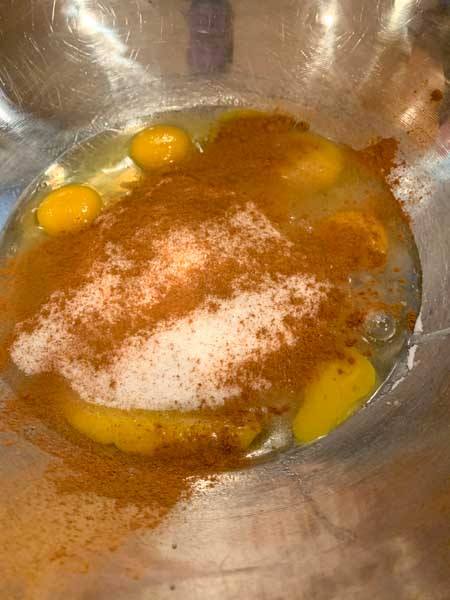 Add melted butter slowly so that you do not cook the eggs. 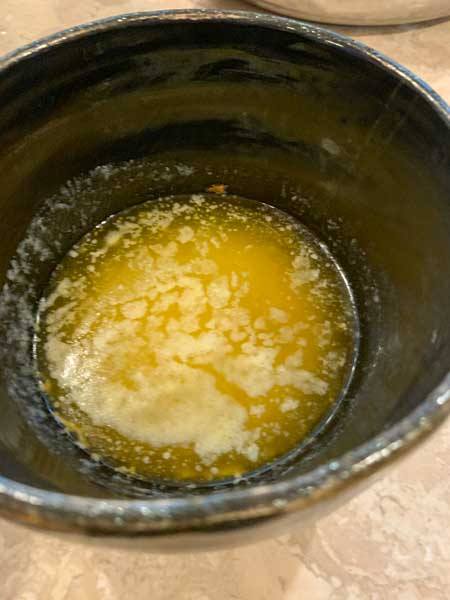 Once well-integrated, add the reconstituted cherries and the cooked egg noodles. 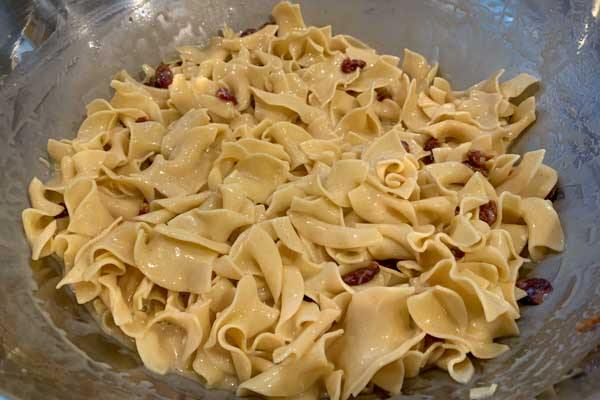 Bake in a buttered 9 x 13-inch pan for 45 minutes or until custard is set and golden brown on top. Allow for it to cool before serving and refrigerate to store. Serves 6-8 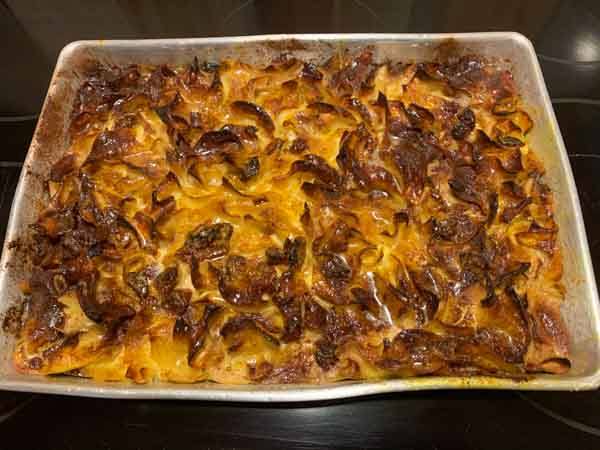 Note:  I used the dried tart cherries because I had all of the ingredients except for the raisins. I did not want to go to the store. So I punted with the cherries and am really glad I did.  The tartness was a perfect counterbalance to the richness of the custard.

Enjoy the cool fall weather, and please be safe as Covid-19 surges again. 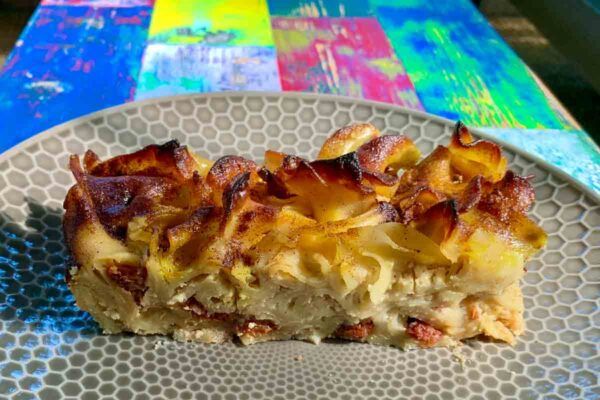