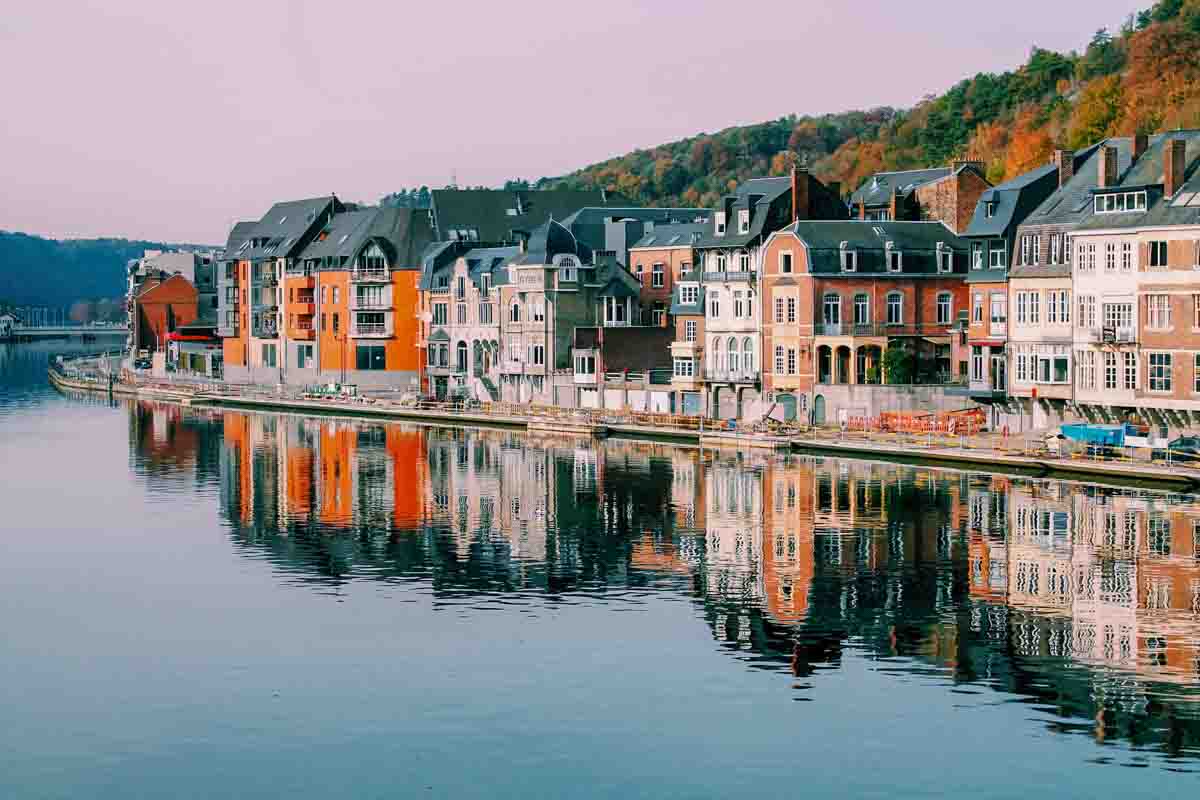 January is always a mix of end of the year to-dos and new year ponderings. As such, my life lately has been a hotbed of busy. We have already done our taxes; thanks to the best tax guy in town, if not the world, Steven @ The Clem Collaborative. I have cleaned the studio and will do it again this weekend as it takes several passes to get it right. At some point in the next two weeks, I have got to tackle the piles of papers that I keep acquiring. No matter how hard I try to not make piles, it just happens. But this is what January is all about.

So what else has been taking up my time? Finding 10-year-old spices in the spice cabinet is one. Cutting back on Facebook is another. After that, I have some Favorite Things that I feel compelled to share.

The cabinets in our kitchen are original to the house built in 1966. They are basic cavities and a door without any specific function other than to hold kitchen stuff. Some cabinet spaces flow into the other without regard to having separate doors. The corner cabinet is a cavernous wasteland where things go to get lost. Once in the back half of the cave, they are impossible to see and almost impossible to retrieve. Next to this space is the spice cabinet. Although they have separate doors, they flow freely into one another. This would explain why I had three bottles of whole coriander seeds all expired three or more years ago. And five cans of Pam-like olive oil and butter sprays. So I decided it was time to remove, evaluate, save or purge every item from these two spaces. Dang, it felt good. 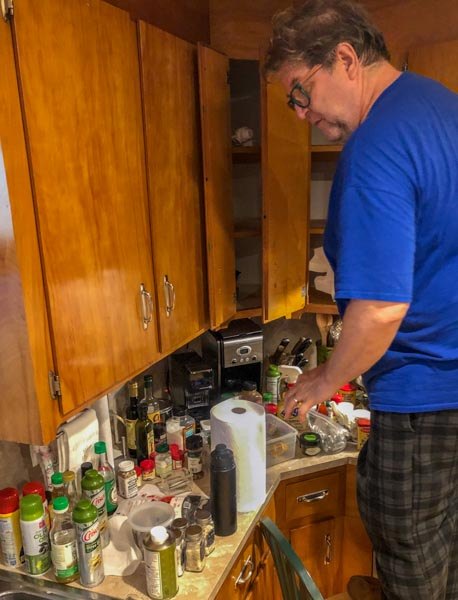 It was a “hot mess.” I probably threw away 30 bottles and jars of herbs and spices. I am embarrassed to tell you the expiration date on some but let’s just say it was before 2010.

How long should you keep spices and dried herbs?

That depends.  Generally, whole spices like cinnamon sticks, cloves, allspice will stay fresh for about four years. With ground spices, you lose a year; lasting about three years. And dried leafy herbs like oregano, thyme, etc. last from 1 to 3 years but those are less of an issue for me. Here on out, I am putting the month/year on the bottle of every jar, so I know what has lost its luster.

I am diminishing my time on Facebook. This has been lingering since the Cambridge Analytica debacle.  Then there are the constant algorithm changes that make it impossible to see what your friends are up to unless you are engaged and commenting for hours on end. And who has time for that? So you will see me on that platform less and less.  I can not completely walk away because it is the only way some folks including many wine writers use to keep in contact with me. And I can not miss my friend Steven’s morning “ditty” as it always puts a smile on my face. The one below I did a screen grab and posted it on Instagram with the comment because it was THAT good.

So, if you want to see what I am up to on a daily basis, I suggest Instagram (yes, I know its owned by Facebook). My profile is @coffeetoredwine 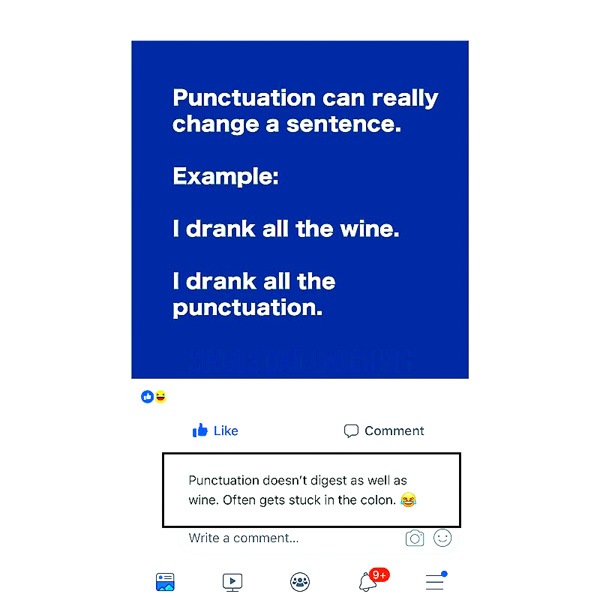 What the heck is a rough puff or for that matter a full puff? How about savory parcels, quick flake pastry, enriched dough, suet crust, hot water crust, chou, sweet crust, shortcrust, frangipane, Victoria’s sandwich, sponge, Genoise sponge, traybake, and Bakewell Tart? And why when baking pies, do they not use pie pans? Oh. My. God. my head is spinning.

As you all know, I am NOT a baker.

Most of my attempts at baking are disastrous. Then I started watching The Great British Baking Show on Netflix (apparently it is on PBS as well, but I do not get PBS). From the very first episode of the first season, I was enthralled. Like I wanted to binge six seasons all in one night, enthralled.

This is a British television show that brings in twelve amateur bakers from across the UK to bake desserts and savory pastries, the likes of which I have never seen nor heard. (see above) There are three challenges per episode: A Signature Bake, A Technical Challenge and A Show Stopper. The Signature is to prove your worth. The Technical is to prove your skill. And the Showstopper is to be a WOW!. The first four episodes I spent googling terms that I had never heard. (see above)

The pace is dramatic, and the contestants become your friends for whom you are cheering. The hosts are funny, and the judging is tough but fair. You can win one week and be out the next. The tears of joy and sadness are real. The winner each season gets an engraved glass cake stand and some flowers. If there is any prize money, it is not discussed (how British of them). This show is about being the best. I love GBBS and have seen every episode of every season available. This is reality tv at its finest, and I highly recommend watching it.

I am going to learn to bake properly.

I even got a cookbook for Christmas to get me started. So stay tuned, I will share my progress – yes the good, the bad, and the ugly. In the meantime, “The lamination on my rough puff is a bit claggy. I should have used cling film. I worked so hard; now I’m just gobsmacked.” 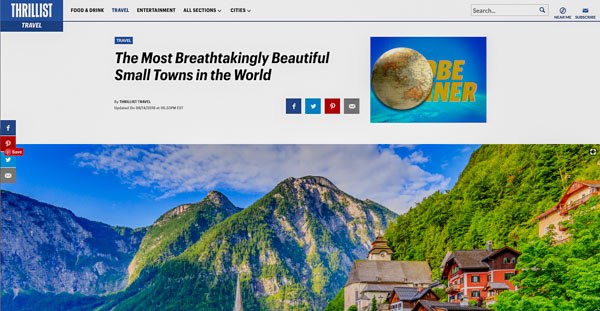 Here are two recent lists that I devoured. It is ok to dream about future vacation destinations.

The Most Breathtakingly Beautiful Small Towns in the World

These places range in population to a few hundred to 10,000 +/-. The pictures are stunning. Maybe its just a day trip on a much bigger vacation but these towns look too good to pass up. Some on the list include Ko Phi Phi, Thailand; Cesky Krumlov, Czech Republic; Alberobello, Italy; Paraty, Brazil; Hallstatt, Austria; Rothenburg ob der Tauber, Germany; and Stepantsminda, Republic of Georgia.

This list has everything from domestic Denver, CO and San Diego, CA to the attainable Montreal, Canada. But also includes popular overseas destinations like New Zealand, Morocco, and Normandy, France. I must say, I never hear about trips to Normandy unless you are a veteran of World War II. But Mont Saint-Michel in Normandy looks like a must see before I die, kind of place.

Then there are the most “out there,” definitely off the beaten path places like Greenland and Uzbekistan.

But hey, one can dream.

So that is my life lately with a few favorite things thrown in for good measure.

Thank you to Alex Vasey for being my featured image. 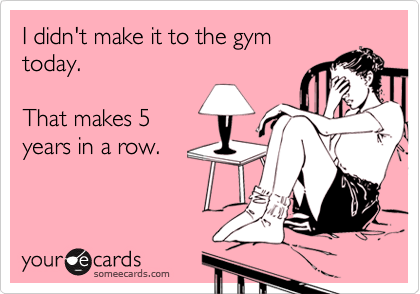