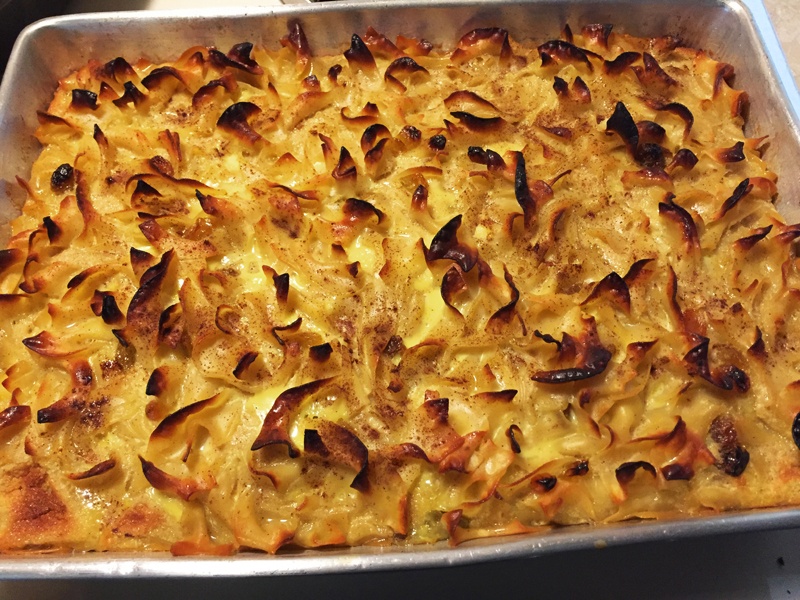 Spring has sprung which means Passover is coming which then means I crave Noodle Kugel.  Yes, I know Noodle Kugel is not part of the Passover celebration but this is when I think of it. Some of my Jewish friends took liberties with dessert served after the Passover meal, what can I say.  Fast forward to now….I love Kugle and think about it every Spring.  I have tried a couple recipes over the years with little success because they just did not taste like that which I had eaten.  That is until I found this recipe from Cooks.com.  I made it last week and it was gone in the blink of an eye.  I think Gary likes it too!

If you are unfamiliar with this dessert, think bread pudding only with egg noodles.  It is not too sweet because the noodles do not absorb the custard resulting in a little sweet and savory in every bite.  Recipe is super easy and quick.  Give it a go.  You will not be sorry.

(modified from a recipe onCooks.com) 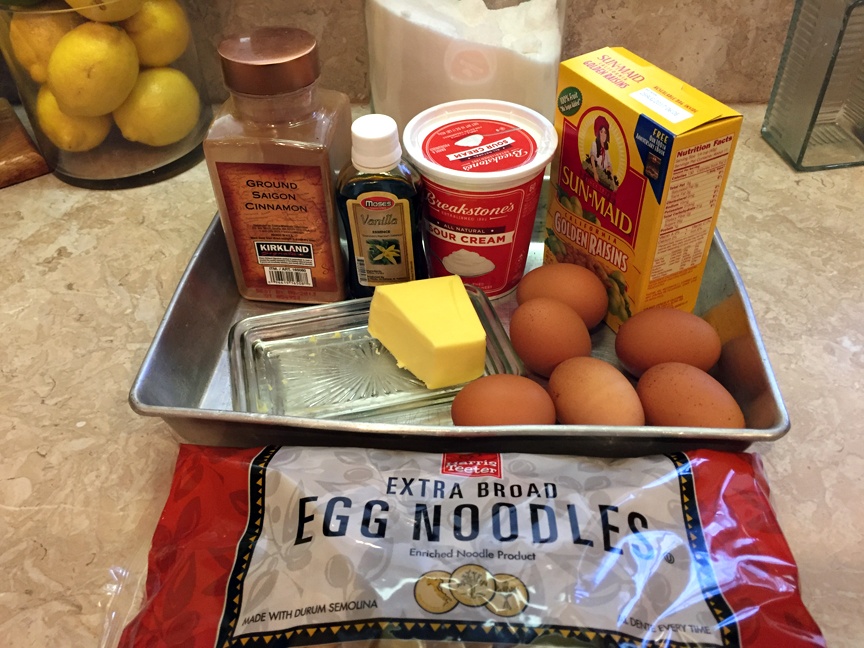 1/2 tsp. cinnamon (plus a tad more for dusting)

1 cup raisins (I use golden raisins)

Pinch of salt (while boiling noodles) 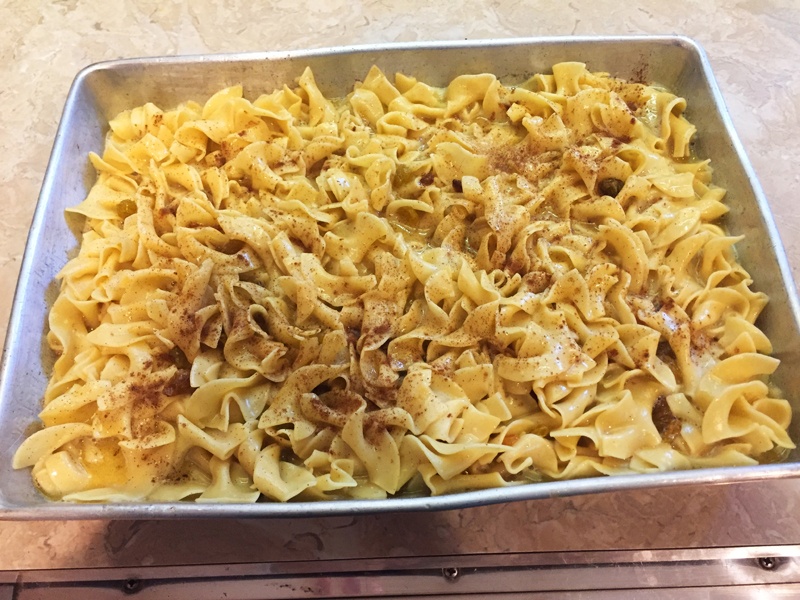 Boil and drain noodles. Set aside.

Combine and mix eggs, sour cream, sugar and cinnamon. Add melted butter slowly to not cook the eggs followed by Raisins and cooked egg noodles. Sprinkle with cinnamon. Bake in a buttered 9 x 13 inch pan at 400 degrees for 45 minutes or until custard is set and gold brown on top.  Allow to cool before serving and refrigerate to store. 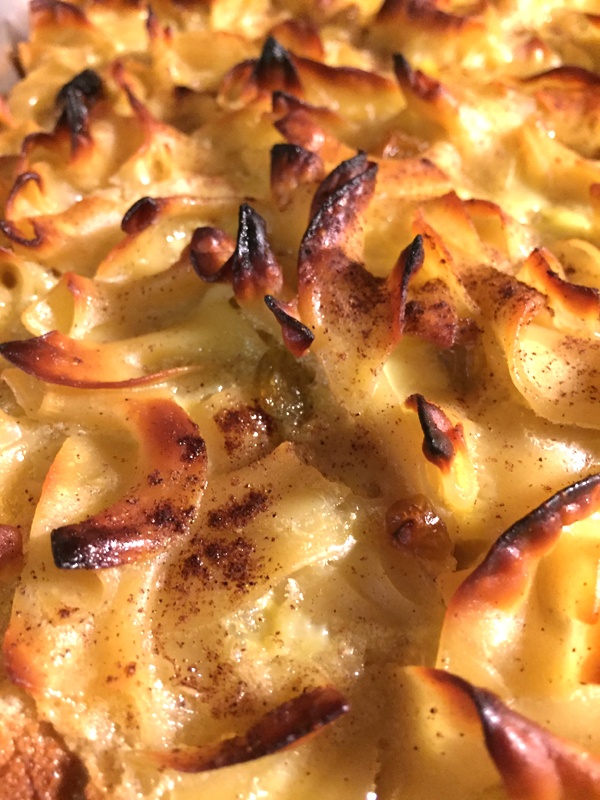 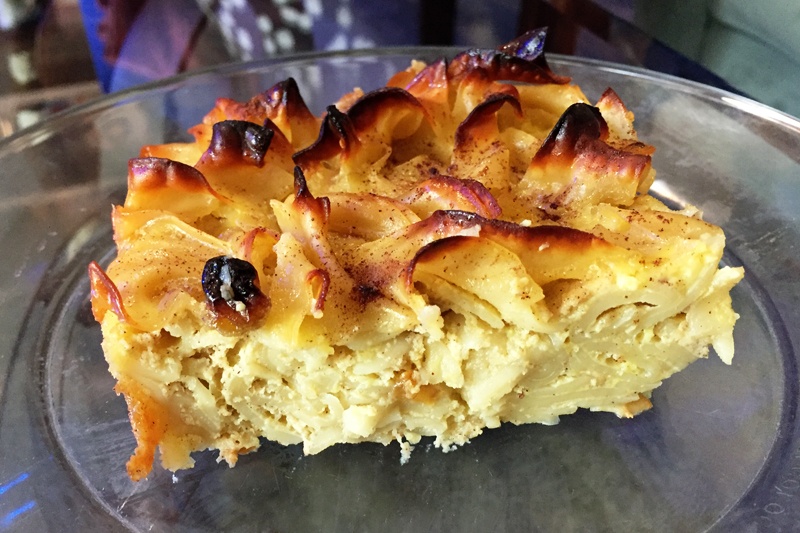 For those of us who never learned to chop herbs like a chef, this little BIG thing is HUGE!

These Herb Scissors make preparing any dish with any herb a breeze.  I first saw these at my sister’s house when she was preparing guacamole. Cilantro without the stems…what a concept.  These scissors come with the comb making them easy to clean that also doubles as the blade protector. 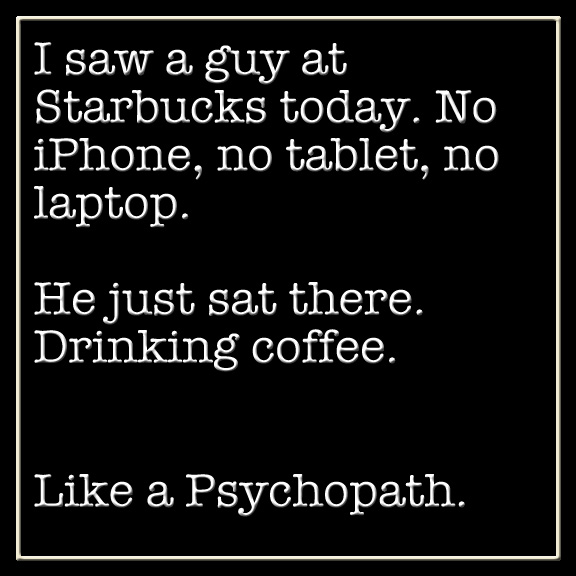