As someone “from Off,” (aka not being from Charleston) I used to laugh when Charlestonians would say they never go to Mount Pleasant. It is just too far.  It’s 10 miles to Whole Foods and 15 miles to the nicest shopping mall in the area if you still do that sort of thing. So really it is “not far.” But now after 14 years, I have found myself saying the same thing. That is until I found Joey Tomatoes. They say “the best Italian deli south of Jersey.” And since the owners are from New Jersey, they may be biased, but they also know what they are talking ’bout.

I have now been to Joey Tomatoes twice, and if you have not been, you gotta go. For Breakfast or Lunch that is, because they are not open for dinner. But while eating your lunch you can pick up some Eggplant Parmesan, Lasagna made here on site, or maybe some fresh/frozen pasta and some “gravy” ) for your dinner as well.

from my friend Karen about the source for the pasta:

FYI – the pasta comes from Pastosa Ravioli company which originated in Brooklyn, not New Jersey. They had a second store in Staten Island when I was young. Pretty sure they have franchised now and have stores in all 5 boroughs. Then they have places like Joey tomatoes that are licensed to sell the product. Just wanted to make sure you had the right info. As much as NJ would like to take credit for Pastosa’s it’s Brooklyn that gets to claim it as its own. 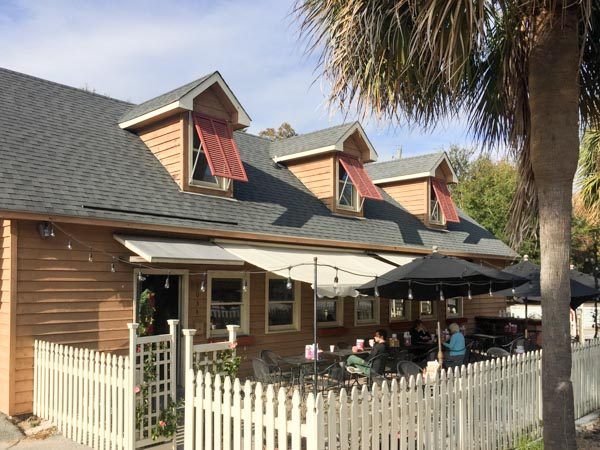 It is always best to go when the weather is nice because that doubles the tables and you do not have to worry about finding a place to sit. Cause they get busy! You place your order at the counter, and then a runner brings you your meal from the kitchen. They are fast and furious. You can not believe how quickly the sandwich lands at your table. 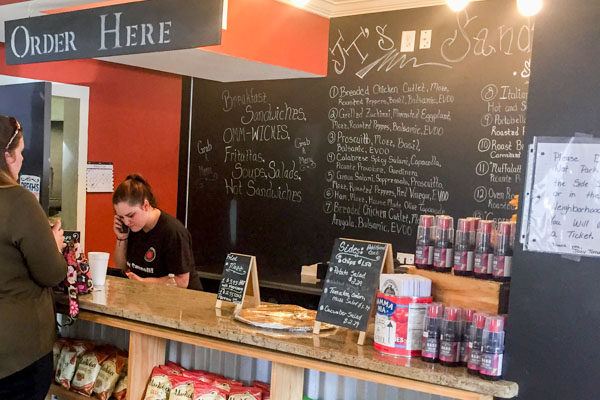 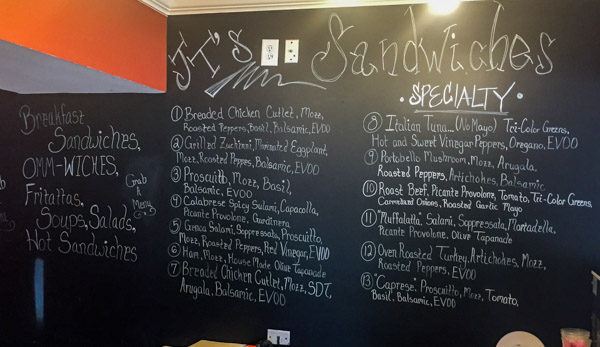 No worries if the Specialty Sandwiches are not your thing they have Soup du Jour, Salads, and hot sandwiches that include New York Style Steamed Pastrami or Corned Beef topped with Swiss Cheese on Seeded Jewish Rye. As well as three Italian Specialties: Meatball Parmesan on a Hoagie Roll; Sausage, Peppers & Onions on Crusty Italian Loaf; and Chicken Parmesan also on Crusty Italian Loaf.

Did I mention they also serve breakfast all day including Omm-wiches (omelet sandwiches), Breakfast Sandwiches and Frittatas?

Before I tell you what we ate, I gotta tell you about this “Crusty Italian Loaf” that they use for most sandwiches. After the first bite of my first sandwich, I felt like I disappeared into my head dreaming of Italy. The interior is soft and pillowy with random air pockets that cradle butter or cheese or jam so nicely. And the crust is so crisp and crunchy and… Then my friend Karen, smacked me across the face as Cher did to Nicholas Cage in Moonstruck – “Snap out of it!” Ok, just kidding but I swear I heard Italian Angels singing. (FYI – This bread is made and baked just half way then frozen in New Jersey before it is shipped to Charleston. I always buy a few loaves to take home. With 10 minutes in a 375-degree oven and boom! fresh bread!)

Ok, Now What We Ate!

Karen always gets the same sandwich. Its a #5 called The Big Three – Imported Genoa Salami, Soppressata, and Proscuitto topped with Homemade Mozzarella, Roasted Red Peppers, Extra-Virgin Olive Oil and a splash of Red Vinegar. The meat is stacked high, the tomatoes are ripe, and the fresh Mozzarella is plentiful all on that amazing crusty Italian loaf. ($9.50)

On my first visit, I ordered the Chicken Parmesan (It does not have a number). This is classic Parm style and super delish. Deep-fried, tender, yet crispy chicken cutlet topped with ooey, gooey melted fresh mozzarella and slathered in marinara. Yep, it too is on that loaf. ($9.50)

The side I generally get is the cucumber salad. It is a bit pricey at $2.79 for the quarter-sized deli container, but it is delicious.

On our next visit… You guessed it Karen got the #5.

And I got the #8. It is the Italian Tuna (no Mayo!) with Hot and Sweet Vinegar Peppers, Tri-Color Greens and Dried Oregano, and EVOO. ($9.50) This too was incredible. I would order again in a minute.

There is plenty of parking, and they have seating inside and out. Drinks are sold by the bottle or can, and that brings me to my only complaint. There is no recycling container for these items, so I always take mine with me to recycle when I get home.
Joey Tomatoes Deli & Market is located at 1034 Chuck Dawley Blvd. in Mount Pleasant, SC. You can call and place an order at (843) 352-2294. Hours are Monday – Saturday 8:00a – 6:00pm and Sunday 8:00a – 3p.
The complete menu can be viewed online as well. 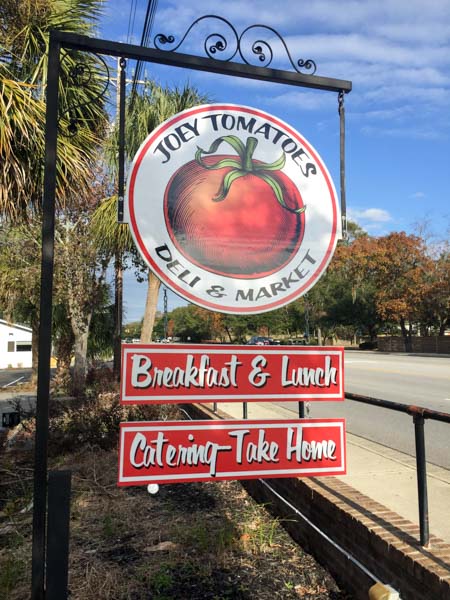