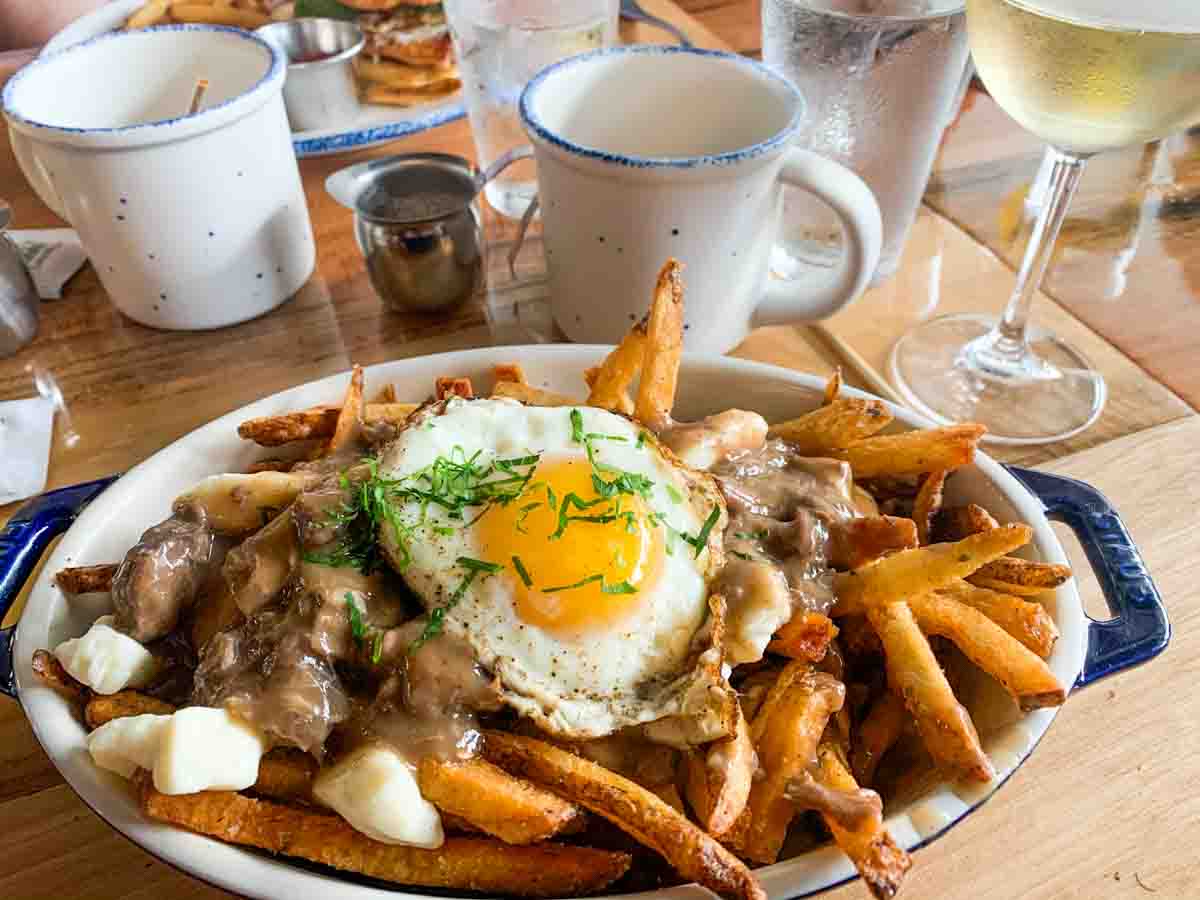 … before the citywide closures.

On Sunday, March 15th Gary and I went to Herd Provisions for brunch with a group of dear friends. This was just two days before the city asked all restaurants to close for in-restaurant dining. I was going to hold off on posting this until things got better, but that looks to be a while longer, and I did not want to wait.

Besides, last week we got a flyer from a couple of high schoolers looking for work. We hired them, and when chatting, I learned that one of the young men works at Herd Provisions in the kitchen but was laid off.  That conversation made Gary and my experience at Herd Provisions top of mind again. So what the heck, read this, drool while looking at the pictures, and make a note to go there when they reopen.

Herd Provisions is for Brunch

I had only heard of Herd Provisions as a butcher shop and meat CSA, I had no idea that there was also a restaurant. So I was excited to give it a try. Gary was less excited because he thought the menu would be meat-heavy. But he was pleasantly surprised once he took a look at the menu. 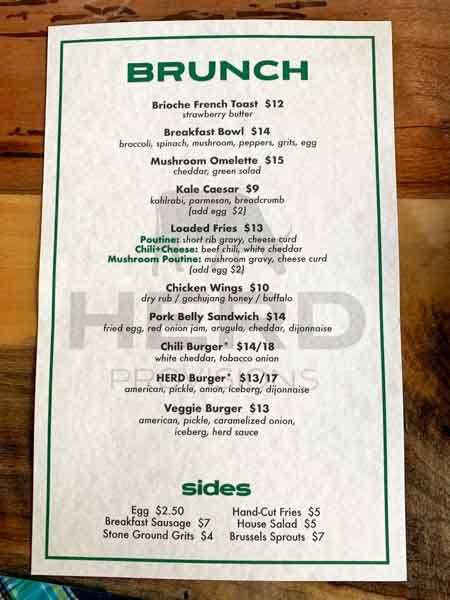 Herd Provisions – What We Ate.

The most popular dish ordered was the brunch special. Corned beef hash topped with two sunnyside eggs. Based on the cleaned plates at the end of the meal, I would say that they loved it.  I am guessing that this was “a tip of the hat” to St. Patrick’s Day that was two days later.

The second most popular dish was the Poutine, a specialty of Quebec, Canada. Poutine is a dish that begins with a mound of delicious french fries. It is topped with fresh cheese curds followed by a ladle of brown gravy. Herd Provisions kicks the gravy up a notch with your choice of either short rib or mushroom gravy.  Add a fried egg (or two), and it is a perfect brunch dish.

Ok, I probably went a bit overboard with the two eggs instead of one and a side of the short rib gravy, but I was so undecided. So I went all in and got both.  The mushroom gravy is superb, and I really enjoyed it.  However, the Short Rib Gravy is beyond words, and I can not wait to get back there and have this again.  Absolutely spectacular.

This is a housemade patty. He loved it and said it was probably the best veggie burger he has ever eaten. And that is saying a lot because mushrooms are a key ingredient, and Gary is not fond of them. I can only report what he said and the fact that his plate was clean at the end of the meal. He loved it.

And one guest ordered the Pork Belly Sandwich. I did not get a picture. But the report was, “Three thumbs up”. 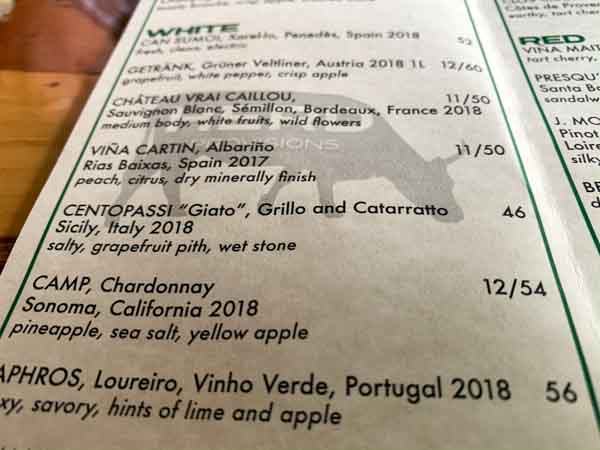 I say “situation” because, well, I am not sure how else to describe it.  BUT, and this is a big but, they handled the situation with grace and humility and worked with me to get us wine we all could enjoy. And let me be clear, situations will happen, but how you handle the situation is whether or not you get a win or a pissed off customer.

Herd Provisions for the WIN!

So I ordered the Centopassi “Giato” for the table. This is a Sicilian, Italian white blend that Gary and I had recently sampled and subsequently purchased. We knew it would be a crowd-pleaser and a great price for a brunch wine. In what seemed like forever, the wine was not forthcoming. Eventually, the manager on duty informed us that they were out of this wine. So I ordered the Viña Cartin Albariño. We loved it and ordered a second bottle. Sheepishly, they came to the table with a different Albariño that was not on their list and asked if this would be acceptable.  It was, and for both bottles, they charged us the price of the “Giato,” which was the least expensive of the three.

If I had to guess the “why”, I would say its because we were all aware that the city could be shut down soon, so reordering backstock became a low priority to save money.  No harm, no foul Herd Provisions, that makes sense to us.

We had a wonderful experience at Herd Provisions for brunch, and we hope to visit again for brunch as well as for dinner.  The staff is friendly, and they worked hard to solve the hiccups with the wine. The interior space is warm and comforting with lots of exposed wood.

Most importantly, the food was spectacular.

Herd Provisions located at 106 Grove St, Charleston, SC 29403 (at the order of Grove and Rutledge just beyond Hampton Park) * Phone: (843) 637–4145 * Street Parking Available * Entrance to the restaurant is down the walkway past the retail butcher shop.