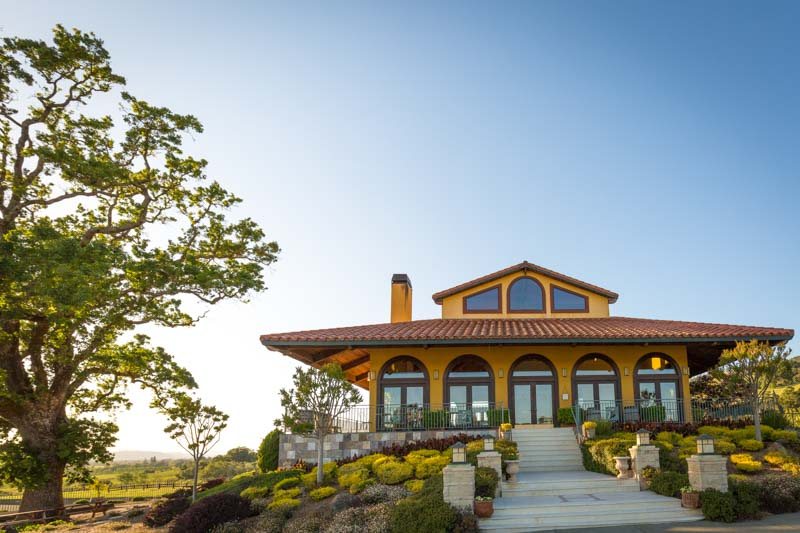 I had been looking forward to this day for months. I got to mingle with other bloggers, taste great wines and learn, learn, learn. This is Wine Bloggers Conference 2017, day one. This day was jam-packed starting with a tour and gourmet luncheon with pairings at Hanna Winery & Vineyards followed by a Zinfandel tasting, a Pinot Noir tasting and then the opening reception with tasting tables called, “Wines of the World.” Whew! If it sounds like a lot, it was. I was overwhelmed.

The highlight of this day was Hanna Winery and Vineyards, so let’s go! 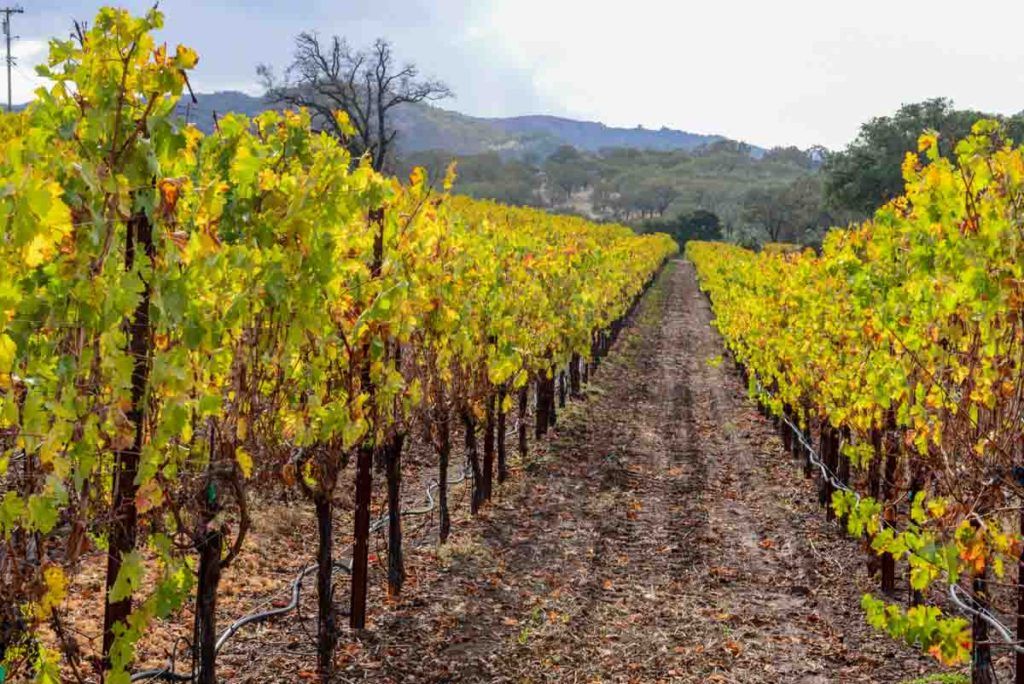 We arrived at the Alexander Valley location of Hanna Winery & Vineyards we were greeted by smiling faces and a glass of 2016 Hanna Russian River Valley Sauvignon Blanc. It is bright and crisp with the perfect acidity for a lunchtime cocktail wine. The citrusy flavors that bounce around your mouth are well balanced. I can honestly say that I really enjoyed this wine. As you know, I am not a fan of grapefruit flavors in wine and Sauvignon Blanc can be full of it. Not this wine. It is there, but it is so nicely blended with the lemon and peach flavors that it nicely fades away. This wine is nationally distributed and is in many Total Wine Stores for $14.99 a bottle, or you can order it direct from the winery. 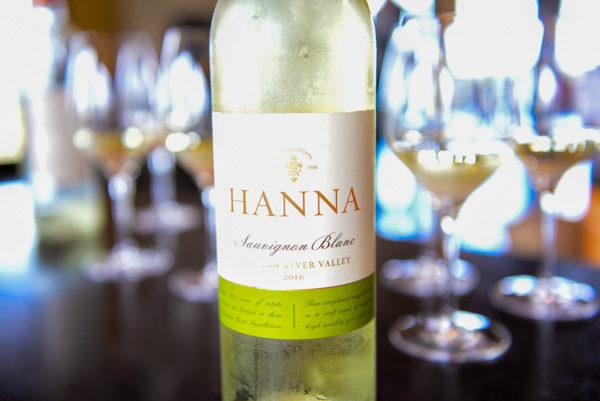 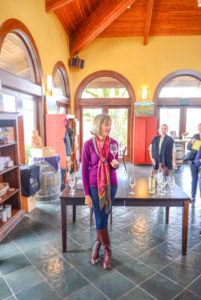 Back to the Land

We were greeted by Christine Hanna, President, and Owner of Hanna Winery & Vineyards. I realize that we were getting the royal treatment, but it was a real pleasure to learn about their history from the founder’s daughter who now runs this show.

Dr. Elias Hanna, Christine’s father, wanted his children to be raised “on the land.” He valued his experience growing up on a farm, and he hoped it would instill similar values for his children. I think it worked. Now 40 years later, Hanna Winery and Vineyards has remained a successful family-run business with his daughter at the helm.

Under her direction, Hanna winery grew from 1,000 cases a year to over 50,000 cases with national distribution. I loved that about them, and that is one of the main reasons I wanted to go to Hanna.  You should be able to find their wine at both independent wine stores as well as regional chains, like Total Wine. 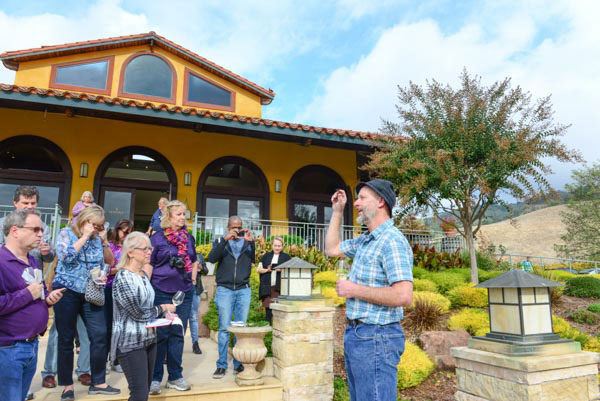 Jeff Hinchliffe, the winemaker at Hanna since 1998 then gave us an experience of a lifetime. He not only gave us a tour of the winery, and talked about his winemaking philosophy but he also then took us to the barrel room to do a barrel tasting of a very rare and scarce wine.

Once in the cellar, we had the pleasure of tasting this year’s recently harvested St. Macaire straight from the barrel. I can imagine some may be thinking, what is the big deal. For you, it may not be, but for a wine geek like me, this is something that few get to experience. This is wine in its infancy. It is now that you can taste the true essence of the grape while savoring its youth. You may even recognize subtleties in the wine that could bloom as the barrel aging ushers this juice to its perfection. This was a thrill for me and when I told Gary when I got home his lower lip protruded like a sad little boy as this is something that he has always wanted to experience. 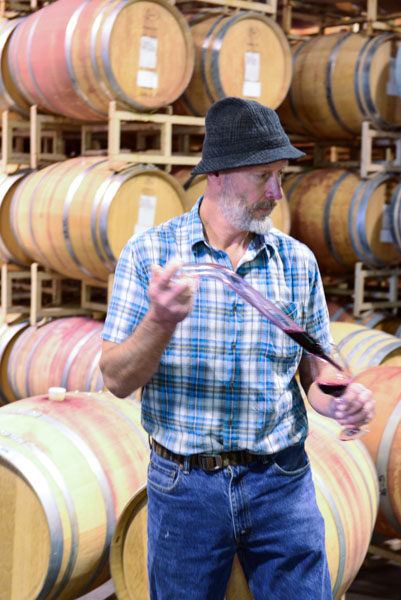 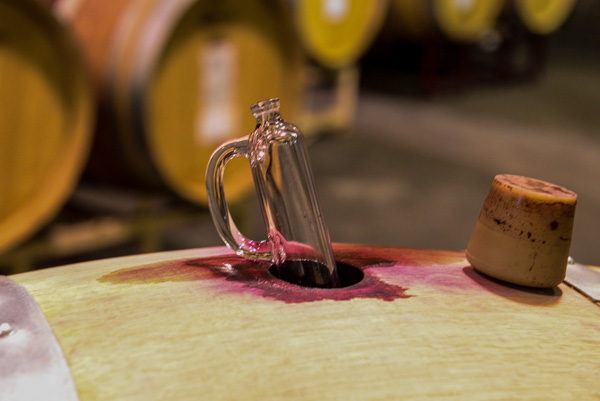 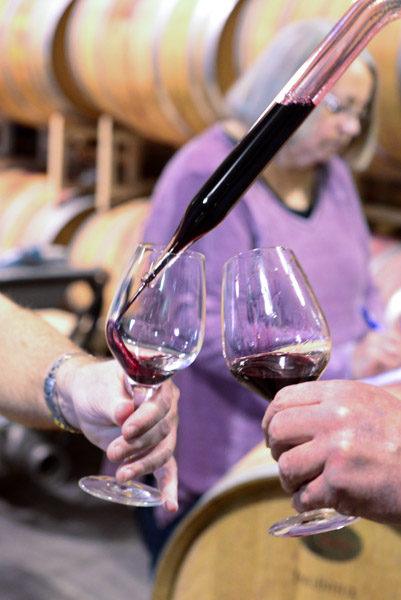 You may not have heard of the varietal called St. Macaire before, and there is a good reason for that. Prior to the phylloxera infestation of the late 19th century that decimated vineyards throughout France and much of Europe, Saint Macaire was used in Cabernet Sauvignon blends by many of the major players in the Bordeaux region. For some unknown reason after the plague, it was not reintroduced to the region and was thought to be extinct.

Years later St. Macaire vines were discovered in California (originally propagated from French vines) and eventually O’Shaugnessy Vineyards had cultivated a half acre plot. Thanks to their generosity, when Hanna went calling they provided clippings so that Hanna could also grow this varietal.

They now also have a half acre under vine, and their first vintage will be available very soon. (not what we tasted that has some aging to do.)

Time for Lunch with Pairings 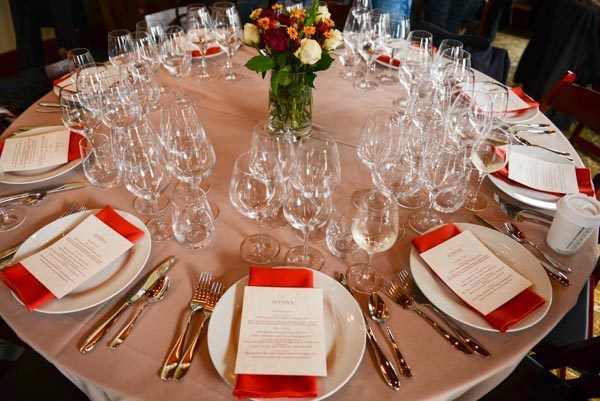 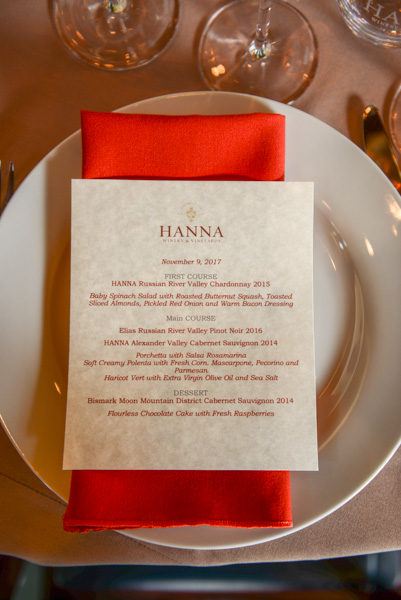 Little did I know that I was in for such a culinary treat when I signed up for this excursion. This three-course meal with pairings was spectacular starting with the Baby Spinach Salad with Roasted Butternut Squash, Toasted Sliced Almonds, Pickled Red Onion and Warm Bacon Dressing paired with 2015 Hanna Russian River Chardonnay. 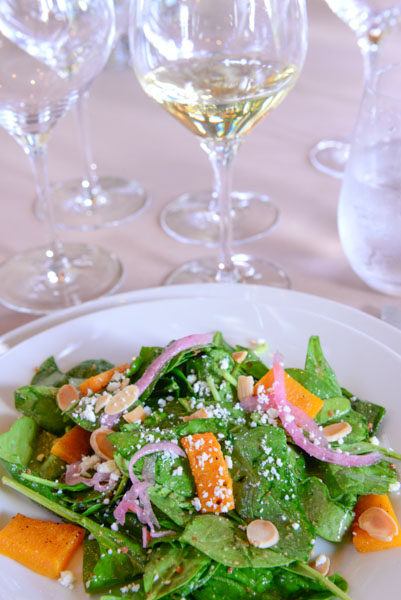 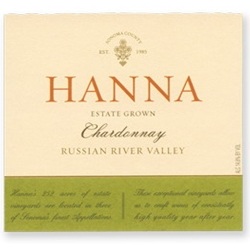 As a new Chardonnay drinker, I have some difficulty in finding bottles that fit my profile. I want clean with balanced acid and fruit. The bacon dressing needed a wine that would cleanse but not cover up the delicate flavor of the roasted squash nor the acid in the pickled onions. Well done. This wine is part of my order that I just placed with Hanna, and I can not wait to share a bottle to see what Gary thinks.

Our main course was Porchetta with Salsa Rosamarina served with Soft Creamy Polenta with Fresh Corn, Marscapone, Pecorino & Parmesan and Haricot Vert with Extra Virgin Olive Oil and Sea Salt. We had a choice of wine served with the main course, 2014 Elias Russian River Valley Pinot Noir or 2014 Alexander Valley Cabernet Sauvignon. Holy cow, their chef can cook! Damn, I wish I was not so overwhelmed at this point of the lunch so I could remember the details that went into the pork dish. All I know is that I could not put the folk down. And if my sister’s are reading this, just know that if you cooked green beans, the way chef did… I would never beg for another green vegetable at our dinners together. 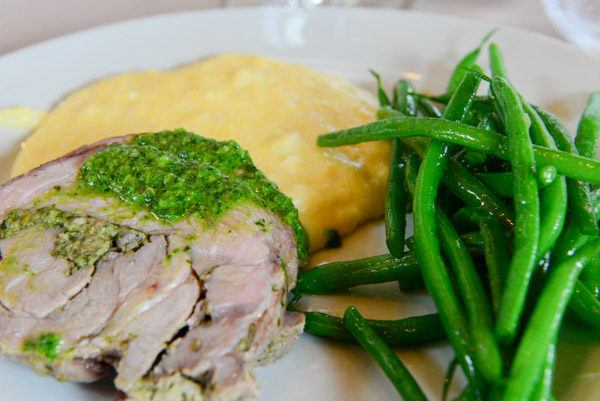 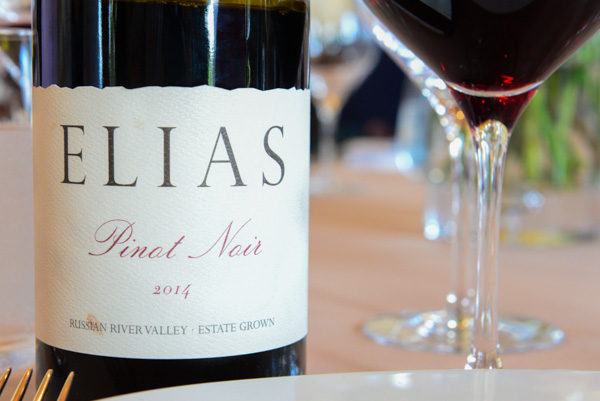 The smoothness of the 2014 Elias Russian River Valley Pinot Noir really spoke to me. If this trip has taught me anything, it’s that the Russian River Valley and I are “muy simpatico.” I have yet to meet a Pinot from this region that I did not swoon over, and Elias is no exception. This wine is big and juicy with dark bing cherries on the nose and with black fruits and spice on the palate.  This wine is also in route to me on my Hanna order, and I can not wait. 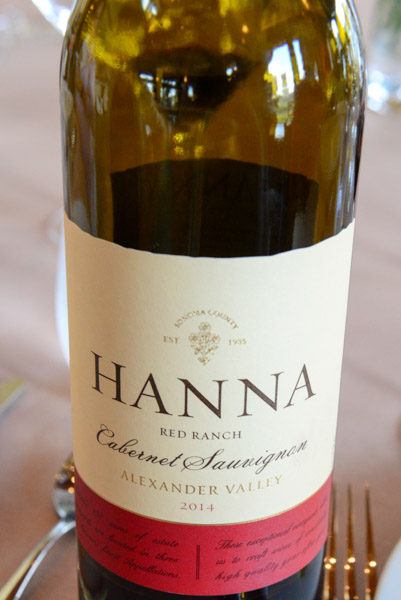 I also sampled the Cabernet Sauvignon. It was also a wonderful pairing although I must confess that my Pinot favoritism took over. My notes at this point sucked, so I do not have more to say about it. If you are a Cabernet fan, this wine is right up your alley.  And while it may not have as big a footprint nationally it can be found.

Flourless Chocolate Cake with Fresh Raspberries – I have texture issues with some foods and have been turned off by the texture of many flourless chocolate cakes. But this one… OMG was like fudge. It was dense and the perfect balance between sweet and dark chocolate. Paired with the 2014 Bismark Mountain Cabernet Sauvignon was a ride on a magic carpet. I can only imagine what this wine will do with some age. But right now it is rich and silky and a perfect compliment to dense dark chocolate flourless chocolate cake with fresh raspberries. 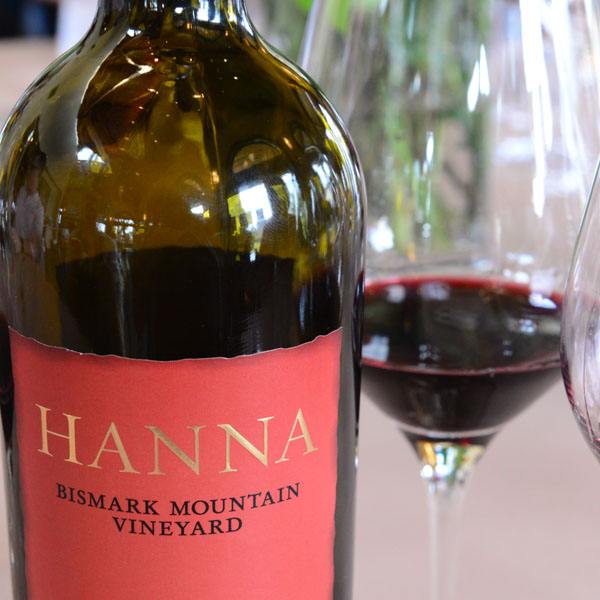 After dessert, I did not want to move. Not because I was overfed but because I was so incredibly happy. Hats off to Christine, Jeff and the Chef and everyone at Hanna. You all made this excursion a highlight of the conference as well as my entire extended visit to the area. 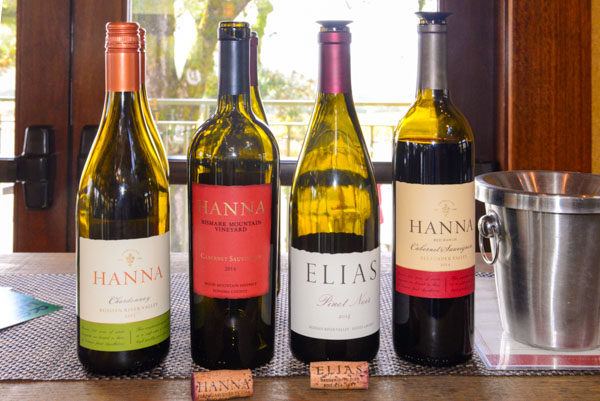 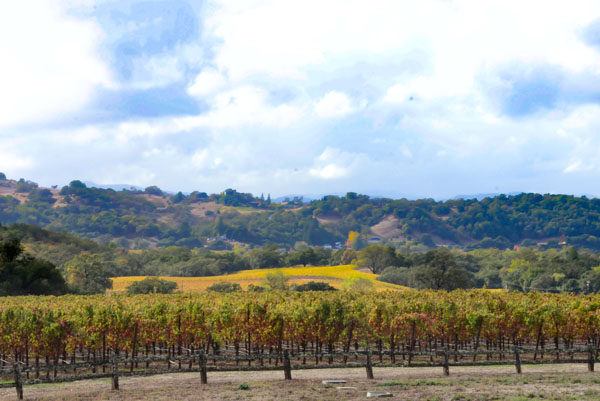 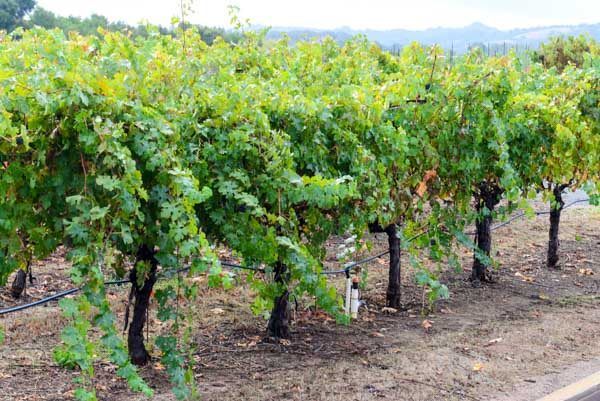 The featured image is courtesy of Hanna Winery & Vineyards.

Be well and Cheers,

Disclosure: I paid an excursion fee to attend this luncheon. 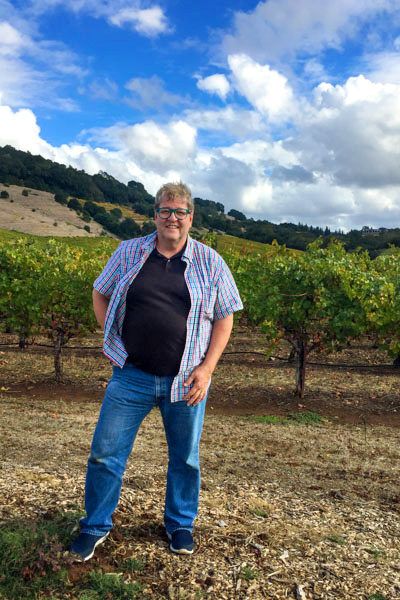