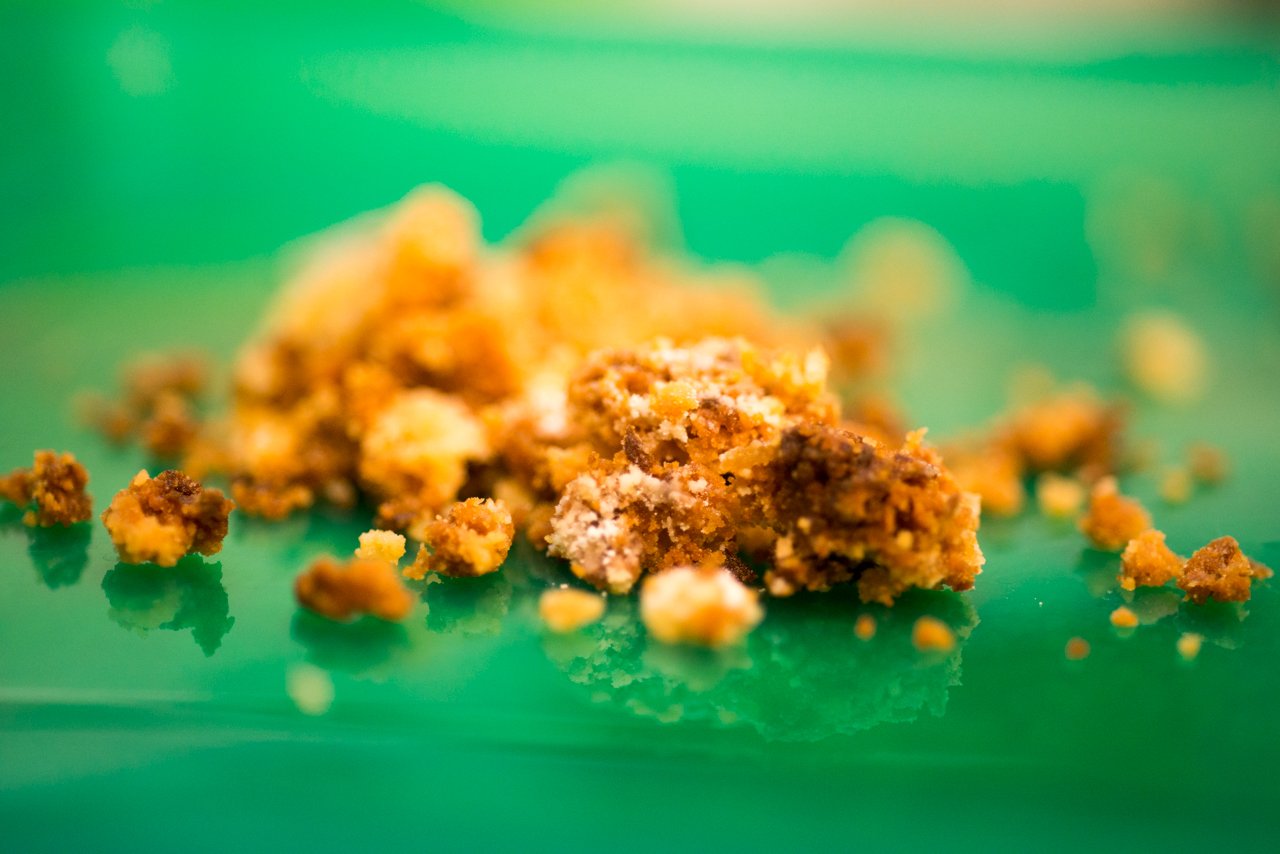 I Failed But It’s OK

I am not a baker. Precisely following a recipe is beyond challenging for me. I am adding just a little more of this or that because in my head it seems like it should work. The operative word here is “seems” because when baking, it usually bites me in the tuchus.  When I was thirteen or fourteen, one year for Christmas I told my mom that I would make all the Christmas cookies and she let me.  The problem was I made up every recipe, and the only one that was edible had a primary ingredient of  Raisin Bran cereal.  Imagine Santa’s face when he bit into that! Needless to say, more cookies had to be made, and I was not allowed in the kitchen.

This process of “a little bit of this or that” usually works when cooking, but rarely works when baking.  I can count the times I succeeded when baking on two my two index fingers, but I keep trying. (My successes were that Krispy Kreme Bread Pudding and a Cherry Pie I made once from dried cherries.)

Today I had a recipe for Lemon Squares that I pulled from the New York Times Cooking Section.  It was never going to be Lemon Squares. I bought pomegranate juice, and it was to be Pomegranate Squares.  Then I tasted the “Pom Wonderful” and decided it would not be so wonderful.  So then it was to be Mango Squares. Not only that but gluten-free Mango Squares. Oh my, I failed.  And I failed on several fronts.

Take a close look at the crumble at the top of this post and now know that this is the crust. Without the gluten or other binding agents, there is no way for this to hold itself together. Additionally, half of the flour I used was almond flour which apparently can burn quickly, and while it does not look like it, looks are deceiving as I can taste it.  I should have known this was beyond my pay grade because of the many failed attempts the gluten free baker in the family has had converting recipes, and she is an excellent baker. But I tried anyway.

The original recipe called for a 1/2 cup of lemon juice. I cut that in half and then pureed some delicious jarred mango (that I get at Costco) to get a 1/2 cup of “mango sauce.”  The problem is that even though this mango tastes great out of the jar, the flavor is not concentrated enough to make a sufficiently strong mango flavor in a baked dessert. 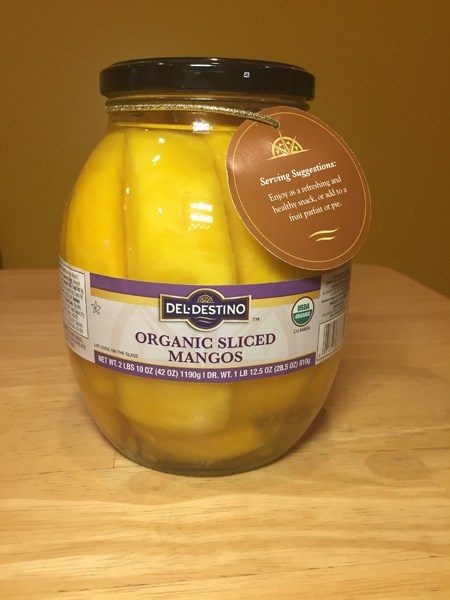 When I was deciding how I was going to make this work I read pages of recipe comments on the NYT website about modifications that others tried. For some reason, this gave me the confidence to move forward.  The recipe called for two cups of sugar in the filling. Lots of comments said to reduce the sugar and one used brown sugar in the crust.  So what did I do?  I swapped half of the white sugar out for palm sugar in the filling.  I like palm sugar, and I put it on all kinds of things.  It would give a caramel richness to the squares, and that may have worked had the mango flavor not been so subtle.

Oh, and there is a color difference too. Palm sugar is brown.  Now, why didn’t I think about that before I used it? Honestly, I did think about it but did not believe that it would be as drastic.  I was wrong.  Not only is the flavor subtle but the color is as well, and the filling turned into something that resembles sweet potato pie filling, and that is not what I was expecting. 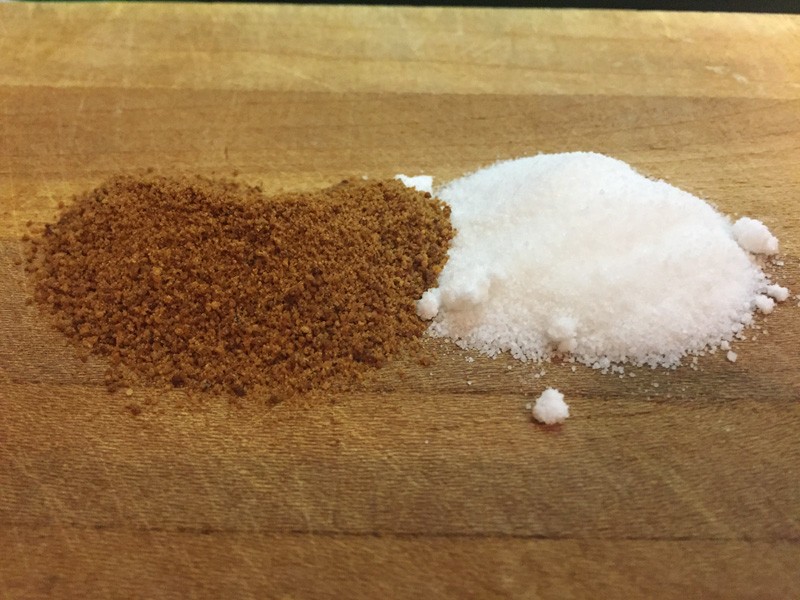 What was I thinking?

I honestly thought that I had this down until I added the palm sugar.  The crust baked off ok perfectly, or so it looked.  The filling flavors while uncooked seemed to work until the palm sugar, but even then it tasted pretty good. (I know eating raw egg is not wise, but it was just to make sure I was on track).  But baking changed the subtleties of the mango, and the crust could not handle the final baking with the filling. Next time I think I will go a bit slower and only change one element at a time until I get that perfected. I still think a mango square could be yummy.

Why am I tell you all this?

I am telling you about this because I failed. This failure is merely an attempt; it is not the final result.  I may never get the result I want for this recipe, but at least I tried. Now I know this is just a dessert recipe.  I am not saving the planet here.  But recently I have heard a number of people “beat themselves up” because they failed at this or made a huge error at that.  They are not pretty enough; I am not skinny enough. Whatever…

And you may scoff that I am comparing a failed dessert to one’s self-esteem or career or body image, but nothing happens until when we try.  So for those of you beating yourself up because you tried and failed at anything… Please be good to yourself and whatever it is you want to accomplish just keep trying, even if it’s the second or the fifth time.

When this culinary disaster was created in my kitchen, I could not have posted anything for today, or I could have plugged in a post planned for another day, and you would have been none the wiser.

I guess I could have had Gary write this post because he actually likes my Gluten-Free Mango Squares. 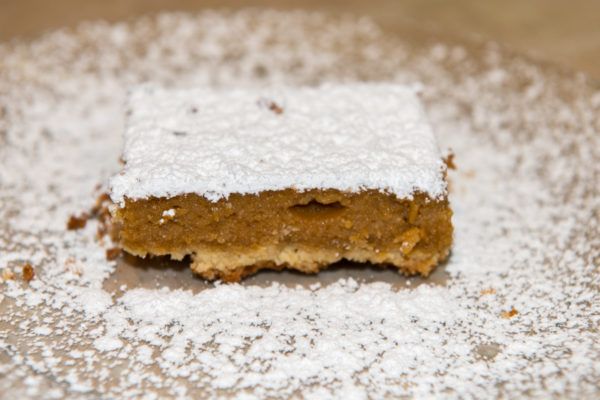 But I did not. In my book, this is a fail, but that is ok. It kinda looks like a pumpkin square doesn’t it?

Failure is the first step to getting it right.