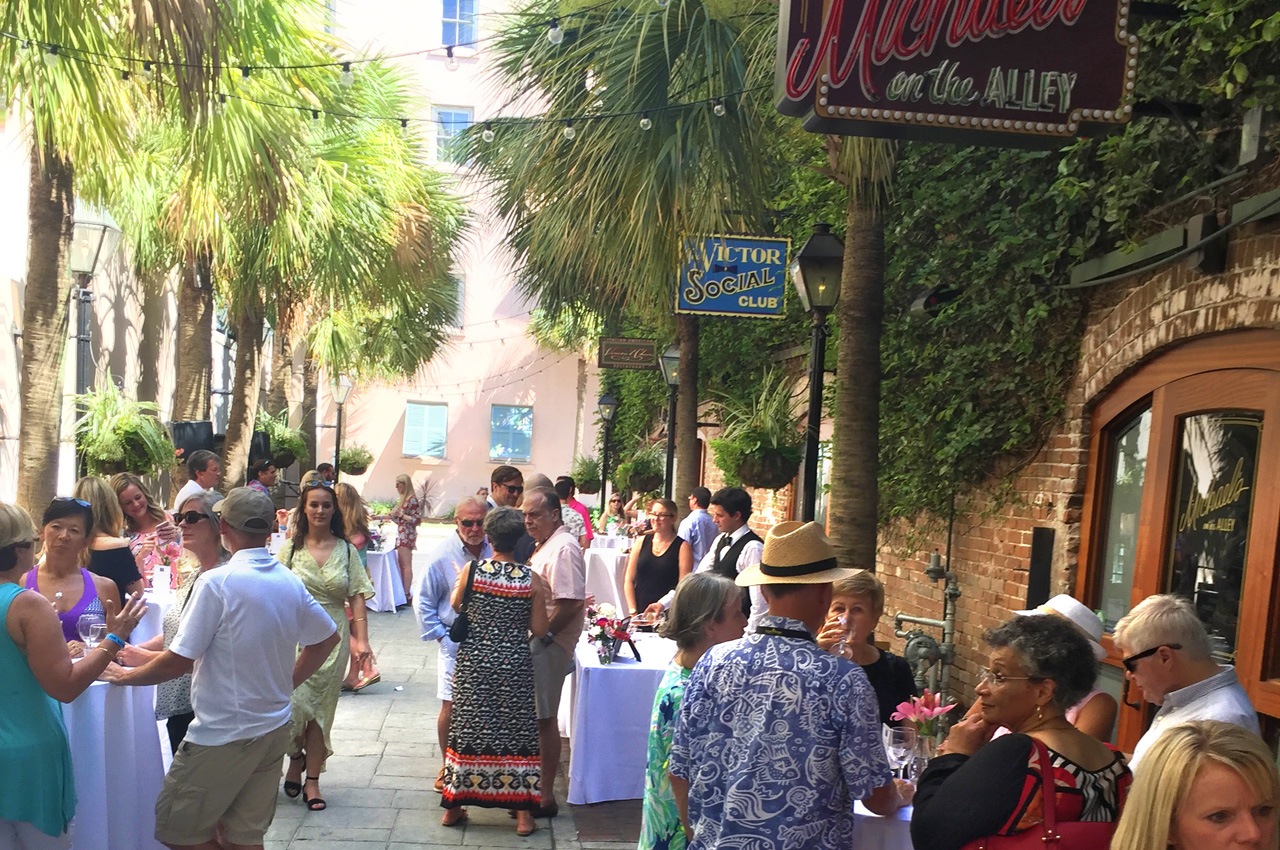 One last push for my first survey.  I hope to get a few more responses so if you have not yet completed it, please do now. Click Here then scroll down until you see the box.

Hutson Alley is a private walking thoroughfare that connects several of the Holy City Hospitality restaurants with Vincent Chicco’s on one end and 39 Rue de Jean on the other. Michael’s on The Alley, The Victor Social Club, and Coast Bar & Grill are in between, and Virginia’s on King is just around the corner. The alley faces a parking facility, so you have no neighbors to speak of which makes it a decent private event space.

Producing Rosé on Hutson Alley and other similar events throughout the year promotes the HCH properties and bring locals to the area. For this event, tickets were $50.00 per person and could be purchased online. Only 80 tickets were available to make it a comfortable and cozy event for those in attendance.  (Note: The event did sell out.).

There was no question that I planned to attend this event.  Billed as a rosé wine tasting “celebrating the official wine of summer,” it was a no-brainer. So I bought two tickets online which was simple to do, and we looked forward to attending. 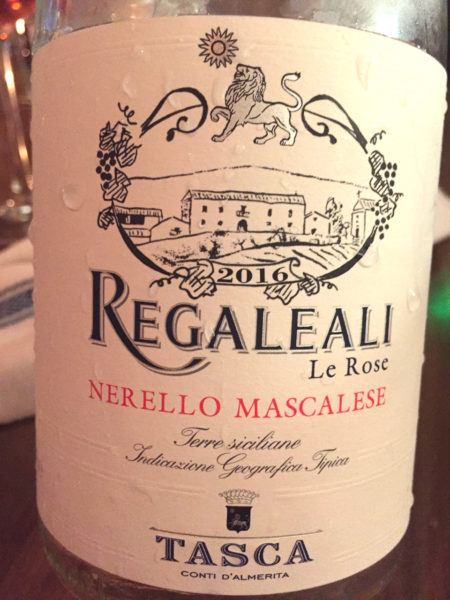 My Thoughts on the Event

First and foremost, we had a blast!  We had two friends also attending, and we always have fun with Steven & Michael.  Being the “shy and unassuming” guys that we are (jk), we also met many others like Kayla and Brittany who ended up joining us for dinner after the event ended. That said, for $50 price tag there were only three passed hors d’oeuvres plus a dessert hors d’oeuvre.   (We were told about the third because we never saw it.)  The salt cod fritter and the pesto flatbread were delicious as was the poached pear dessert, but after eating a few, we needed something more to keep our wits about us.  Given the number of wines to try, I would have liked a food option at each tasting table, but that is just me.

This was a fun party where we got to try a variety of rosé wines. If you liked the wine, you could go back and get more, and that was awesome. That aspect is what made it such a fun party, and we were there close to the entire event.   As a wine tasting, I would call it “untraditional.” There were nine wines to taste plus a “frosé.” Two wines were from California, one from Oregon, one French sparkling, two French still, one Italian sparkling and four Italian still.  (Yes, lots of Italian)

The wines, I must assume, are the wines sold in the HCH restaurants. When asked where we can buy a particular wine we were told that these wines are not available in retail which was disappointing at first, but we easily moved past that.  It was also somewhat of a challenge learning about the wines.  The distributor staff wandered from table to table but knew little or share few specifics when asked.  There were no fact sheets or other information about the wines.  Once we realized that we could not purchase the wine that too became unimportant as well.

If you went hoping for a traditional wine tasting, you might have come and gone in less than an hour and left disappointed.  But if you came for a rosé wine party it was a blast. Next time I will get together a group of friends. I will go “wearing my party hat” and will have a grand time.

If one of the goals of the event was to get us into an HCH restaurant then it worked.  Six of us went to 39 Rue de Jean for dinner and kept the party going.