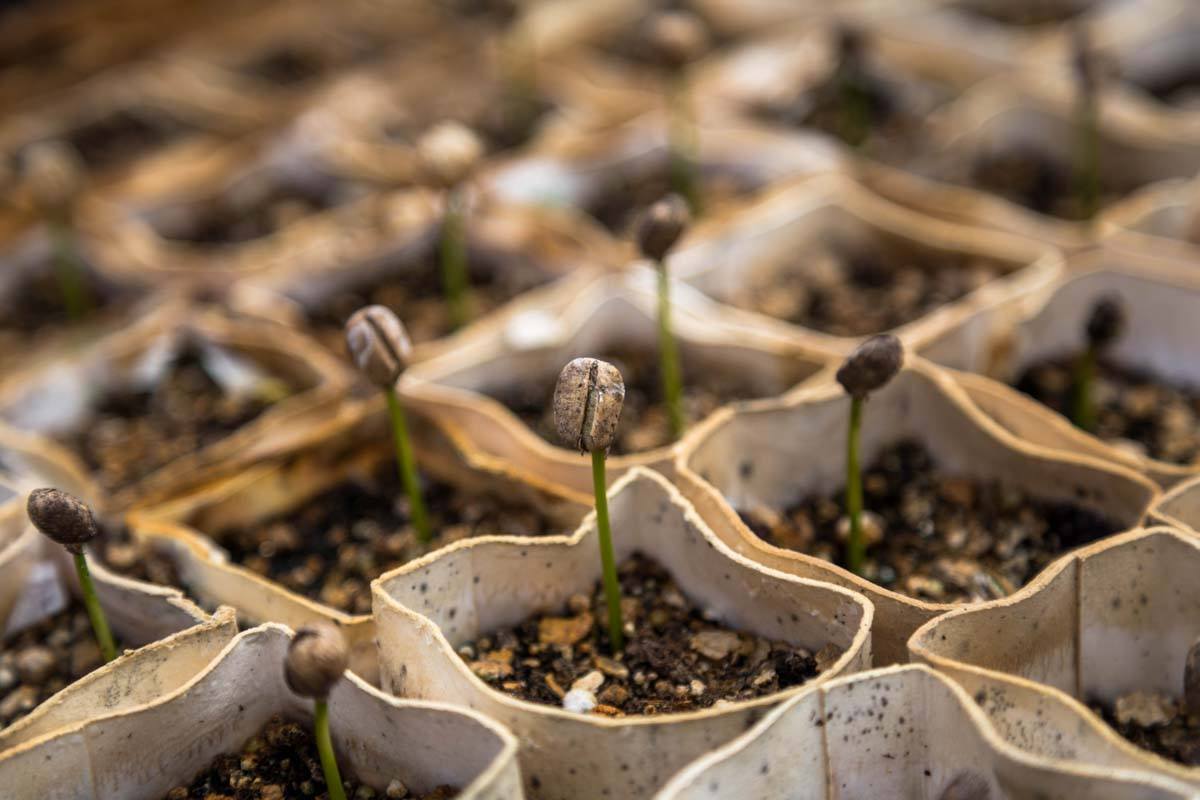 Coffee 101: Origins and the Magic Bean

ATTENTION: If you downloaded the Chicken Tikka Masala from yesterday, please download again and do not use the original pdf. You can download here or on the Tikka Masala Page.

Now back to our regularly scheduled program….

Assuming that the coffee you drink does not come from a can with a name like Maxwell House or Folgers or in a jar with a name like Sanka or Taster’s Choice then this primer may be of interest to you. Now I am not judging you for drinking those or similar coffees (ok, yes I am. I am judging you! You would be judging me too. jk! ) but coffee is complex and very similar to wine in many respects.

Coffee and wine have a few things in common in addition to being my primary beverages. The most significant similarities include where it is grown, how it is grown, and then what happens to it once it is harvested. These things all have a huge and direct impact on the resulting flavor characteristics of coffee as they do wine. So please indulge me as I share some facts and anecdotes about the beverage that starts every day of my life, coffee. Think of this as Coffee 101: The Origins and Intro to the Magic Bean. 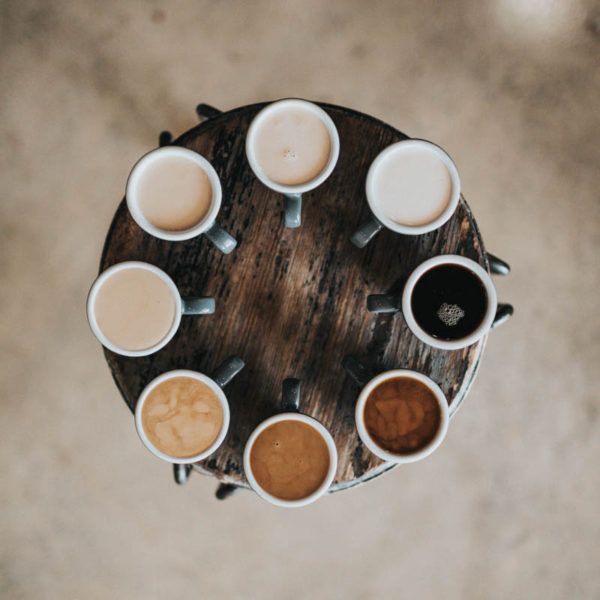 Thank you to Nathan Dumlao for allowing the use of your image.

Coffee originated on the African continent and specifically the country of Ethiopia. As legend has it, a goat herder noticed that after the goats ate the fruit (aka beans) from the coffee tree, they would be much more playful and energetic and would sleep less at night. Hmmm, not long after this discovery he too started eating the fruit from the coffee tree. And so it began… following the lead of some pesky goats and next thing you know the coffee cherries were mixed with fat to become the original energy bar.  At least this is the legend. 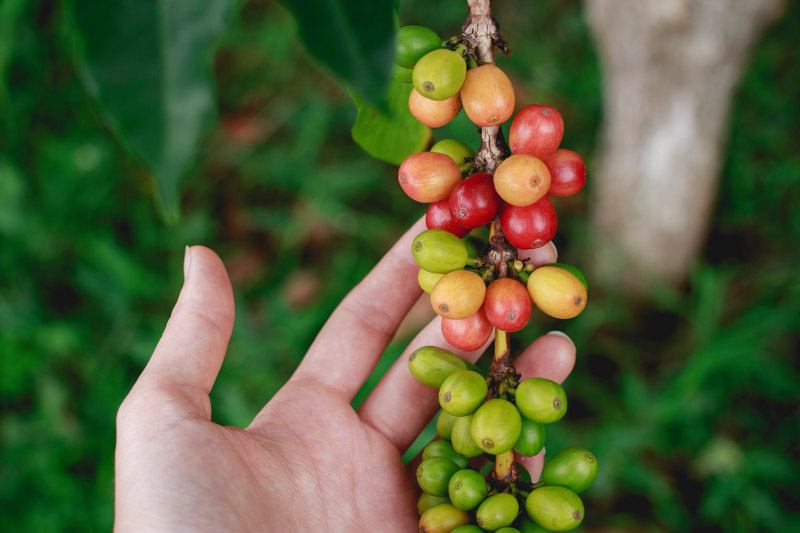 Thank you to Katya Austin for allowing the use of your image.

Coffee as a beverage can be traced back to monasteries in Yemen in the 15th century that soon spread throughout the Middle East. Coffee later reaches Europe in the 16th Century thanks to the British and Dutch explorers and the trade companies they established in the Middle East and India. Trees were taken to locales near and far to keep the coffee production closeby and coffee houses exploded around the world. And the rest, they say is history.

There are two variant strains of coffee: Arabica, and Robusta. Seventy percent of the world consumes Arabica coffee which is mild, less acidic and more aromatic. Robusta which is consumed by the remaining thirty percent is more bitter but has twice the level of caffeine. Robusta is used in many instant coffees. 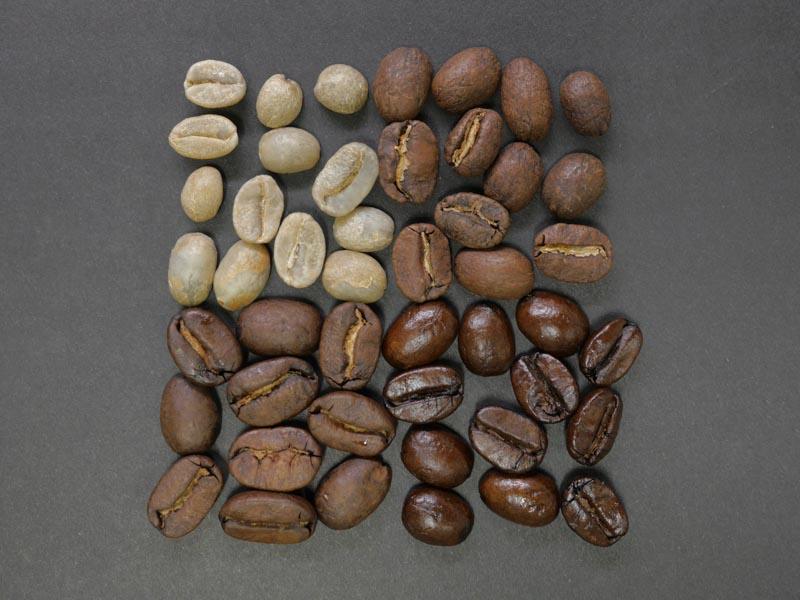 Thank you to Nousnou Iwasaki for allowing the use of your image.

Terrior is used when talking coffee in much the same way it is with wine. Environmental factors affecting the quality of the bean include soil type, elevation, annual precipitation, average temperatures and amount of sunlight. Thus the regional differences in the acidity, balance, body, fruit and/or earthiness of the coffee bean are dependent upon the terrior. And while the following are generalizations they pretty much hold true. 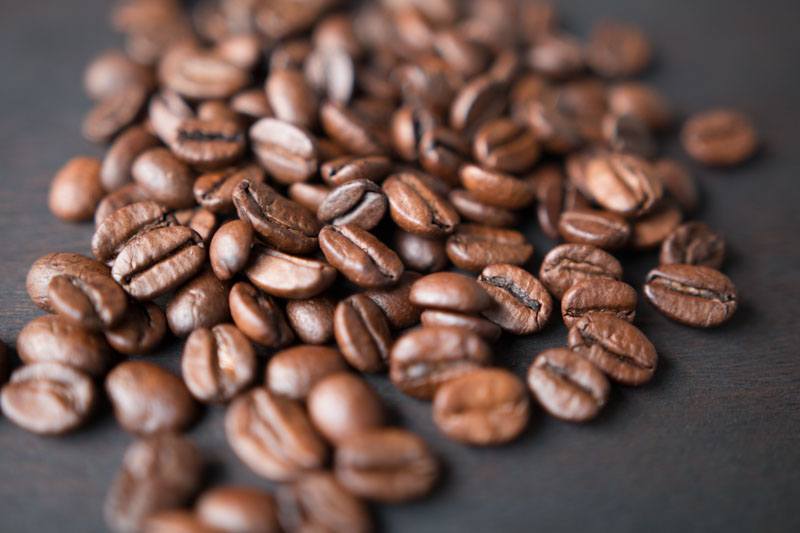 Thank you to Mark Daynes for allowing the use of your image. 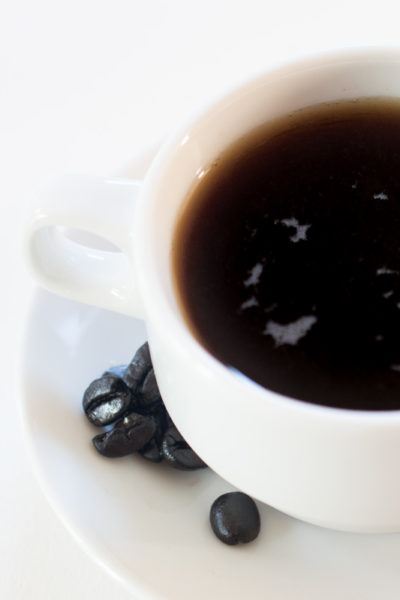 Well, that is all for now.

Thank you to Christian Joudrey for allowing the use of your image as our featured image.